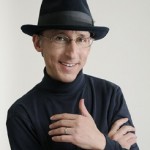 Jeremy’s work explores sex in its sunniest form. His explicit, quirky fiction celebrates joyful sensuality, libidinous urgency, offbeat romanticism, and the pleasures of language and laughter—with the focus on cerebral, sexually self-aware women and the men and women who adore them. His greatest goal in life is to be sexy and witty at the same moment—ideally in lighting that flatters his profile.