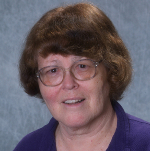 Sacchi Green is a Lambda award-winning writer and editor of erotica and other stimulating genres, which has led to a thigh-high accumulation of contributor’s copies with quite inspirational covers. Wait, make that breast-high by now, but then again, she’s not particularly tall.

Her home is in western Massachusetts, with an alternate retreat in the mountains of New Hampshire. She does make forays into the real world regularly and widely, but her wildest journeys are taken in her mind, and she loves to share them with her readers.