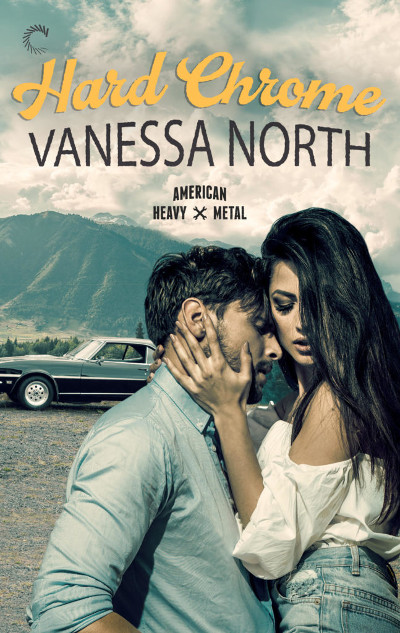 Two days without shaving have turned Duke’s customary stubble into softness, not quite a beard, but that doesn’t stop me from itching to touch it.

When I do, his eyes flutter open and his lips spread in a grin. “Mornin’, princess.”

I scoot closer so I can kiss him, and the next thing I know, I’m on my back, hands over my head, and he’s grinding down into me as we kiss. Heat builds fast, coiling tight in my belly, flooding my pussy with wetness. I spread my legs to wrap them around him, and he groans into my mouth.

“God, I love waking up with you,” he whispers as his hand sweeps low, finding my clit with unerring precision, drawing a sharp cry from me. “So wet, so needy. You love this, don’t you?”

“That’s right, own it, princess.” The note of admiration in his voice makes me want to preen for him. I arch into his touch, and his other hand grips my hair, holding me right where he wants me. A month ago, I would have panicked at such a controlling touch, but I know what’s coming next, and I’m desperate for it.

He rubs his chin along mine, the sweep of his beard a delicious contrast to the gentle curl of his fingers into my body. I can’t keep my hips still as he lets go of my hair, moves down the length of me, teasing my nipple then my belly with his scruff. When he stills my hips with one hand and spreads me open with the other, my breath catches.

“Wish you could see how pretty you are,” he says, then blows gently on my clit.

“Mmmmm, so sweet.” He teases my inner thigh with his chin and pushes two fingers back inside me.

It’s not enough. I twist against the hand holding my hips still, but it’s no use. I’m entirely at his mercy, my throbbing clit aching for his touch while those two fingers slide in and out of me.

“Could watch this all day, princess,” he murmurs. “Knowing how worked up you are, how much you’re dying for it. And you’ll keep taking it just like this, won’t you?”

“I’m going to fucking kill you.” But he’s right, and he knows it.

He laughs. “Oh, yeah.” He turns his head to the side, biting one inner thigh, then the other.

Tanner Ellis left American Heavy Metal in her rearview mirror. She didn’t see the beauty behind the grease stains and the polished chrome until it was too late. Now she’s back, determined to save her father’s legacy—and bring the South’s premier classic-car shop into the new century. Nothing is going to stop her—especially not the sexy tech who refuses to follow her lead.

American Heavy Metal is the only home Duke Wilson’s ever known, and no high-heeled, sharp-tongued princess is going to take it away. He tolerates Tanner’s advice, and it’s fun to push her buttons, but she doesn’t belong in the shop—never has, never will. The sooner she realizes that, the sooner he can find his new normal.

When Tanner falters, revealing the pain beneath her bravado, Duke comforts her the only way he knows how. And when violence from his past threatens their future, she’ll be there for him, offering him the one thing he’s always wanted—a shot at a real family. He just has to convince himself to take it.

This book is approximately 49,000 words

Vanessa North is a romance novelist, a short fiction geek, and a knitter of strange and wonderful things. Her works have been shortlisted for both the Lambda Literary Award and the RITA© Award, and have garnered praise from The New York Times, The Washington Post, and Publisher’s Weekly. She lives in Northwest Georgia with her family: a Viking, twin boy-children, and two large dogs.

Giveaway: Vanessa North is celebrating the release of HARD CHROME with a big giveaway! Three prizes are up for grabs: (2) $10 Amazon Gift Cards and (1) Signed Paperback of Hard Chrome + some serious auto-shop inspired swag!