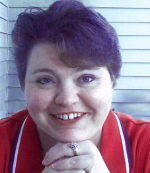 First of all, thank you for hosting me here on the Erotica for All Blog. I appreciate the opportunity to share a bit of myself and my work with your audience.

Marriage of Convenience, Marriage Under Duress
Stranded with a Stranger
Captured Heroine
Runaway Bride
Secret Baby
Reunion Romances
Back from the Dead Stories
Mistaken Identity
Woman in Jeopardy
The Dad Next Door

I’m a big fan of the marriage of convenience/marriage under duress plot.  There is something intriguing about being forced into a marriage…forced into that level of intimacy…especially with someone you don’t know. My novel His Perfect Submissive is written using the marriage under duress plot hook. In His Perfect Submissive my heroine Kara who was kidnapped and raped when she was seven is put in the position of having to face her worst nightmare — being intimate with a man — in order to save her brother and ultimately her mother who is in poor health and who would not survive her brother’s trial and subsequent incarceration.

My next novel Dominant’s Regret, which I am still working on, is written using the reunion romance plot hook. In Dominant’s Regret my hero and heroine who are still married and who once shared a Dom/sub relationship are forced back into close proximity with each other. The characters are forced to face the issues that ruined their relationship the first time around.

In Dominant’s Regret the hero and heroine aren’t a traditional vanilla couple getting back together. Instead Trent was Lacey’s dominant husband. He screwed up and let her down big time, and now he has to go back to square one, rebuild the trust that he lost and rebuild the relationship with new rules of engagement that work for both him and Lacey.

I’ll leave you with an excerpt from His Perfect Submissive.

She glanced up from her plate and caught his eyes resting on her. His expression was relaxed and intimate, like a gentle touch. It made her feel toasty and a little tipsy, sort of like the feeling she got at New Years when she drank champagne. She smiled self-consciously and glanced away from the intensity of his gaze.

“I know I’ve told you what I want from marriage, but I never slowed down enough to ask what you want. I’m sorry I didn’t ask sooner.” He cast her a half smile, just a twitch of his lips, and a softening of his features. “Are there things you want to be part of our marriage?”

She nearly choked on her turkey and had to take a drink of her Mountain Dew to wash it all down. “I’ve never really thought about it,” she said when she recovered. “I never planned to marry.”

The words reminded her how hopeless their marriage was and how dishonest she had been in not telling him about her past. She sucked in a deep breath and let it out again. Slade had managed to touch some sensual part of her without waking the demons inside her, but she couldn’t imagine she’d feel anything but claustrophobic desperation when his weight was on top of her pushing her into the bed.

“Even so, you are married. There must be things you want from marriage,” he coaxed, drawing her mind back to the conversation. “I can’t make you happy if I don’t know what you want or what you need.”

She looked across the table feeling lost in the question and in his unflinchingly steady gaze. The earnestness in his words and in his gaze made her believe he did want her to be happy. She struggled with what she needed, what she wanted and whether she wanted any part of the marriage at all.

She’d been forced into it in the first place. She never would have chosen to marry at all if it hadn’t been the only way to keep her brother out of jail. Yet, now that she was married…she couldn’t envision enjoying sex, with anyone, and yet she liked Slade.

She dipped her head, shying away from the power of his gaze and then stealing a glance at him as she started to speak. “Trust isn’t easy for me,” she said in a small voice.

Slade nodded. “I need to be able to trust you Slade.” Her voice sounded pleading and she hated the weakness in it, the beseeching quality.

“What else do you need? Kara?” His voice was soft, a whisper of sensation that affected her almost like a touch.

Her tummy tightened as if he had touched her. She glanced at her hands knotted against the Formica table. “I would like to—” she swallowed hard and blinked back tears that rose in her eyes, hating the fact that she felt teary all of a sudden.

She looked at him through the glimmer of unshed tears and read in his expression only an honest desire to understand what she wanted. “I would like to feel at least cared for.” The admission left her feeling cold and alone, as if she was begging for scraps of affection that she was not entitled to. “I know that wasn’t part of our agreement but-—the idea of having—of—” She sucked in a deep breath and closed her eyes fighting the tide of embarrassment that washed over her.

She opened her eyes feeling utterly embarrassed. His knowing smile loosed a tingle of awareness that shot through her making her feel cared for and protected in spite of her embarrassment.

“The idea of doing—that—without you at least liking me a little bit makes me feel-—really empty.”

Comment to win! At the end of the tour, Alyssa will be giving away a $15 Amazon giftcard for the host with the most comments, and also to one random commenter. Be sure to check out the other sites in the tour to increase your chances of winning!