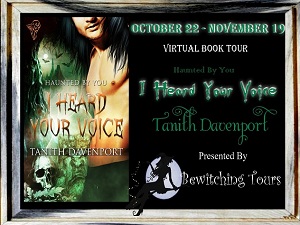 The Spirits Are Willing But The Flesh Is Weak

When I draw up a new heroine, I like to give her some distinctive traits. Take my new heroine Tamar Steele. She’s a sensitive with a paranormal investigation team, but to set her apart she’s also the team’s webmaster, a history buff (who shares my opinions on Richard III) and, most notably, a sufferer of chronic back pain.

I initially added this in an attempt to improve awareness of the condition. I was diagnosed with chronic thoracic back pain and mild scoliosis last year, and it didn’t take long for me to learn that it’s a condition with surprisingly little written about it. Mention back pain, especially when you spend as much time in front of a computer as I do, and the immediate assumption will be that it’s lower back – in fact, following my diagnosis I Googled it and every medical site leapt straight to lower back pain with almost no mention of the upper back. Even my doctors took a good six months to accept that the pain was in my neck, shoulders and just below, despite the fact that – as I eventually discovered – they had a perfectly good diagram showing areas of pain with “THORACIC” in very large letters right where it should be.

And there’s nothing they can do. I’ve seen physiotherapists, chiropractors, osteopaths, and all I’ve achieved is a considerably lighter wallet and in-depth knowledge of which joints can crack really loudly. So, as I sat in front of my PC laying out the morning’s painkillers, I decided to give Tamar a back problem and see how it worked for her.

The car park was deserted, shadowy. They crossed to the left-hand corner, not speaking, not touching. Tamar unbuttoned her coat as they walked and let it hang open as she unfastened her jeans. As she unlocked the door, she heard a rustle behind her, but didn’t turn round. That would be Reed retrieving a condom.

Opening the rear door, she threw her coat into the footwell before climbing inside on all fours. The seat bounced beneath her as Reed crawled in behind her—then the car rocked slightly with the slam of the door.

She felt his hands tug at her waistband, taking her knickers with it, then his warm weight was on her back and her thighs parted automatically as she felt him enter her on the first thrust.

One of his hands slid under her sweater, pushing her bra upwards to caress her bare breast. Tamar gasped as his thumb ran over one pebbled nipple, the sensation sparking something inside her. She ran her hand down her body to the fork of her thighs, already wet, and toyed with her soft folds.

Reed groaned, his movements quickening, his hips crashing against hers with every thrust. Clutching at the seat, Tamar pressed her fingers to her clit, moaning, her pleasure beginning to mount. She dropped her head onto her arm, muffling her cries in her sleeve as her body jolted under Reed’s, his voice echoing inside the car, oh God and yes and fuck and she was so close, so fucking close—tingling, aching, needing, yes—

“Oh!” Reed gasped and tightened his arms around her, crushing her to him. Tamar arched and groaned, grinding out her own orgasm against her hand.

For a second they were still, both trembling with aftershocks.

Then Reed let Tamar drop heavily onto the seat, rolling himself into a seated position. Tamar shifted onto her side and watched him peel off the condom—unceremoniously dropping it onto the floor – and swiftly re-fasten his jeans before closing his eyes and touching his index fingers to his temples.

Then, without another look or word, he opened the car door and was gone, slamming it behind him with a force that rocked the chassis.

Rolling onto her back, Tamar pulled up her knickers and jeans. She cast a glance of distaste at the leaking condom and climbed out of the car, wincing slightly as another stab of pain wracked her body. Reed’s ritual had done her back no favours. 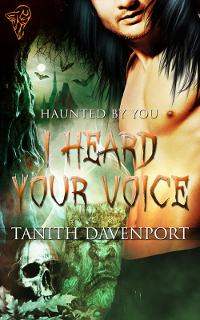 Tamar Steele’s life was never supposed to be like this. A sensitive working with a team of paranormal investigators, she is trapped in a loveless relationship with the team’s medium, Reed James, who believes that having sex on haunted ground enhances paranormal activity. Tamar maintains their partnership for the sake of the crew, forcing herself to ignore the burgeoning sexual tension between her and fellow investigator Jason Bray.

Until one night when, alone and bored, Tamar sings to herself and is knocked to the ground by an invisible force. Somehow she is able to invoke spirits with the power of her voice. And one particular sexy, matchmaking spirit is determined to turn her life upside down.

Tanith Davenport lives in Yorkshire with her long-suffering husband and pampered cats. Her interests range wildly between rock music and modern cinema to medieval literature and the language of flowers. She loves to travel and dreams of one day taking a driving tour of the United States, preferably in a classic 1950s pink Cadillac Eldorado.