It only ran for a few series and its final episode ended with a song called ‘Kinda Lingers’ – “Goodbye is the hardest word to say, so let’s just say Kinda Lingers”. Ha, ha, at the time, in my naïve youth, I didn’t get the joke! I thought, yeah, quite a nice sentiment for the last episode but I didn’t understand why it merited the canned laughter. 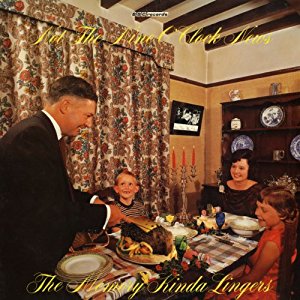 So, in homage to the ‘Not The Nine O’Clock News’ song I created a character inspired by it… Kina Linguzh. She’s a Polish-born, lesbian dwarf, who is also an agent of the Prussian Empire’s secret service (yeah, I know! – you’ll have to read the story to find out more).

She gets kidnapped and one scene has a group of characters wandering around the ruins of Pompeii calling “Kina Linguzh…Kina Linguzh….Kina Linguzh!” in a tribute to the song, and my own naïve youth. 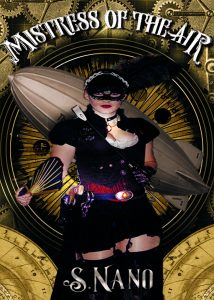 Lady Sally orchestrated proceedings, taking the images from the frescoes and reproducing them in a present-day Dionysian orgy of sexual ecstasy. She reproduced the painting of the satyr seducing a maiden by having the judge who had the right amount of body hair for the role, to grope her breasts. The mosaic of a woman crouched over a man, fondling his cock was replicated by her and the dwarf with the men. The fresco of Pan, yet another god of fertility (the Romans liked their fertility gods) was acted out with the banker who was made to strut about as if he had the legs of a goat. The scene of a man performing oral sex on a lady as she reclined on a couch, her legs splayed to offer up her sex to him, was enthusiastically joined by the bishop. The men were made to copy the scenes of homosexual acts, which principally showed men bending over a reclining partner to suck cock.

A series of frescoes depicting the sexual act was re-enacted by Lady Sally. This involved many positions: bent double as the banker took her from behind, reclining on the stone divan with her legs on the duke’s shoulders, lowering herself onto the judge as he lay on the couch, crouched on the floor ‘doggy’ style and many others, as they took turns to enter her. She had several satisfying orgasms in the course of the action, and much spunk was spent by the men during an afternoon of frenzied fucking.

Lady Sally noted, with irritation, that most of the frescoes depicted the men in dominant positions, but that could not be helped if she wanted to recreate the images faithfully, and certainly didn’t detract from her enjoyment.

The dwarf was an enthusiastic participant in the proceedings. She declared that though she may be a lesbian she was not averse to sex with men. Victoria remained fully clothed in her maid’s dress, and had to clean up after them, as was fitting.

The entourage was exhausted and sticky with sweat, and other body fluids. They could have done with a relaxing Roman plunge bath, but unfortunately the sauna at Pompeii had not been in use for millennia. Frau Linguzh, complaining she always needed to pee after sex, sneaked out of the stone house to find somewhere secluded. The others got dressed, ready to leave the Roman brothel and its frescoes to have their picnic. By the time they were ready, the dwarf had still not returned. They waited longer, but she still didn’t appear.

“Perhaps, this has been a ploy to give her a chance to escape from you,” suggested Victoria.

Captain Wyndham’s approach was more focused. He followed the dwarf’s footprints in the dust. He was an experienced tracker, having pursued warriors across the Kenyatta Plain during the Zulu Wars. The tracks led to shrubs behind the former brothel, into which she must have gone to find somewhere private to pee. When the captain inspected the ground there, his concerns were confirmed. There were various prints, only one set of them the distinctive, small feet of the midget. There was evidence of her having been ambushed and dragged away.

The captain called Lady Sally over. The conclusion was inescapable… Frau Linguzh had been kidnapped.

His second novel, ‘Mistress Of The Air’ was published by eXcessica on 21st April 2017.

Make sure to follow the whole tour—the more posts you visit throughout, the more chances you’ll get to enter the giveaway. The tour dates are here: http://writermarketing.co.uk/prpromotion/blog-tours/currently-on-tour/s-nano/