Were there any scenes in For The Bite Of It that were particularly difficult to write, or especially fun to write?

The scene with the big revelation (you’ll have to read the book to know what the revelation is) was tough because we had to strike the right balance between incredulity, fear, and still wanting to be together. The scenes in Vince’s home world of Verno were fun to write. And the sex scenes came very easily <grin>.  We’re working on Book 3 right now and there’s a scene where John’s mother meets Vince and Angelo that I loved writing.

What feeling do you hope the reader walks away with after reading For The Bite Of It?

There’s not a better feeling in the world for an author than to know that her reader gets to The End with a sigh of satisfaction for a tale well told. We didn’t do that so well in the first publication of this book. We ended with a ‘happy for now’ but our readers clearly told us they wanted more. Enter: the second edition of Vince and John’s story with an extended ending. That’s what I want for my readers every time– a feeling of real satisfaction when they finish the book, and a sense of anticipation about the next installment.

Which character did you like writing about the most, and why?
This is the one book where I just cannot pick a favorite character — no truly — every other book I could probably pick one. But here, Vince, John, Angelo – they were all so much fun to write. Each is unique, as are their quirks and voices.

Tell us about how you develop your characters. Do you create character sheets, do interviews, that sort of thing? How does your research and/or world affect your character development?

Writing with a co-author does mean we have to plan things ahead of time. For this story, we realized we hadn’t done as much planning as we should have and we kept having to stop and re-group: Would Vince do this? Would John have done that? So for our next project which is a science fiction series,  we did in depth character sheets using the tools on the Writers Helping Writers website. For Vince and John, we went back to the Enneagram and developed their traits a bit more after writing Book 1. I feel like I know them, like I know myself. <grin>

Thanks so much for having me on your blog!

Excerpt from For the Bite of It:

Yet, thoughts of Vincent kept buzzing in his mind at the most inopportune times. He savored the memory of the taste of Vincent’s skin, and the heat generated from the tight clench of their bodies. Besides that tempting body, the intelligence sparkling in those lively eyes kept him interested. They both loved water, and he’d bet Vincent would take to sailing as if he’d done it all his life. Their amazing night together hinted of what it could be like in the future.

Fuck. He missed the bastard.

But it wasn’t the reason why he sped toward the bakery. No. He had to pick up the cupcakes for the party, and ask Vincent how he obtained information on him. John parked in front of the plate glass window. Not ready to face Vincent yet, he stayed in his car for a few moments.

Putting on his cop face, he pushed on the door meeting with resistance. Looking at his wristwatch, he cursed under his breath. Vincent had closed a few minutes ago. He rapped on the glass and thought back to the last time he’d been here. If only he could brush the misgivings and misunderstandings between them under the carpet. But that’s not why he came here. He reminded himself again. For the cupcakes, and to ask Vincent about his vacation.

Vincent opened the door and didn’t say a word as he disappeared into the kitchen.

Okay, so he was getting the silent treatment. 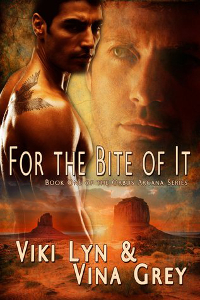 For the Bite of It, Amazon buy link

A vampire, a cupcake, plus one sexy cop, is a recipe for trouble.

VINCENT KAMATEROS is an exiled vampire making a routine living as the owner of a cupcake bakery in Arizona. Until a car with a dead driver crashes through the wall of his shop, bringing after it, All-American, closeted cop, JOHN REEDER. Smitten the instant he sees John, but bound to silence by the Vampire High Council, he can never reveal his true self to John.

John Reeder can’t control his attraction to the sexy Italian baker. But as addictive as the sex is, John can’t overcome his fear of rejection for being gay, and open his heart to a man with so many secrets 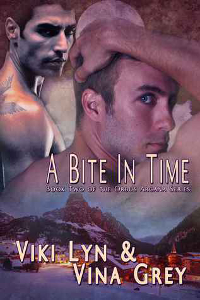 A dangerous secret, a vampire, plus one sexy cop is a recipe for trouble.

JOHN REEDER has accepted his love for VINCENT KAMATEROS, but he doesn’t know his lover is a vampire. When a killer targets Vincent, John has to deal with uncovered secrets that blow his life apart.

Will Vince reveal his true nature to protect the cop who has come to mean more than his own life? In doing so, he might ruin his only chance for a ‘happy ever after’ with John. 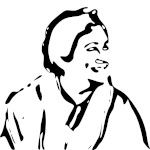