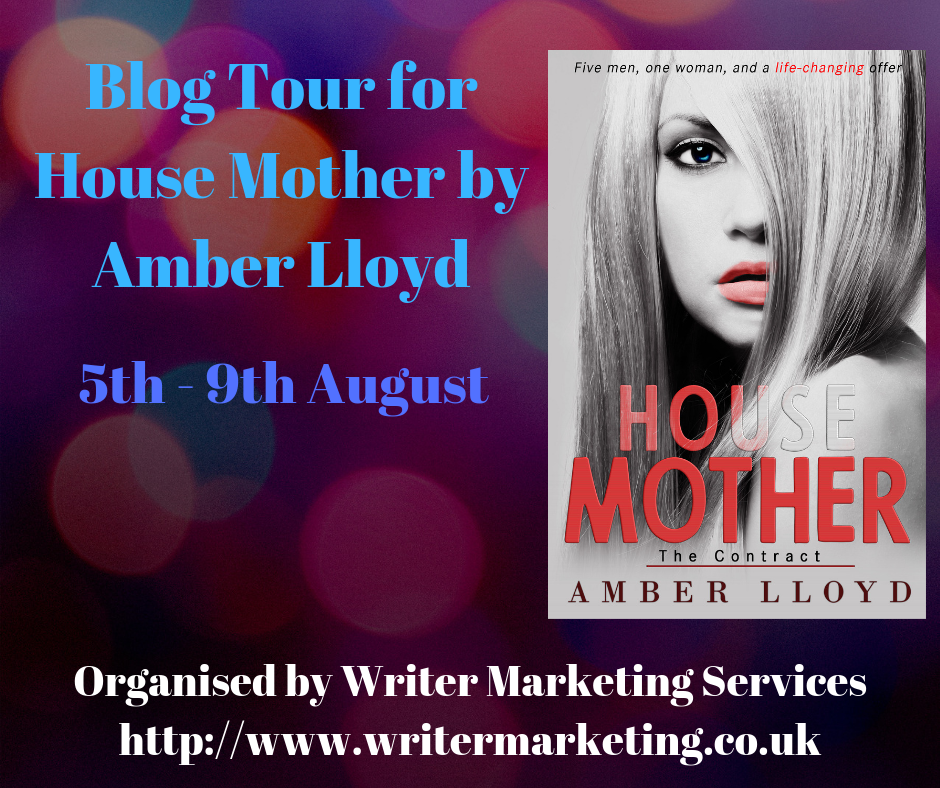 The reason these tropes exist is that they are easy to write and fun to read. We all want to meet the guy who can buy us the world or take us away from our ordinary life with the wave of his hand. It’s why we read this stuff, to be lost in the adventure of a different life than the one we live each day. It’s escapism and it creates a chemical response in our brain that makes us feel different, more alive or maybe more excited than we were before we immersed ourselves in the author’s fantasy world.

When we become involved with a character that we like in a novel, for the time we spend with the book, we live in that character’s body. We inject ourselves into the situations and circumstances we read about and if done correctly we feel the emotions the character is supposed to feel. Love, desire, revulsion and dismay among others are all emotions that can be expressed into us by the story line and the characters we come to know.

I hope you enjoy the characters in my book House Mother: The Contract. Some of them are very real people whose names have been changed to protect me from them, and some of them are a complete fabrication from a disturbed mind, but they are all real to me. Each has his or her faults and each has his or her likable quotient. The more I write about them the more real they become for me and I hope for you as well.

Follow the blog tour here to find out more: http://writermarketing.co.uk/prpromotion/blog-tours/currently-on-tour/amber-lloyd/

Excerpt from House Mother: The Contract

Christoph put the chair on the mat and pointed for me to sit on it. Sam arranged the night gown over my left shoulder and down across my body, and carefully covered my sex with the bunched-up material. Christoph began snapping pictures again, insisting I look directly at him. When he was done, Sam positioned me with my back to the camera and tilted my head and torso so that part of my left breast was showing and my face was in profile. Christoph snapped pictures. The next show was with me sitting on the chair facing the camera with my legs spread and the gown draped in front of my sex. Sam adjusted the drape of the gown and her hands accidentally brushed against my vaginal lips. The sensation of the touching was erotic for me, though Sam made no concession in her facial features to indicate that it had happened or that it meant anything to her.

The next shot left me even more disconcerted. Sam took away the gown and left me in position, with my legs spread and my vagina in the camera’s eye. She pushed my lower back which spread me open even further, and then she did something that shocked me. She took out a tube of lubricant, and placing a dollop of the clear gel on her finger, she came toward me and stopped. She looked down at me with her gelled finger as if asking for permission, and when I didn’t respond, she bent over and put the gel on my opening. She spread it around and then got in a full crouch and adjusted my vaginal lips until she was satisfied she had the look she wanted. Christoph took picture after picture of my wetness that was only partially the result of the gel Sam had applied. He went down on his knees and got up front and personal with my sex as the camera clicked away. I sat stunned at what he was doing, and I kept my eyes on Sam, looking for any expression I could detect, but there was none. When Christoph was finished he said, “Almost done. We just have the bedroom shots to do.” I stood and watched as Sam removed a folded green mat and pointed me toward the bedroom.

I was embarrassed about some clothing I had left on the floor, but she didn’t seem to notice as she spread the green mat on my bed. She had me lay on the bed as she adjusted my legs and arms in a position where I was laying on my side. Christoph came into the bedroom with one of the umbrella lights and Sam retrieved a second one, and they positioned them so I was fully illuminated. When Christoph was satisfied he began to snap pictures. When he was done with that position Sam placed me in a second position. The last position was mortifying. Sam had me spread my legs, and then she climbed on the bed between them with her lubed finger again and played with my clit. She looked at me with that stone face as she massaged my button with her finger and spread my vaginal lips, showing Christoph my engorged sex. The photo snapping began, and after taking dozens of shots, some so close I could almost feel the breeze from the shutter, he announced, “That’s it. All done. I think Steve will be very pleased.” 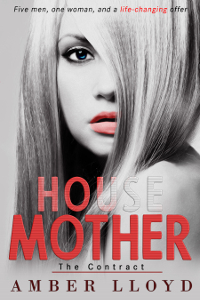 All Amber Lloyd wanted was a new start. With her abusive ex-husband a thing of the past and a modest divorce settlement in the bank, the future looked hopeful.

But as Amber quickly finds out, a young woman making it alone in a new city is much more expensive than she initially thought, and with no work experience, her options are limited. When an unusual job offer presents itself, Amber is hesitant, but her financial situation leaves her with few other choices.

Amber soon finds herself living the life of luxury as House Mother to five middle-aged men, but what initially seemed to be a straightforward contract turns out to be more complicated than she bargained for as each of the men comes with his own set of sexual problems. Is Amber in over her head or has she found her true calling?

House Mother is a crazy ride into the world of sexual dysfunction told first-person by a woman with compassion and empathy for her clients. Some are more damaged than others, but they all have one thing in common – they all need the unique services provided by the House Mother.

Amber Lloyd is my pen name but for me it’s much more than that. It’s often hard to separate the author Amber Lloyd from the character I write about in my books. My life is so different from Amber’s that when I was asked to produce a Bio for my books I was torn between the one I created for my alter ego and my real life. When I compared the two I realized that no one would be the least bit interested in the one over the other so I wrote what you see below. I will let you decide which one you think I chose.

I was born and raised in a small town in upstate New York called Monticello. It’s mostly a farm community and if you didn’t know the true latitude, you would think you were somewhere in the deep south. The city is a bastion of country western music complete with men in cowboy hats and women wearing jeans and shit kicking boots.

I was a gawky kid who loved climbing trees and riding horses. My parents were not country people. They lived in the city and worked as marketing specialists. My dad groomed me to join them in their business and convinced me to pursue a college course that would introduce me to the world of marketing. They wanted me to stay close by and apply to SUNY at New Paltz but I had a different idea. I chose the only college a good distance away from Hee Haw New York that would accept my less than stellar high school grades and SAT scores.

The College I chose was in Kansas where I met my husband. Ron was a year ahead of me and when he graduated, he convinced me to move to Oklahoma and become his wife. The marriage didn’t work out for either of us. Unlike the character in my book, Ron is a good guy, but I don’t think I ever loved him. We had very different ideas about life and love and it was more my faults and issues than his that destroyed our relationship.

My move to Florida was not as much an escape as a running home to my parents who had moved from New York to Clearwater. My tom-boy youth took over and I got a job as a deputy Sheriff. I lived with my parents for several years until I could get my own place. I manage to sprinkle some of my law enforcement experience into my books and base some of my characters on people I met or had to deal with on the job. My descriptions of Amber’s escape and the rest of the story is my fictional account of what I imagined would have happened if I was her, but alas I am me, and all I get to do is write about her exciting life as the House Mother.

You can find me at: http://amberlloyd.com