First of all, a huge thank you to Lucy Felthouse and Erotica for All for having me!

I wanted to take the opportunity to muse on something that I have noticed that I readers and writers (myself included!) can’t seem to get enough of. If you’re looking for them—and I definitely am!—tortured heroes are everywhere in romance novels. Men with dark and dangerous pasts, physical and emotional scars…these heroes have really gone through some awful ordeals. Why do we love them so much?

This isn’t the first time I’ve wondered about this. From Heathcliff in Wuthering Heights to Jamie Fraser in Outlander, I have loved so many tortured fictional men. There is just something about a hero who has really gone through a dark time that draws me in. Sure, every fictional character needs to face some sort of adversity or the story would be a total yawn-fest…but it just gets me right in the gut when a man overcomes a terrible past.

When I set out to write Semper Fitz, the first book in my new Minne-sorta Falling in Love series, I only knew that I wanted the hero, Colin ‘Fitz’ Fitzhugh, to be a retired Marine…but as soon as I started writing, he quickly took on a life of his own. From the very first scene, in which the heroine, Clara, finds Fitz, lying unconscious on the ground out in the woods, his dark and painful past is evident as much in gruff manner as in his injured body.

I think that Fitz’s journey in Semper Fitz mirrors part of why we love this type of hero so much. He’s faced a great deal of physical and emotional pain in the past, but he still can’t walk away from helping Clara, alone and heavily pregnant. For Clara, Fitz’s scars are proof of his strength…and maybe they serve as visible evidence of how strong and steadfast he is.

Regardless of why we love them, I can’t wait to read and write more characters like this…and stand in awe at their strength and grit, to push through pain and challenges to find their way to the women who will cherish and appreciate them!

Even though the sandwich must still be practically molten, and she could hear how crisply burned it was from the sound of his chewing, he choked down one large piece with every sign of enjoyment. A few crumbs formed a black, dusty mustache on his upper lip.

“Delicious,” he pronounced, and put the remainder of the half he’d managed to pry off the pan into his mouth. Something thawed then melted in the region of her heart when he swallowed that, too, and reached for the rest. It stuck there stubbornly, glued to the pan, in spite of Fitz’s valiant efforts.

Their eyes met, and his were determined and kind as he tried to work the piece free to no avail.

“I, ah, think I need a spatula,” he finally admitted.

Like a wave rising up and breaking on the shore, amusement filled her from her toes to her chest, finally spilling out as a peal of laughter, continuing into a wheezing laugh. Fitz laughed as well, the sound rusty as though he were out of practice.

“They’re horrible,” she gasped between laughs. “Admit it. They’re like charcoal.”

“I will never say that,” he answered diplomatically, setting her laughter off harder.

“Okay, you don’t have to say it,” she panted out. “But that doesn’t mean it isn’t true. Now, I’m going to put the remains of these truly sad sandwiches out of their misery and set this pan to soak. We’ll eat something else.”

When she went to scrape the charred remains off the pan into the trash can, the hard, callused surface of Fitz’s hand over hers stopped her. 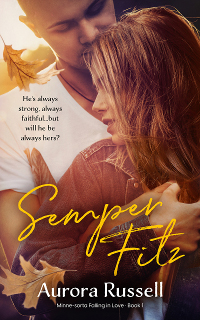 He’s always strong, always faithful…but will he be always hers?

Pregnant, alone and temporarily staying at her family’s cabin in northern Minnesota, Clara Olafson is determined to overcome the hurt of her recent past and build a good life for herself and her child. The last thing she expects to find on her morning walk through the state forest nearby is an unconscious and injured former Marine.

Colin ‘Fitz’ Fitzhugh might have initially joined the Corps to prove that he was more than just a wealthy playboy, but he grew to love the brotherhood and purpose he found there—until his last mission in Afghanistan cost the life of one of his men and left him badly scarred in body and mind. Hoping to shed some of his pain and guilt alone in the wilderness, instead he finds a feisty, pregnant angel.

Sparks fly as sassy Clara nurses the gruff and mysterious Fitz back to health, but the happiness and peace they both begin to find in the little cabin is shattered when Clara faces a health emergency. When Fitz reluctantly chooses to return to the wealth and privilege of his family in order to save her and the baby, he plunges them all into a glittering society that Clara doesn’t know if she likes. But Fitz might just prove to her that, whether he’s being a billionaire philanthropist or a sudden stand-in dad, he’s always hers. 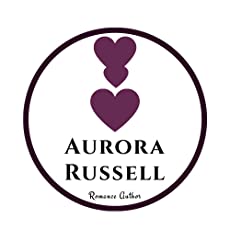 Aurora is originally from the frozen tundra of the upper-Midwest (ok, not frozen all the time!) but now loves living in New England with her real-life hero/husband, two wonderfully silly sons, and one of the most extraordinary cats she has ever had the pleasure to meet. But she still goes back to the Midwest to visit, just never in January. She doesn’t remember a time that she didn’t love to read, and has been writing stories since she learned how to hold a pencil. She has always liked the romantic scenes best in every book, story, and movie, so one day she decided to try her hand at writing her own romantic fiction, which changed her life in all the best ways.

Find out more about Aurora, upcoming releases, and news at https://aurorarussellauthor.wordpress.com/

Aurora Russell will be awarding a $25 Amazon or Barnes and Noble GC to a randomly drawn winner via rafflecopter during the tour. Be sure to follow the tour and comment; the more you comment, the better your chances of winning. The tour dates can be found here.