You are here: Home / Guest Blogs / Wildflowers of Montana Series by Vanessa Vale 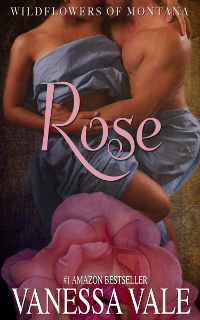 Rose Lenox has grown up to be more comfortable on the back of a horse than wearing ribbons and bows like her seven adopted sisters. For years working the land was enough, but lately Rose finds herself wishing for something different. She wants her own ranch and freedom from her overwhelming and unorthodox family. Rose is determined to strike out on her own and forge her own path. Lenox neighbor, Chance Goodman, has watched Rose grow from a spitfire of a girl to a beautiful and fiery woman. For years he’s waited patiently and watched her struggle to find her place in the world. When she leaves the Lenox ranch alone, determined to abandon her former life and to say good-bye to him, he knows the time has come to claim her. Letting her walk away isn’t an option. Chance knows exactly what she needs…and he’s going to give it to her. Follow the eight Lenox sisters through this historical erotic series that’s as big and bold as the Montana Sky. The Wildflowers of Montana begins with Rose and her hot, Alpha cowboy. 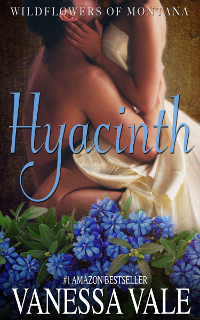 When handsome Jackson Reed comes home from the army, he catches the immediate attention of the seven Lenox daughters. But he only has eyes for one — beautiful Hyacinth Lenox. It’s apparent that she notices him as well, so why is she doing everything she can to avoid him?

Hyacinth can’t stop thinking about the sandy-haired newcomer, but while she longs for happiness with Jackson, she feels unworthy to marry him or anyone else. Guilt from a tragic childhood incident dogs her even into adulthood, leaving her to feel undeserving of Jackson’s love.

But Jackson isn’t a man so easily dissuaded. He’s determined to rid Hyacinth of her pain and make her his wife. Can he heal her past hurt and awaken her to the carnal pleasures he wants just with her? He senses a great capacity for love and passion in this fair Lenox flower. Unlocking it will mean a battle of wills, but love is worth the fight.

Who doesn’t love the romance of the old West? Vanessa Vale takes the sensual appeal of rugged cowboys a step further with her bestselling books set in the Montana Territory. They are much more than just sexy historical westerns. By introducing sexual taboos into this otherwise traditional romantic setting, Vanessa has won the loyalty of a fan base that never knows quite what to expect with each new series.

And as a resident of Wild Wild West, Vanessa Vale finds plenty of inspiration for her work, for who doesn’t love a handsome cowboy?