You are here: Home / Interviews / An Interview with JL Peridot (@jlperidot) 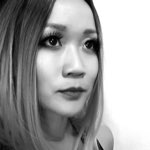 Here’s an author interview with JL Peridot. Take it away, JL…

Like so many things in my life, this started as a joke. In Year 11 (US 10th grade), I made friends with a new girl at school who was into writing too. For a laugh, we’d hang out and write smutty stories set in a high school version of Melrose Place. They were terrible. Don’t even speak to me about youth literacy. Last year, I got back into it—also as a joke. But the more I wrote, the more seriously I began to take it. My first novel was picked up by a publisher and released a few months later.

Right now, my favourite is my upcoming novella, The Only Question That Matters. Writing it forced me to explore the psychology of love and identity, and how to tell an introspective story. I love projects that push my boundaries as a writer. For that reason, You and I (even though it’s so short) also has a special place, as it was the first time I made deliberate efforts to learn new storytelling techniques.

I really like retrofuture, synthwave and cyberpunk—the setting and culture on their own inspire so many ideas about humans surviving in spite of themselves, leaning on each other to get by. And what is romance but the shared realisation that you can trust the one you’re with and be with the one you trust?

Warden Jet from The Induction of Satine. Although I wouldn’t call him my ‘favourite’ as much as one I’m a bit obsessed with. Here’s this guy who, despite being in a position of power over women, has no domineering or misogynistic inkling whatsoever. In fact, he’s perfectly chivalrous without being demeaning, thanks to his unquestioned training from an outfit that specialises in rehabilitation. I sometimes fantasise about: what if the organisation he works for has a dark side, or what if one of the inmates breaks rank? What would Jet do? How do you continue to do good if your hand is forced by something bad?

Does your nearest and dearest know what you do, and if so, what was their reaction when they found out?

I had a conservative upbringing that promoted sex-negative values. No kidding, where I grew up, they censored sex and sometimes even kissing in movies. So, when I decided to take my writing seriously, I was nervous about telling my partner.

But I’m glad I did. He’s been so supportive. He beta reads for me, fact checks anything to do with male psychology and martial arts (we choreographed and tested the fight scenes in Chasing Sisyphus), and he helps to clear the way so I can sit and write. I’m incredibly lucky to be with someone who genuinely stands by what I do and wants to see me succeed.

Mattias Muscoca (aka. Soteria) from Chasing Sisyphus. At the tender age of twenty-four, he’s running a portfolio of nightclubs, bars and pleasure dens on behalf of his basquillionaire family. Though he can be an edgy shithead, he’s compassionate, proactive and very well meaning. Responsibility turned him into a man before his time. He’d make an interesting friend.

By not writing—and not feeling guilty about it. Matthew Inman of The Oatmeal made a really poignant comic strip about this: Creativity is like breathing. My creative habits have been much healthier since reading it.

The sequel to Chasing Sisyphus.