You are here: Home / Interviews / An Interview with Sonni de Soto 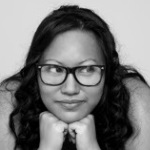 Here’s an author interview with Sonni de Soto. Take it away, Sonni…