My Character is Gay

As a Historical Romance Author, I put much depth into my characters. Even the minor ones. I like to create a background for them, who they are, where do they come from, why are they there?

Imagine my surprise when I realized that my character was gay.

You would think I would have noticed it before.

The subtle clues, their reactions to each other, and certain situations.

I was oblivious until my main character, Sarah, caught him sneaking out of a man’s room in the middle of the night.

To complicate matters, War of Hearts is set in 1776, even women were oppressed back then. Much less a gay man. So it seems to reason that it would be kept a secret.

Sure they tried to keep it quiet, but after that night, I was more aware. And more than a bit shocked. And then quiet acceptance, the character hadn’t changed. But my view of the character had. And I needed to let them know that it did not matter.

That this new realization did not harm our relationship. That I still saw them as a moral, devoted human being. One with strength and feelings. One that fought more desperately, and risked more for love than perhaps any of my other characters. Later on, as our trust deepened, the gaps were filled in: how they met, became companions, built a relationship of trust, as well as love.

And it was okay.

And their secret became mine.

Perhaps, people aren’t attracted by the persona, but by their soul. I have often contemplated there being a soulmate for everyone. And who are we to say what color, creed, or sex they should be? 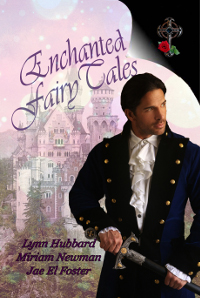 Once upon a time there was a girl named Penelope. Food was scarce those days, and she had to walk miles looking for roots or berries to eat. After a long, hot morning Penelope was tired and hungry. A delicious scent led her to a cabin deep in the woods. She followed it in anticipation of having all her needs filled.

By 1844, an increase in the human population of Ireland has forced Fae inhabitants from their lush green homes in the East to the spare, bare terrain of the West–except for one.  M’Rith, half fairie and half elf, has been bidden by her Queen Mother to remain in the forest, promising her a mortal man to love.   Kieran, the village blacksmith, has lost his wife and lives in the same painful solitude as M’Rith, but he is a worker of iron that can mortally wound a fairie lover.

There is a black plague crossing from kingdom to kingdom, placed upon a slumbering princess by her wicked stepmother, and only with true love’s kiss can the spell be lifted. Will the plague encompass all before that kiss can be sealed, or will the power of true love make itself known to the handsome Prince Harold, providing him with the adventure of a lifetime?

“I thank you for your time, but I must depart now. I have my horse with me, and it is going to storm soon.”

“That thunder does not mean rain,” she said in a cryptic tone.

“Well, I cannot chance that. Thank you again.”

Prince Harold turned from her and walked to the curtain. This time, Madame Howell did not stop him. He pulled the curtain open and stepped outside, looking up to the sky. Surely enough, the sky was clear, the moon was full, and thousands of stars glistened down upon him.

He saw the young man with the scruffy beard standing alone by the fire. Letting his encounter with Madame Howell remain behind him, locked inside that tent, he approached him.

“Hello again,” he said, stepping up to the young man. “I never did get your name.”

“That is because I never told it to you,” the young man answered.

The young man looked at him and smiled. His smile was less than comforting though. It made Prince Harold uneasy once more.

“I have been called many names,” he told him in a voice that was uncanny and dark. “My favorite has been Mephistopheles.”

Refusing to lose his smile, Prince Harold backed away slowly, placing his hands up before him. “I have heard that name,” he said in a nervous tone. “I think perhaps you shared in too much of the wine tonight, but regardless of that fact, I must be going. My horse awaits me.” 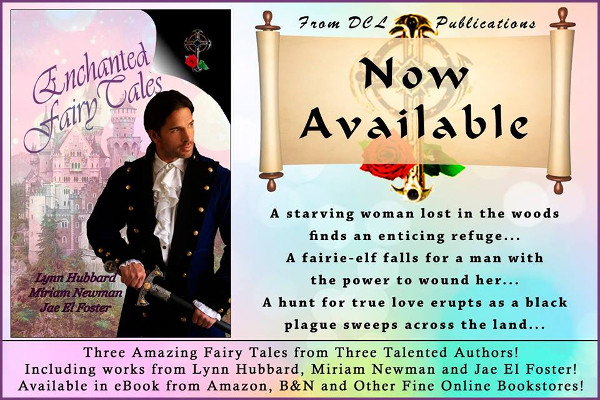 Fantasy poetry driven by myths and legends has been my passion for as long as I can remember. I was published in poetry before catching the romance writing bug. I bring that background to my writing along with a lifelong addiction to horses, an 18 year career in various areas of psychiatric social services and many trips to Ireland, where I nurture my muse. My published works range from contemporary fantasy romance to fantasy historical, futuristic, science fiction and historical romance. Currently I live in rural Pennsylvania with a “motley crew” of rescue animals. You can see my books at www.miriamnewman.com.

Lynn Hubbard is a Historical Fiction author. She has been writing for over ten years and has eight books. Most of which are westerns. Lynn is fascinated by the Old West and her books portray when life was simpler. When, people worked hard, and sweated to make an honest living. And when justice wasn’t always blind.

Jae El Foster is an author with whom you question going to bed with at night, but you dare to venture beneath the sheets with him anyway. As the venture concludes, you are perhaps romanced by it, or perhaps you are frightened by it. Don’t worry, because you are always satisfied by it. Despite the title or genre of the book, Jae El sets out to please you with climatic and unexpected conclusions that will make you tremble with emotion. Hop aboard the Jae El train and give it a good ride. 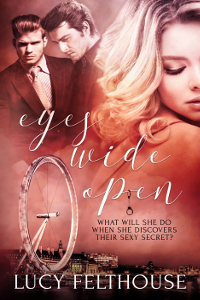