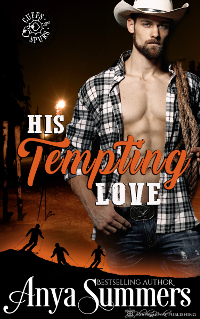 It was midnight before the crowds started to thin out. Once couples had performed scenes, they tended to leave shortly afterward. Which was fine by Cora. It made her job easier.

“If you want to do your nightly prep, then I can let you get out of here,” Matt said.

“Yep. You won’t always work until we close at two. We’ve got enough coverage, so get your prep done and then you can cash out and leave,” Matt said with a wink.

“Thanks,” she said. The sooner she got home, the sooner she could get a few hours of sleep. In her world if she scored more than four hours of uninterrupted sleep, it was a damn miracle. Cora printed out receipts for each of the tables with an open tab, including Garrett’s. She stopped by each one and gave them their checks, promising to be back shortly to pick them up.

When she reached table ten, Garrett was still sitting there, watching her. His friend, Jackson, was in one of the scene areas and she blushed at the sight of him thrusting into a tall blonde restrained on the saddlehorse.

“Here you are, Sir. If you want to keep your tab open, just let me know and I will tell Matt. My shift is ending for the night.”

“No, I can close out with you,” Garrett said and tossed a few bills into the black billfold, not even glancing at the total. He’d given her a far too generous tip. “So you’ll be free in a bit?”

“Um, yes, I guess so,” she replied, wondering where he was headed with his question.

“Then why don’t you join me for a drink?” he offered, his blue gaze deepening, making her think of the ocean at sunset with its dark mysterious waves.

“I have prep work I still need to do,” she said in response, ignoring his question, and zoomed away from his table without a backward glance. Her heart hammered in her chest at the blatant invitation.

Cora tried to ignore that her hands were shaking or that she was giving some serious thought to turning around and taking him up on his offer. She took the tray with her prep work—rolling silverware—over to a back table and sighed once she was able to get off her feet.

She ignored the symphony of moans and groans, concentrating on the task at hand. The sooner she finished this, the sooner she could get home. She was in the middle of rolling one set of silverware when someone took the seat across from her. Lifting her gaze, she saw Garrett sitting confidently, the subtle flexing of muscles and sinew of his shoulders and chest making her mouth water.

“What are you doing, Sir?” she sputtered, stunned and slightly aroused by his presence, as Garrett picked up some silverware and began rolling it into a napkin, mimicking her actions.

“Helping, so that you can have a drink with me,” he explained with a dark brow raised, as if it should be obvious what he was doing.

“Cora, it’s a drink, not a marriage proposal,” he chided. His fingers were fast and efficient at rolling the silverware, like he’d done more than his fair share of nightly prep work in restaurants and bars. Which made the man who’d given her a forty-dollar tip all the more interesting.

She chewed his offer over in her mind. Would it be so wrong to have one drink?