Ash’s dads have embraced their nonbinary self and Ash feels empowered in their blindness, but their dads still won’t let them do anything alone. When Ash meets Theresa at a blindness conference, they long to slip the apron strings.

Theresa, blinded in a terrible incident, has fully embraced her transgender identity. What she can’t get past is her loss of sight. Meeting Ash, who is confident in their disability, seems like a gift, especially the first time they kiss.

But Theresa hides a terrible secret and she’s afraid between that and her disability she won’t be good enough for Ash. How can Ash possibly prove her wrong? 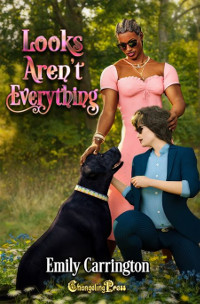 Conscious that they wanted to whine, but also that they were nineteen, Ash modulated their tone. “Candace,” they said to their sister, “it’s not that I don’t love our dads but…” Lacking a way to finish that statement, Ash tried again. “Do you understand where I’m coming from?”

Candace shifted, her rocking chair creaking under her.

Ash liked that chair, but it was Candace’s favorite also and so, since this was her place, she got to sit in it. Aidan, one of their dads, had explained that for the blind, like him, or severely visually impaired, like Ash, rocking was a natural motion. And having a rocking chair gave a person an acceptable place to do it where they could feel the movement of the air on their face and the motion against their body.

“Other people like to rock too,” Aidan had said when he was teaching Ash to remain still during school and for social situations. “But for some members of the blind community, it soothes something inside. So, don’t be afraid to rock but keep it to appropriate circumstances.”

Aidan was a black belt. A blind black belt at that. And still he thought the world would attack his family at the first chance.

Of course, between the man who’d attacked first Mike and then Ash… But that was over five years in the past! Couldn’t Aidan do like the song and let it go?

“The National Federation of the Blind yearly conference is the safest place on Earth,” Ash said, trying a different tack. “There are sighted helpers everywhere.”

“That doesn’t fly. Considering that the NFB had to start a group for survivors of sexual harassment and worse.”

Ash shook their head, feeling their hair fly against their ears. “Those attacks happened in learning centers, not at conferences.”

“They happened in all places where female, and sometimes male, students felt uncomfortable and were touched without permission.”

Ash threw up their hands. “You sound like Dad.”

Candace laughed. “Which one?”

“You know I’m talking about Aidan,” Ash snapped. “Don’t make fun of me.”

“I’m not.” But there was laughter in Candace’s voice. “I’m just saying that argument won’t work against Aidan or Mike, especially since it’s full of holes.”

Ash tried to blow their bangs off their forehead. Failing that, they brushed their hair back with both hands. “Okay, fine. What do you suggest?”

Ash scowled. Even though they’d accepted long ago that their level of light perception without the ability to distinguish forms by sight meant they were functionally blind, it still rankled sometimes to hear the “b” word come out of someone else’s mouth. Still, that wasn’t what was important here. Candace’s question needed an answer. “Yes.” They flopped backward against the couch cushions and covered their face with their small hands.

“Okay,” Candace said slowly. “Let’s pick that apart a little. Is Aidan blind? And is he independent?”

“And did he and Mike freak out when I decided to move in with Al?”

Not seeing where this was going, Ash answered. “Yeah.”

“I’m not visually impaired or blind. Assuming it’s your blindness that’s set them off, why did they freak about my moving?”

“Because…” Ash stopped. They’d never considered that before. “Because you’re still in college and money is tight?”

“Nope. Because Al and I have been dating only since December. It’s now June. That is only six-ish months.”

“But you’ve known him for years! You’ve been great friends.”

“That was the argument I used,” Candace affirmed. “And do you think that went over well?”

Ash shook their head. “Probably not,” they said morosely.

“Exactly. Do you know why?” She didn’t wait for Ash to answer. “Because arguing with our dads is about as useful as arguing with a brick wall. They don’t listen to arguments or reasons. What they respond to best are actions. Like how I haven’t gotten pregnant yet because we’re using protection and birth control. And how Al and I are paying all our bills without help.”

Ash frowned slightly and sat forward, dropping their hands. “So, what you’re saying is I need to prove myself through actions. How can I do that between now and the first week of July?”

Emily Carrington is a multipublished author of male/male and transgender erotica. Seeking a world made of equality, she created SearchLight to live out her dreams. But even SearchLight has its problems, and Emily is looking forward to working all of these out with a host of characters from dragons and genies to psychic vampires.

Fantasy creatures not your thing? Emily has also created a contemporary romance world, called Sticks and Stones, where she explores being “different” in a small town.

One lucky winner will receive a $10.00 Changeling Press Gift Code!