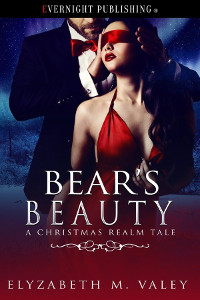 A rare mix between a pixie and a human, Melody Beacon is not your ordinary woman. Challenged all her life for not being one or the other, she considers herself unlovable. So when Magnus Koldklaw tries to seduce her, she can’t help but think he’s mocking her. After all, why would a man like him want to be with a woman like her?

One look at Melody Beacon was all it took for bear shifter Magnus Koldklaw to decide he wanted her. One whiff of her scent, and he’s certain she’s his mate.

Unfortunately, Melody doesn’t seem to feel the same way. However, when they’re forced to work together on a secret project for Santa, they are irrevocably drawn to each other. And when Magnus discovers it’s her insecurities keeping them apart, he becomes determined to show her she’s worthy of love and so much more.