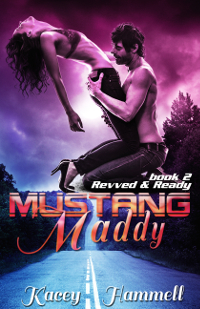 Grey Burkhardt is an expert at a lot of things—including keeping his feelings for Madison Evans in check. Sexy as sin and sweet as honey, she’s always revved his engine. But she’s his next door neighbor. No way is he going to muck up friendly neighborhood relations just to satisfy the heat simmering between them.

Madison has never seen anything sexier than the tricked out GT Mustang Grey has been keeping under wraps—other than the glint of danger and intrigue in his eyes when he offers her a ride. Now is her chance to act on the deep passion she’s harbored for him because this might be her one shot at taking control.

And get book One – 69 Mustang FREE until September 30th at all book outlets. Buy Links HERE. 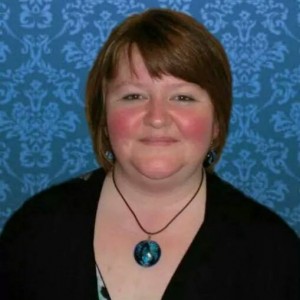 He cleared his throat and stepped closer. “You know, Mads, watching you fawn over my car, stroking her, makes me hot. I can hear every breath you take and sigh you release over her. It’s sexy as hell.”

She stood still as he moved in even closer, wedging her between him and the rear window. Thoughts of getting in the car fled as her heart raced. The hunger in his eyes called to her, her body craved it, wanted it.

She couldn’t deny herself any longer.

Leaning back against the car, she smirked. “I like appreciating great things. And to be honest, Mustangs turn me on. A lot.”

They said confession was good for the soul. Maddy was certain she’d just cleansed hers and there would be no going back.

Her palms flattened on the doors behind her. “The feel of the metal, and the pulse that emanates off the surface even when they’re not running…mmm. Everything in me comes alive whenever I see these muscled beauties.”

Grey lifted his arms, bracketing her in. “You’re one of the hottest chicks I know. No other woman has ever turned me on so much by talking about cars. You know, I’ve watched you—in a non-stalker way of course—for a long time now.”

Thrilled, Maddy’s heart skipped a beat. “What are you going to do with me now that I’m here?” What possessed her to ask, she had no idea, but the need and the desire in his gaze, aimed at her, called to all her sexual instincts. There was no way she could walk away now.

He aligned his body with hers, his eyes hooded as he gazed down at her. She surrendered to the headiness of this man, the pulsing rhythms of her body and waited with bated breath.

“I’m going to taste you…” Grey tilted his head to the side. All she could do was stare at his lips as they came closer. “…in any sexy spot you’ll let me.”

His mouth met hers. Maddy opened to him like a budding flower. Claimed. Possessed. Riotous emotions swirled through her and her mind cleared. This. This type of hunger and excitement she’d been missing with any other man was all she desired. Intense, seductive and thirst to let go and give into the headiest of sexuality.

He eased his tongue into her mouth, gliding along hers, exploring, tasting… Maddy never wanted to break free.

A low moan escaped the back of her throat. She encircled his shoulders, arms pulling him in to stand between her legs.

His hardness behind his shorts pressed against her. Gasping, she broke free from his mouth and laid her head back on the car. He kissed his way down her throat. Her pussy throbbed. Her juices flooded her panties. A shiver raced down her spine. Her fingers clenching against his pecs, Maddy trembled as the exquisite tortures of his lips worshipped her, and his hips rolled his cock against her. His teeth grazed her skin along her shoulders. She widened her stance. Grey moaned as he pushed into her, harder and more aggressive.

Laying his forehead on her shoulder, he breathed deep. “Damn you’re intoxicating.”

Maddy palmed the back of his head, holding him in place as his hips still moved and let sweet agony build. The friction of her panties and shorts against her clit were spectacular. But she needed more.