Ultimate betrayal leaves Hawk, the president of an outlaw motorcycle club, distrustful and hating women. He only wants them for one thing now, and once he’s satisfied his animal urges he casts them aside without a second thought. But then Audra shows up, threatening his club and his way of life, and Hawk has to decide to turn the sexy, pint-sized package of trouble loose, or claim her for his own. 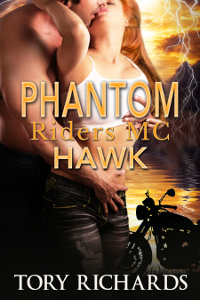 “I can see it in your eyes. You think I need something. But you’re wrong. I stopped needing anything a long time ago. I don’t need or want your soft touch. When I want a woman, I do the touching, and it isn’t in the way of fucking kissing or foreplay.”

That comment intrigued me. “You don’t kiss or do foreplay?”

Wow, that was just sad. I felt sorry for his women. “So when you’re with a woman, you don’t care about her needs?”

His expression hardened, if that were possible. “No. I don’t get that fucking close.”

How could you not get close when you were fucking? And then it hit me. He held back his emotions because it wasn’t about getting physically close, it was about getting emotionally close. Someone had really done a number on him. “Well, since I wasn’t offering sex you don’t have to worry about it. It was a natural reaction to wanting to comfort someone who obviously doesn’t need it. I won’t touch you again.” I tried to tug my wrist free but he wasn’t turning me loose.

Keeping hold of my wrist, he nudged me away so he could dismount his bike. Once he was on his feet, I had to look a long way up. I was five feet four, but he was a giant, at least six feet five, or more.

“We stay here tonight, do you have money?”

“No, but I’ll be okay.” It’d been a while since I’d had to fend for myself, but so far I wasn’t doing too badly.

Even as I said it, he began digging into his pocket. He pulled out a roll and peeled off a few bills. I shook my head when I realized his intentions, I hated owing people, but he only crammed the money into my palm and then released my wrist.

“Stay out of trouble. We leave at six if you’re going with us.”

Not, “if you want to go with us.” It was easy to read between the lines. He didn’t care one way or another, and I had a feeling that if I didn’t show up on time he wouldn’t come looking for me. Without a vehicle of my own, and being basically out in the middle of nowhere, I didn’t have much of a choice. It would be better if I waited until we reached a town or something more significant than a back roads bar.

As for his comment about me staying out of trouble, he didn’t need to worry. I didn’t want to bring any unnecessary attention to myself. Dane had people everywhere, and right now they were looking for me. With his money and resources, it was going to be hard for me to just disappear. There were very few people I could trust right now.

“What about what I owe you?”

“It’s only a couple hundred bucks.”

“No, I mean for taking me with you back at the station. I told you I’d pay you.” I was probably a fool for reminding him of that fact.

“Fuck, we’re even. You taught me an invaluable lesson.” He began to walk to the door.

“What’s that?” I asked, following him.

“Not to pick up pint-sized bitches with flaming red hair.” 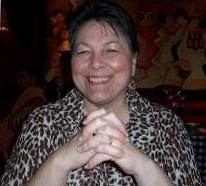 Tory Richards is a fun-loving grandma who writes smut. Born in 1955 in the small town of Milo, Maine, she’s lived most of her life in Florida. Today she lives with her daughter and her family. She has her own woman-cave which she shares with four felines whose main goal in life is getting as much cat hair on everything that they can.

Penning stories by hand and then on manual typewriter at the age of thirteen, Tory was a closet writer until the encouragement of her family prompted her into submitting to a publisher. She’s been published since 2005, and has since retired from Disney to focus on family and writing.