I think my favourite book would be Dragon’s Lair. It introduced me into the MC genre, which I love, and it’s still a readers favourite.

END_OF_DOCUMENT_TOKEN_TO_BE_REPLACED 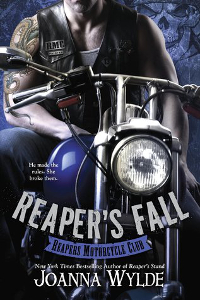 Who is your favorite television anti-hero? For the longest, mine was Dexter, but the man known only as Sheriff Lucas Hood on Banshee now takes first place.

My first shot at a true literary anti-hero, I just kind of got my feet wet. Duke is a bad guy, but by bringing someone in from his past, someone who knew him before he went to the dark side, I could ignore a lot of the bad parts of him. He’s the president of the MC, so he’s certainly had to make some tough decisions, but his story wasn’t so much about that side of him.

END_OF_DOCUMENT_TOKEN_TO_BE_REPLACED 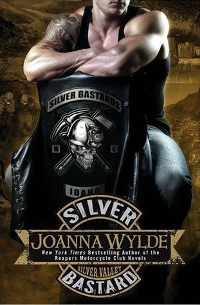 Silver Bastard is the first book in Joanna Wylde’s Silver Valley series, which is a spinoff of the Reapers series. It looks to me as though there will be crossover between characters and storylines from the various motorcycle clubs, but this book still reads perfectly well as a standalone – though I suspect if you enjoyed this, you’ll be checking out the other books anyway.

Silver Bastard tells the tale of Puck Redhouse, a prospect member of the Silver Bastards who took the blame for something and went to prison for fourteen months for his club. On his release, his brothers threw a party of sorts for him – giving him full membership to the club. At the party, he met Becca Jones, a woman who utterly captivated him. But, by the end of the evening, he had violated his parole terms and stolen Becca away from  her home and life.

Naturally, things weren’t as simple as that, and, five years later, Becca’s doing well, though she’s still terrified of Puck. But when Becca’s past tries to catch up with her, she needs help, and there’s only one person she trusts to provide her with that help: Puck. The situation throws them together and stirs up feelings they’d both tried to forget. But soon, they can’t ignore them any longer…