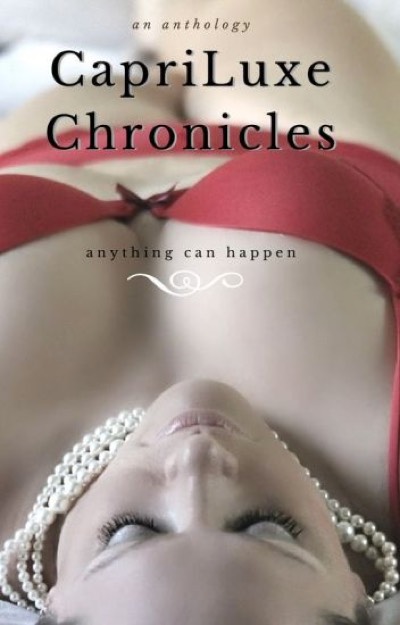 With my back against the wall, I curled around him. His hands found me again as I unbuttoned his shirt and kissed his neck, his chest. When he pushed aside my panties and explored the wet terrain, I ran my tongue along the ridge of his collarbone. Could I bite this? What’s the etiquette for leaving marks on someone else’s partner?

I still don’t know. Before I could sink my teeth in, his fingers slipped inside me. I stifled a moan with his shoulder. We froze. Feet scuffled overhead, mixed with the chattering of voices, loud and young and Cantonese; probably uni students buzzed from a night on the piss. I couldn’t make out the detail on Henry’s face, but I could tell this didn’t faze him. He slowed down, drawing circles on my sensitive flesh, venturing inside, then out again to press into my clit.

I’m not sure what excited me more: his touch on my cunt, the fear of getting caught, or the thrill of doing this crazy thing I never would have imagined myself doing. I mean, what the fuck, really?

He kissed me, mouth muffling sounds that would have given us away. But the kids above were noisy enough with their riffing and cackling and fake shutter clicks from phone cameras. They concealed the clink of me unbuckling his belt, Henry’s low voice checking once more if I was okay, and my involuntary gasp when his dick plunged into me.

The first entry—I love it. It’s a climax unto itself.

He was careful at first, finding a comfortable place to settle, holding my legs as I straddled him. Slow and steady, he moved. Quietly enough. Then the gaggle upstairs departed. He rested his head on mine.

“I thought they’d never leave.” He gave a soft laugh. “You okay?”

“Yeah.” I breathed him in—his hair, his skin, faint traces of meat and olive and peated whisky. “I’m good.”

He hauled me higher, hooked his elbows under my knees. His movements grew firmer, sharper, more intense until he was fucking me properly, until the lights from the city were wallpaper to my eyes. I could see the Capri Luxe from here, towering over the surrounding buildings. I’d always thought it looked like a giant, illuminated phallus, obviously designed by a man. But I didn’t mind it so much now, with Henry Aston driving into me. I found him pretty illuminating too.

Someone once told me the inside of a cunt feels like a tongue—soft and wet and rough. I imagined a hundred tongues inside me, licking and tasting the cock that drew itself out and pushed back in. Mm, the strange thoughts that come to mind when you’re right in the act.

Not that there was anything normal about that night. Not for me. I’d never fuck someone I barely knew like this. I’d never fuck a married man either, for that matter. But there I was, my skirt bunched up around my waist with another woman’s husband between my legs. I felt so bad. And it felt so good.

He slowed to a grind. The change of pace set me off.

As I came, I clutched his neck and grabbed a fistful of his hair, moving with him, against him. It was one of those orgasms that emerges from the deep. Not explosive, but overwhelmingly powerful. It quaked—I quaked—for a long time. Long enough for another set of sirens to approach and fade, distorting as they drove away. My mouth was dry from panting. Surely, his arms were getting tired.

But they held on a little longer, and with a last kiss, he let me down gently. I hustled my clothes back in place. My panties were soaked and cold. On any other night, I would have hated it, but on this night, they were a memento.

The clink of his belt buckle caught my attention. Was he packing up already?

So, guys like this did exist. The “journey, not destination” kind.

I shoved his hands away, dropped to my knees and took over, tugging his pants down and nudging him towards the wall.

Employees skirting the rules, following their desires, risking it all for that heady rush of lust. CapriLuxe Hotels and Resorts caters to an elite clientele with diverse tastes.