You are here: Home / Guest Blogs / A Guest Post from Ralph Greco, Jr. 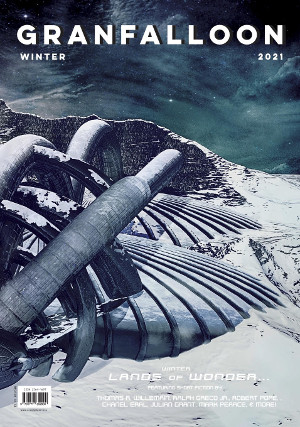 When I have the chance to marry erotica, satire, and sci-fi, I consider myself a happy writer. I managed to smush these genres into my last short story for a wonderful publication I have contributed to before, Granfalloon. Although, not that I would ever EVER consider myself in the same company as beyond-human scribes like Robert Sheckley, Ray Bradbury, or even Jonathan Swift, who I feel began the satirical-fantasy-erotic tradition in his seminal Gulliver’s Travels, I have tried a modern-day spin on the idea of how indulgent we might indulge our indulgences in the very near future and how there will certainly always be those people and agencies who want to halt those indulgences in their own indulgent way. 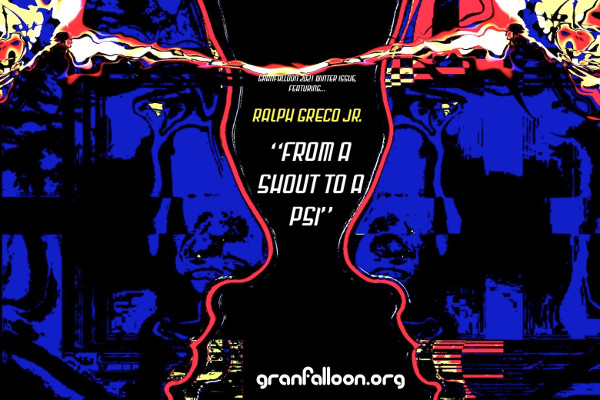 Below is an excerpt of my story, From a Shout To A Psi….

Even my grandma was wiggling.

Bringing a theater of a thousand women to orgasm (in unison) and just as they crest the wave make them wail for another (some were screaming actually), spoke volumes to the psi’s ability (not to mention our profits).

Beginning his ‘performance’ with moments of slow-building, Eril earned the audience’s confidence and comfort, unleashing inhibitions by rolling them through un-parallel joy, shared deep sadness, and round back again. At the climax (so to speak), Eril teased and teetered the urges of the assembled, riding their belly-clutched hunger like a master surfer, his eyes fixed in concentration as he touched, tickled and taunted every libido in the room. Each woman, from eighteen to eighty (my grandma is seventy-seven), reached her own pinnacle, climaxing en masse. I’ve toured with most of the popular ‘hair-bands’ back in the day; this guy was as good at getting women hot and bothered as any spandex-wearing pretty-boy.

“Every person has a talent Aaron,” Eril said to me. We managed a brief post-show chat almost every night of this two-month tour, just before exhaustion took him, and he fell into the big bucket seat.

I tried not to stare too hard and long at the little guy, but this far into our relationship, he still filled me with awe. Four decades younger than me, Eril was a skinny twenty-two-year-old man sporting the prematurely gray hair all psi had. And though he was human to the core, he happened to possess an empathic ability the likes of which our science had yet to fully comprehend. He was one of a thousand young men (so far only men seemed to have the mutation) now reaching adulthood with these powers, though no one else was on the road making women climax nightly in crowded theaters, that was for sure.

“I guess your right, man,” I agreed, the psi smiled at me…then fell asleep.

“I really hate when he does that,” Ronald whispered, though he needn’t, as Eril was pretty much down for the count and wouldn’t be woken until his internal clock buzzed his inner brain alarm in the morning.