An arranged marriage is a common theme in romance novels, but one that still remains compelling. Something about the idea of two people who know nothing about each other being intimately bound is both frightening and fascinating. If they’re incompatible, it could end in personal disaster, even if the marriage is in the best interest of their families or countries. If the two fall in love, in many ways it’s a perfect romance.

In a romance novel, the arranged marriage between the hero and heroine invariably ends with a love relationship, but it’s all the trials in between that make the story worthwhile.

In The Red King, Delia’s arranged marriage is not only unwanted, but a surprise. She had expected to spend her life at the convent where she had been reared. She doesn’t think much of men, having a cruel, boorish father as an example. She fears her new husband will be like him. She hates Areus before she even meets him.

Areus, the King of Lortia, has agreed to marry Delia strictly for political reasons. He needs an heir as well as access to her father’s army. When he agreed to wed, he gave no thought to Delia and expects her to have little impact on his personal life. He even arranged for her to have a chamber far from his so that when not trying to create an heir, they would have complete privacy.

Neither expects to be interested in the other, but when they meet, Delia is drawn to Areus. His striking looks and air of confidence appeal to her, yet what breaks down the barrier between them is his compassion and genuine desire to see that his people are safe and happy. Areus is shocked to find himself lusting after his convent-reared wife. Beneath her uptight exterior, Delia is a woman of passion.

Delia and Areus hadn’t believed they would fall in love, but once they realize their marriage might be as fulfilling personally as it is politically, they’re willing to share far more than a bed.

How do you feel about the theme of an arranged marriage in a romance novel? Do you enjoy the idea of two people getting to know each other after their vows are taken, or do you prefer a story with a buildup to the marriage? 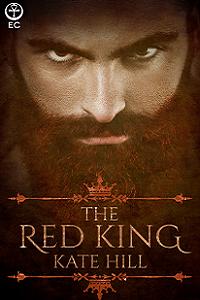 Torn from her beloved convent home, Delia is forced to marry Areus of Lortia. The contract states she must deliver an heir within a year or the marriage can be annulled. Delia vows to control her fate by ensuring there will be no child–until she is mesmerized by Areus, the proud, virile warrior king.

Areus agrees to marry Delia to gain her father’s army to continue his fight against Hypatios, the mad prince of Zaltana. He doesn’t expect to fall in love with a convent-reared mouse, but from the first, Delia rouses his lust and touches his heart.

Their life together hangs in the balance as the war with Zaltana advances and Areus discovers Hypatios is far more than just his sworn enemy.

Delia prepared the necessary tools, then approached and unwound the bandages. Beneath them, a slash ran down the length of his ribs. It was fairly shallow, but she shuddered to think of what might have happened if the blade had gone any deeper. As he’d guessed, several stitches were torn, although they had been carefully and skillfully sewn.

“You shouldn’t have ridden here like this,” she said.

“It’s enough I insulted you by being late. Short of death or takeover, I had no intention of postponing our wedding.”

His words actually touched her. She hadn’t expected him to be so considerate. “Under the circumstances, I would have forgiven the insult.”

Her stomach tightened. Her father. It was the king he had been concerned with offending. It reminded her again that their marriage was about politics, not family. Still his bluntness annoyed her and she started cleaning his wound less gently than she should have.

He flinched a bit and drew a sharp breath.

“You call yourself a healer, woman? My horse would be gentler.”

“I was under the impression a rugged warrior such as yourself was impervious to pain.”

He glanced at her. “Are you always this peevish? I’ll give you fair warning, Lortia is no place for a spoiled princess. Remember, you are now a queen. I expect you to act like it.”

Delia’s stomach knotted. “You expect? You and my father rip me from the only real home I’ve ever known and order me into a country constantly at war with the most powerful kingdom in the land. My father wants a beast to protect the gates of his realm and you want a broodmare. You should both rot, along with most of the men in this world.”

“For a virgin reared in a convent, you have a foul tongue in your head. I wonder if it’s sweeter when not used for speaking.”

“What– I can’t believe you just– What kind of animal are you–” He silenced her by dragging her onto his lap and covering her mouth in a kiss that was like nothing she’d ever imagined.

When she’s not working on her books, Kate enjoys reading, working out and spending time with her family and pets.

She enjoys hearing from readers and she can be contacted at katehill@sprintmail.com. Kate also writes under the name Saloni Quinby. Find her online at http://www.kate-hill.com, http://www.twitter.com/katehillromance, and http://www.facebook.com/katehillsaloniquinby.