You are here: Home / Guest Blogs / Erotica When I Grew Up – A Guest Post by E.M. Bannock (@EMBannock @goddessfish) #giveaway

I was a teenager in Detroit, Michigan during the 60’s. I moved to Laurel Canyon, a bohemian section of Los Angeles, California in the 70’s. That may seem like ancient history to some of you but it was one hell of a ride, a wild and crazy time. Erotica was still taboo and if you were a woman and wanted to have sex with more than one partner, either one at a time or all at once, you were probably referred to as a slut or a hippie. I don’t really know what it was like being a slut at the time, but I do know what it was like being a hippie.

If you didn’t have a movie projector and/or a friend with connections, you had to go to a movie theatre to see an X-rated movie. We used to joke about sticky arm rests and how your feet stuck to the floor. I remember going to one such theater on Sunset Boulevard in Hollywood to see Deep Throat, very controversial, or cool, for the time, depending on your point of view. Shortly after that I saw Behind the Green Door at the same theatre. They were very avant-garde for their time. Amateur video on Pornhub puts them to shame in modern time.

Men would pay to sit in a dark room while a woman danced and stripped in front of them behind a glass barrier. When their time ran out a black curtain would end the show unless the man feed more money into a box.

Erotica has come a long way. And I, for one, am glad of it. When I was younger, I hungered for sexy books to read. I find sex in the written word to be a special turn on. It lets your imagination run wild and allows you to experience every word with your body as it unfolds in your mind. I used to get really turned on reading the sexy stories in a magazine called Forum. They were very explicit and gave me plenty to visualize.

Totally Devoted is about romance, relationships, family, faith, and trust. But it’s mostly about love, which includes sex and sexuality, a normal human function. I treat it with respect and mutual enjoyment. But that doesn’t mean it doesn’t get hot and steamy. So, I invite you to listen to my tale about modern professional, Marie Truesdale and Will Townsend, the rural contractor who helped her find the woman inside she thought she lost, not realizing that it would ignite the flame of lust and love in his own soul.

Thanks for stopping by and thank you Erotica For All for providing authors like me a place to share our thoughts and talk about our books. And thank you for hosting this stop on the Totally Devoted Audio Version, Virtual Book Tour. 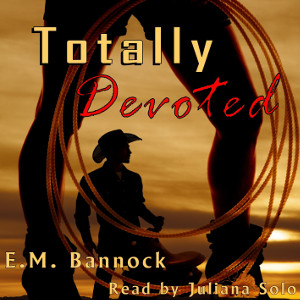 And like the endless rush of rain flowing from the barn toward the ditch, he opened up to her. He told her the whole sorry tale of falling in love, getting Maggie pregnant, getting married, having Duke, and being abandoned by Maggie. He ended with the phone call from Maggie’s mother and the news of her death.

He said it without emotion. It was almost as if he was describing someone else’s life. His story filled Marie with such sorrow. How could a mother desert her own child? How could she throw away such a precious gift? And poor Wil…to have lived through that pain. No wonder he was so afraid to love again. She wanted to reach out to him and comfort him. She wanted to tell him that she would never hurt him, if he would only give her the chance. Instead, she just sat there, stunned in amazement. The only thing she could say was, “I’m sorry.”

Marie Trousdale, a modern urban California professional, is ready for a change when she realizes that she has been mourning her late husband and son for the past 10 years and her life has become stagnant. She hires Will Townsend, a rural Oregon contractor, to build a house for her on inherited property. The two mix like oil and water but the romance spark gets ignited. But will lifestyles, and values become an obstacle that cannot be overcome? Will misunderstandings and danger put out the flame of love or feed it? This steamy romance is a story of love, life, values, and family with a western flavor.

Totally Devoted is the first novel by author E.M. Bannock and was a 2019 National Excellence in Romance Fiction Award Finalist in both the Contemporary Romance 56K Words and up category and Best First Book. Audio Book is now available. 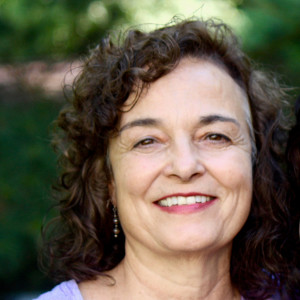 E.M. Bannock grew up in the Detroit suburbs in the 50’s and 60’s. Her father was a great story teller and E.M. says she inherited his imagination. After graduation, E.M. moved to Los Angeles, California where she met her husband. They have lived in California, Oregon, Alaska, Florida, and Wyoming, where she now lives with her small family which includes a spoiled dog and cat, two horses, also spoiled, and a brood of chickens that live like queens in the chicken-coupe-de-ville.

She has made her living as an office manager, computer programmer/analysts, project manager, clothing store clerk, substitute teacher, and buffalo meat packer. Throughout it all, she never lost her love for writing.

A small inheritance from her father gave her the funds needed to begin her career as a published author. She has published two books. Her first book, Totally Devoted, which is now available in audio, was a 2019 National Excellence in Romance Fiction finalist in two categories; Contemporary Romance 65K Words and Up, and Best First Book. Her second book Zoey’s Place was published in 2019.

E.M. Bannock is a Goodreads Author, a BookHub Author, a member of the Romance Writers of America, and a Rocky Mountain Fiction Writer.