One of my favorite tropes is the fish out of water scenario—someone thrown into a situation that’s completely out of their comfort zone and having to flail away until he or she finds their feet.

I think one of the reasons this trope resonates so strongly with me is that I’ve always felt that way. No matter the situation—whether navigating the politics of high school or college, moving across country for a relationship that ended before the plane landed (don’t ask…), or facing a new challenge at work—I never shake the feeling of standing in the middle of a whirlwind, things flying past me just out of reach of my fingers. I know I need to grab those things if I expect to fit in, to make a connection, to become competent, but I’m also terrified something could fly out of the cyclone at any moment and whack me in the face.

Zeke, in Demon on the Down-Low, is a fish out of water too, but he’s different from my other fishes—Gideon in Clickbait, for instance, or Aaron in Mystic Man, or even Quentin, in Single White Incubus—because unlike them, Zeke knew perfectly well that he would be braving a completely alien environment. He knew his living arrangements would be unlike anything he’d experienced before, that he’d be forced to abide by new rules, to learn new skills, to put aside everything that had been normal for him for his entire existence.

But unlike those other guys, he chose his path on purpose, despite knowing it would be difficult to navigate. Gideon, Aaron, and Quentin all regret finding themselves in unfamiliar situations, and it freaks them out. They loathe being vulnerable. Their whole journey involves getting back into their comfort zone, back to their core competencies, back in control.

Zeke, as a low-level minion in Sheol, has never known anything but vulnerability. He desperately wants to stay right where he is, even though it’s difficult, even though he’s hedged in by anti-demon biases. He’s not trying to gain control because it never occurs to him that it’s a possibility. But he’s determined to learn the ropes, do the best job possible, prove himself in this strange new world.

He’s a fish that deliberately ventured out of the water, and is slowly discovering the magic of breathing air.

Hello, everyone, and thank you for joining me on blog tour for Demon on the Down-Low, the third (and final) book in the Supernatural Selection trilogy! Follow along with the tour and comment for a chance to win the tour grand prize, a $25 Riptide gift card and your choice of either Single White Incubus or Bad Boy’s Bard. Winner chosen randomly at the end of the tour from comments across all tour stops. 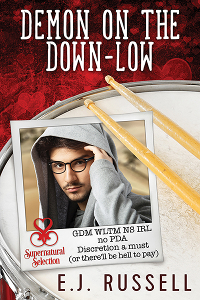 About Demon on the Down-Low

After decades of unrequited love, this kangaroo will jump at the chance for a date. Any date.

Lovelorn kangaroo shifter Hamish Mulherne, drummer for the mega-hit rock band Hunter’s Moon, waited years for the band’s jaguar shifter bassist to notice him. Instead, she’s just gotten married and is in a thriving poly relationship. How is Hamish supposed to compete with that? But with everyone else in the band mated and revoltingly happy, he needs somebody. Since he can’t expect true love to strike twice, he signs up with Supernatural Selection. Because what the hell.

When Zeke Oz was placed at Supernatural Selection through the Sheol work-release program, he thought he was the luckiest demon alive. But when he seems responsible for several massive matchmaking errors, he’s put on notice: find the perfect match for Hamish, or get booted back to Sheol for good. The only catch? He has to do it without the agency’s matchmaking spells, and Hamish simply will not engage.

But Zeke starts to believe that the reason all of Hamish’s dates fizzle is because nobody in the database is good enough for him. And Hamish realizes that his perfect match might be the cute demon who’s trying so hard to make him happy. 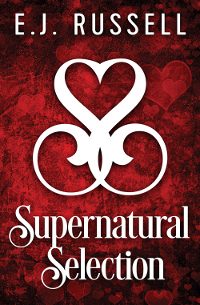 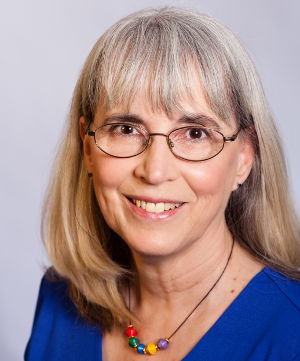 To celebrate the release of Demon on the Down-Low one lucky person will win a $25 Riptide Publishing gift card and an ecopy of either Single White Incubus (first in the Supernatural Selection series) or Bad Boy’s Bard (the book from the Fae Out of Water series that influences this one). Leave a comment with your contact info to enter the contest. Entries close at midnight, Eastern time, on March 2, 2019. Contest is NOT restricted to U.S. entries. Thanks for following along, and don’t forget to leave your contact info!