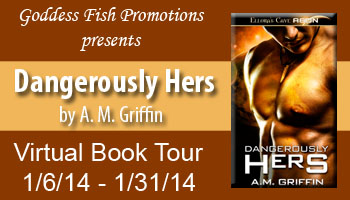 What inspired me to write Sci-Fi?

I am a true blue science fiction girl. I don’t know when I started loving sci-fi which leads me to believe that I was born this way. I just remember watching Star Trek and thinking it was the most wondrous show on television. From there Star Trek: The Next Generation captivated me. I’ve always been an avid reader and yes, I love romance stories about English ladies that fall in love with Dukes and Scottish lasses that are abducted by Lairds. Who wouldn’t? But sci-fi has always held a special place in my heart.

Writing science fiction allows me to use my imagination in some many different ways. I’m not confined by speech, personality, or attitude of any particular time or place. Any confines that I observe are created by me. Although I have free reign over my creativity I have to keep track of the worlds’ I’ve created and the nuances of the fictional place. I have a spreadsheet that I’ve aptly named “Bible”. Everything that I’ve created is put into this spreadsheet right down to the foods, sayings and “alien talk”.

I can’t say that I’ll write sci-fi forever but I can say that I don’t think writing anything else will ever give me as much freedom or pleasure.

She positioned her left leg behind her and balled her fists. From her experience aliens had a hard time with the word “no”.

He rubbed his hand across his face, as if he was trying to regain his composure. She readied for a fight.

He rocked back onto his heels and stood. “I didn’t mean to make you uncomfortable. As you can see I lost control.” He grabbed his crotch. His hand held the thickened outline of his cock.

“Is that all you?” She should have been ashamed for asking, but damn.

“It’s so freakin’…” So many words could be used to describe it, gigantic, humongous, enormous. “Big.”

He leisurely rubbed his cock. “Is it acceptable to you?”

Acceptable, said the lion to the rabbit. But she couldn’t keep her eyes off of it. It was mesmerizing.

“Do you want me to fuck you instead? We can do it here.” He motioned toward the desk. “I could clear the desk.”

She forced herself to turn away. “Does it look like I wanna fuck you or anyone else for that matter?”

He gave her an appeasing stare. “Always ready to fight. Even though the situation does not call for it. Stand down, Jess. I’m not into rough sex.”

She hesitated. When he made no moves toward her she straightened. “I told you before.”

Heat crept across her cheeks. Betrayed. By her pussy. 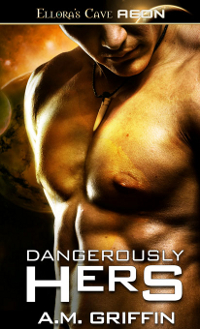 Jess hates aliens. After the invasion that destroyed Earth, the extraterrestrial bastards sold her to a brothel as a sex slave. She may have escaped but the old memories and fears still linger in the dark corners of her mind. Supposedly Sonis is just the place for her—somewhere safe, where she can heal and start fresh. She’s almost hopeful…until she meets Rasha, her new boss.

Rasha, Captain of the Sonis Royal Guard, is a warrior through and through. He’s huge, sinfully sexy and could have any woman on Sonis—but the woman he wants is Jess. He’s very much an alien and Jess knows she should hate him or at least be wary, but whenever he’s around, she loses control. She tells herself it’s only sex—amazing, mind-blowing sex like nothing else she’s ever experienced—but there’s something about Rasha that shakes her soul. The feel of his skin against hers, the look in his eyes as he touches her—they make her want to believe it’s possible to find love and begin again. 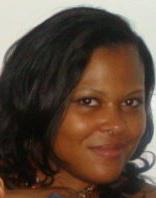 A. M. Griffin is a wife who rarely cooks, mother of three, dog owner (and sometimes dog owned), a daughter, sister, aunt and friend. She’s a hard worker whose two favorite outlets are reading and writing. She enjoys reading everything from mystery novels to historical romances and of course fantasy romance. She is a believer in the unbelievable, open to all possibilities from mermaids in our oceans and seas, angels in the skies and intelligent life forms in distant galaxies.