My writing process is what I would describe as chaotic. I am a very disorganised person and I don’t use outlines even though I really should. I tend to do more of a flow chart I guess, which is usually just  one sentence, or sometimes one word, description of what is going to happen in each chapter.For example I might just write: chapter 12- fight, so I know that this is where things between the MC’s comes to a head. Of course that tends to change dramatically as the story gains pace. I usually start with the characters and a very broad idea of what is going to happen to them before they get their happy ever after. Then I just let the characters loose really, and they tell me the story. Saved is the first “proper” book I have written so the whole process has been a learning curve. 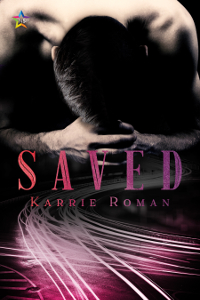 Detective Jack Mitchell is not a people person. After fourteen years dealing with the monsters of society, he has learned to keep people at arm’s length. Failing is his biggest frustration, and on the case of his career, he is having no luck hunting down a copycat serial killer…or the one man who survived the original case.

Six years ago, Will Blaikie was taken by a monster who changed his life forever. Narrowly surviving, he has become a prisoner in his own home. Friendless and alone, he watches in horror as a new monster emerges who only wants to copy the murderous deeds of Will’s monster…including taking Will.

Will Blaikie didn’t often watch the news. It wasn’t because he preferred to bury his head in the sand about the world. More often than not, he was just protecting himself. He knew very well what happened out there, and he didn’t often want to be reminded of it. He had one television in his house, a smallish thirty-four-inch flat screen that was mounted over his fireplace. It was rarely on other than for movies or, of course, for The Walking Dead.

Tonight Will needed the background noise though. So he had left the TV on after watching a repeat of last season’s final episode before the new Walking Dead season kicked off in a couple of weeks. He would proudly admit to being a diehard fan if anyone asked. He could hear the news broadcast begin from the kitchen where he was whipping up a quick stir-fry. There was no point in elaborate and complicated meals if you were only ever cooking for one. The breaking news item immediately caught his attention and left him cold.

Hesitantly making his way to the TV, he picked up the remote and rewound, wanting to have misheard. He hit play when the giant red breaking news banner crossed the screen. Will stood listening as a flawlessly presented, heavily made-up woman, who smiled entirely too much throughout her report, confirmed his worst fears.

“Police have yet to confirm the discovery of a second body with the all-too-familiar cross carved into the chest. Having viewed the body found in a semirural field today, I can confirm that a cross was indeed carved into the deceased’s chest. An unnamed police source unofficially confirmed that this was the second body found bearing the cross. Sydney-siders will remember the Beecroft Butcher from six years ago when the city was paralysed with fear during the yearlong killing spree. Twelve men were killed before the killer, Russell Coburn, was finally—”

He only just made it to the bathroom before the entire contents of his stomach came up. Will draped himself over the toilet seat, heaving and sweating as he vomited into the bowl until nothing but bitter bile remained in him. He could still hear the low mumble from the television, but thankfully, no words were clearly audible. He’d heard enough—too much. His entire body shook, and he imagined his mind would look a picture of complete panic and chaos if he could peer inside it right now. He lay on the cool tiles, curling his body around the toilet bowl, unconvinced there would be no more vomiting. He felt a wet nose snuffle against his arm and reached back to give a reassuring pat to Henley. The furry dog took up his position, laying himself practically on top of his master. Protecting him as always, not just from physical harm, but from the mental hurt Will was now threatened with.

An hour and a half later, both Will and Henley were still curled up together on the bathroom floor. Though his body was still wracked with tremors, they were easing as was the chaos in his head. Could this really be happening again? 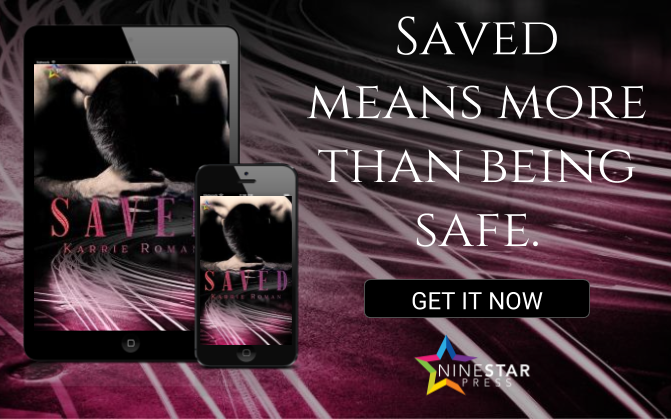 Karrie lives in Australia’s sunshine state with her husband and two sons, though she hates the sun with a passion. She dreams of one day living in the wettest and coldest habitable place she can find. She has been writing stories in her head for years but has finally managed to pull the words out of her head and share them with others. She spends her days trying to type her stories on the computer without disturbing her beloved cat Lu curled up on the keyboard. She probably reads far too much.

April 13th – Erotica For All – http://eroticaforall.co.uk