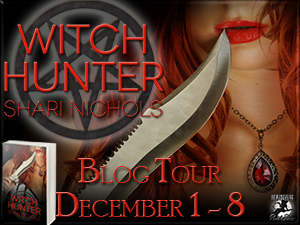 What was once considered the bodice ripper novel is now a thing of the past. The romance genre has evolved over the years to include the exploration of relationships across boundaries and between same sex partners. Now the book shelves and the e-readers are full of stories about M/F/ M/M F/F or even multiple partner relationships.

And who doesn’t want to fall in love? My dream was to make my readers experience that same heady sensation of falling in love when they sit down to read one of my books. Many years back, I read an article about a research study conducted on the brain by a Harvard scientist.

Apparently the emotional center of the brain can only sustain that falling in love feeling for up to three years, max. After that, those intense feelings grow and change into something deeper, less flighty, and the brain stops releasing large amounts of dopamine in the process. In some cases, people end up engaging in flirting, internet relationships and extramarital affairs, simply because they’re addicted to the dopamine release.

Willow took a sip of her margarita and glanced down at Alex’s big hands, tanned and sprinkled with a smattering of dark hair. Funny, she never found a man’s hands sexy. Suddenly her mind filled with images of Alex trailing those big, masculine hands over her body. She wondered if he fit the stereotype. Big hands, big…

“You never did answer my question. Are you considering taking me up on my offer?” The sound of his voice pulled her from a host of fantasies. Willow dug her nails into her palm to get her head back in the game. She shouldn’t be thinking about this man in such a raw, sexual way.

“Why not? My car’s parked in the back.”She probed through the nearby crowd to check if Alex came here with bodyguards. A virtual cacophony of conversations invaded her thoughts, but nothing about protection for Alex. Once she got him alone, she’d take her chances and pray she wouldn’t be outnumbered. “Then let’s get out of here. Unless of course I’ve got some competition.” He   motioned over her shoulder to the incubus whose head now lolled forward over the bar.

“I think you’re flying solo here.” She’d set her trap and let the consequences be damned. She rubbed her finger along the rim of the glass and licked off the salt.

She lifted the glass to her lips, savoring the tangy flavor of margarita mix along with the zing of tequila as it slid down her throat. Headrush. No surprise there, she couldn’t remember the last time she’d slept or eaten in the past forty-eight hours, existing on a combination of raw nerves and pure adrenaline.

“You missed a spot.” He ran his thumb along the seam of her lip. He put it to his mouth and licked. “Mmm, sweet.” Her plan didn’t involve foreplay…but damn he was hot. In another time and another place she would be seriously into this guy. Too bad I might have to kill him. 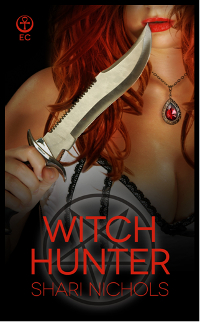 Determined MBI (Magickal Bureau of investigations)agent Alex Denopoulos will stop at nothing to catch a killer, including recruit notorious felon, Willow McCray to work for the agency. The lines between duty and passion become blurred the more time he spends with the sultry witch. In the midst of the investigation, they succumb to the dark edges of desire, placing both their lives in danger. Alex will risk more than his badge to keep her alive.

Kick-ass witch Willow must use her powers for good if she wants to stay out of Hellios, a mage prison for those who have broken the Wiccan Rede of ‘Harm ye None.’ Willow never expects to fall so hard for Alex, a mortal with a penchant for justice and a deep seated hatred of witches. Though a future together seems impossible, she doesn’t want to let him go.

Can she vanquish the evil surrounding them and give Alex her mind and body before she loses her heart and maybe her soul? 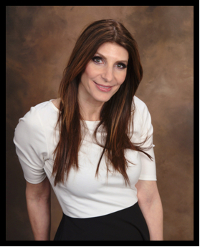 Shari Nichols grew up in a small town in Connecticut where haunted houses, ghosts and Ouija boards were common place, spurring her fascination with all things paranormal. Ever since she read her first Barbara Cartland novel, her life-long dream has been to write sexy, romantic stories. Shari has been married to her own alpha hero for twenty-two years. When she’s not writing, she’s reading, going to the gym, or hanging out with family and friends.

She lives in New Jersey with her husband, two teenagers, and her adoring golden retriever. Shari graduated from Rider University with a degree in Business Administration. After spending several years in the grind of Corporate America, she quit to stay at home with her kids. Now she’s thrilled to spend her days in sweats, eating chocolate while pounding on her keyboard to create her next novel.

Her first book, Witch Hunter has been contracted with Ellora’s Cave Publishing. Her next book, another steamy, romance, will venture into the world of ghosts and haunted inns. Shari is a member of Romance Writers of America, New Jersey Romance Writers, Liberty States Fiction Writers and Fantasy, Futuristic, and Paranormal Romance Writers.