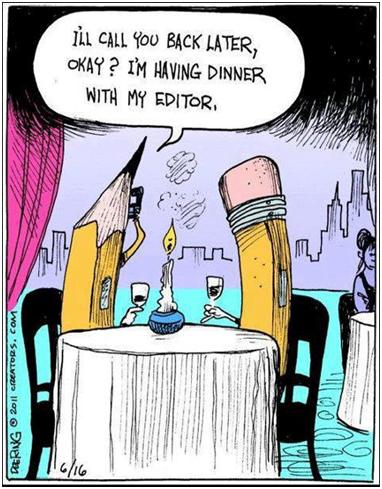 I love deadlines. I like the whooshing sound they make as they fly by. – Douglas Adams

There are three rules for writing. Unfortunately, no one can agree what they are. – Somerset Maugham

If the sex scene doesn’t make you want to do it – whatever it is they’re doing – it hasn’t been written right. – Sloan Wilson

Get it down. Take chances. It may be bad, but it’s the only way you can do anything really good. – William Faulkner

Never throw up on an editor. – Ellen Datlow

Asking a working writer what he thinks about critics is like asking a lamppost how it feels about dogs. – Christopher Hampton

It’s none of their business that you have to learn to write. Let them think you were born that way. – Ernest Hemingway

It took me fifteen years to discover I had no talent for writing, but I couldn’t give it up because by that time I was too famous. – Robert Benchley

Having been unpopular in high school is not just cause for book publication. – Fran Lebowitz

When writing a novel, that’s pretty much entirely what life turns into: ‘House burned down. Car stolen. Cat exploded. Did 1500 easy words, so all in all it was a pretty good day.’ – Neil Gaiman

A writer never has a vacation. For a writer life consists of either writing or thinking about writing. – Eugene Ionesco

He was such a bad writer, they revoked his poetic license. – Milton Berle 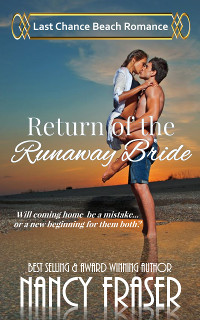 Emily Bennett took a seat behind the cloth-covered table and waited for her publicist and good friend Mary to give her standard introduction. No matter how many of these events she’d done, to Emily they were never routine. Nervously, she adjusted and re-adjusted the angle of the ink pens and candy dish and fanned the bookmarks and other swag out across the tabletop.

Mary tapped the microphone, waited for the echo to stop, and then began, “Thank you all for coming to today’s book promotion event. Author E.M. Stephens will be here for the next two-and-a-half hours, and happy to sign copies of her New York Times bestseller, Love in the Surf, as well as early copies of her newest release, A Bad Boy for Willa.” Mary paused, then added, “For those who haven’t yet heard, Love in the Surf has been optioned for a movie and will begin filming within the next month.” Beaming proudly, Mary turned in her direction. “Ladies and gentlemen, I give you the romantically gifted, E.M. Stephens.”

The queue of fans bent around the front of the bookstore and out into the mall, with tables set up inside the entryway and books stacked in piles of twelve. One-by-one, the towers of both books diminished quickly.

Two hours in, less than a dozen people remained in line. Emily’s hand was beginning to cramp, but she forced a renewed smile to her lips and raised her gaze to the young man who stood in front of her.

“Is there a name for an inscription?”

Emily wrote a short note and signed her name. “Tell your mother ‘thank you’ for me.”

“I will,” he assured her before moving on.

Emily repeated the smile and sign process over and over again until—finally—the line was gone.

Mary gathered up the remaining bookmarks, empty candy dish, and a half dozen pens before leading the way to the back of the bookstore and into a small private room. The moment the door closed behind them, Emily released a long sigh and reached for the mid-length blonde wig that had been driving her crazy for the past hour, releasing her long brown hair to hang freely across her shoulders.

A quick change out of her bright red blouse, tight black leggings, and fancy rhinestone hoop earrings, and back into her faded jeans and vintage T-shirt had her feeling more like Emily, and less like her alter ego, E.M. Stephens.

“I don’t know about you, sweetie,” Mary said, a long sigh escaping, “But I could use a greasy burger, with an onion ring and frosty beer chaser. Why don’t we get out of here and go someplace dark and inconspicuous and kick back for a while?”

“As much as the idea appeals to me, I’ve got to finish packing and then load the car. I’m hoping to be on the road by six in the morning, if possible.”

“I don’t understand why you’re driving all the way to Last Chance Beach. Why not fly in to the closest airport and rent a car?”

She gave a quick shake of her head. “I’ve got too much stuff to drag with me. Besides, the drive will give me two days and a night to get my story straight and figure out how to explain everything to my parents.”

“I still can’t believe you never told your parents about your books. With all the success you’ve had, you’d think bragging rights alone would have prompted the discussion.”

“I grew up on Last Chance Beach before it became a tourist magnet. I went to high school on the mainland where they still do farmer’s markets and county fairs. It was bad enough I left under less than stellar circumstances. I’ve never been ready to explain why I gave up on a career as a serious journalist to write romance novels.”

Mary’s grin was followed by a very unladylike snort. “For the money, sweetie. The glitz, the glamor and the chance for a huge movie deal.”

Emily flexed her sore hand. Opening the door, she stepped back out into the store, totally unrecognizable to her adoring fans. “Glitz and glamor? Not according to my impending carpel tunnel.”

Five years earlier, Emily Bennett ran out on Chase Michaels on the eve of their wedding. At twenty-two, she wanted more than the island of Last Chance Beach could offer. Intent on making a name for herself as a world-class journalist, she left to take a job with a big city newspaper.

Chase Michaels left Last Chance Beach not long after having his heart broken and joined the Coast Guard in an effort to rebuild his life. Returning four years later for a family emergency, he decided to stay and go into business with his best friend.

Emily’s returning as well. Not as the journalist she’d hoped to be but as a bestselling romance author. One of her books is about to be made into a movie, and filming will take place on Last Chance Beach and in the mainland town of Summerville.

Will Emily’s return give them a second chance at the love they once shared? Or, will her ‘other’ reason for leaving put a wedge between three best friends that can’t be healed by time or intention? 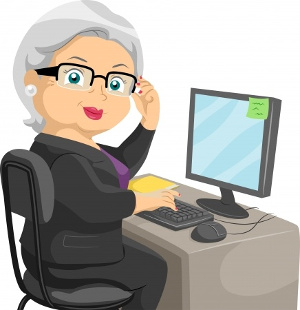 NANCY FRASER—Jumping Across Romance Genres with Gleeful Abandon—is an Amazon Top 100 and Award-Winning author who can’t seem to decide which romance genre suits her best. So, she writes them all.

Like most authors, Nancy began writing at an early age, usually on the walls and with crayons or, heaven forbid, permanent markers. Her love of writing often made her the English teacher’s pet which, of course, resulted in a whole lot of teasing. Still, it was worth it.

Nancy has published over forty books in full-length, novella, and short format. When not writing (which is almost never), Nancy dotes on her five wonderful grandchildren and looks forward to traveling and reading when time permits. Nancy lives in Atlantic Canada where she enjoys the relaxed pace and colorful people.