You are here: Home / Interviews / An Interview with Charlie Cochrane (@charliecochrane)

Why do you choose to write stories set in this time period?

Of all the historical eras I write in, the early twentieth century feels the most comfortable. I have tried my hand at Regency and WWII, but my heart lies within the thirty or so years either side of 1900. Why? Because ever since childhood, I’ve read authors from that era. Conan Doyle, Jerome K Jerome, Wilkie Collins, EM Forster and the like. I can almost see and hear that time and writing the right cadence for the dialogue comes naturally. Add to that a passion for WWI poetry and living in an Edwardian house, then my choosing that era almost seems inevitable.

What are the best resources for historical research?

For me, the best resources are ones contemporary to the time. Books or plays written in the same decade, newspapers from the era, non-fiction books which draw on the experiences of people alive then (like Max Arthur’s wonderful “Voices” series featuring interviews of various people with experience of war). If you read a history textbook, you always get the story told with the writer’s bias and a touch of whichever axe they’re trying to grind. Take some of that away and you build up a truer picture – and the better a picture you can build up in your head of ordinary life, the more convincing your portrayal will be. And I’d also recommend Oxford English Dictionary online, to check if words and phrases are appropriate for the time. Some words go back a lot further than you’d think and some (blizzard for example) are surprisingly modern.

How do you feel about using foreign dialects or historical argot?

I think it’s a minefield. Like those awful films where you have people in France, clearly supposed to be talking in French, but they’re just speaking English with a French accent. Any aspiring historical author should read Mary Renault’s Alexander Trilogy. Nobody speaks cod-Greek or cod-Persian. It’s the cadence of the language and the sprinkling of specialist terms (like names for items of clothing) which depict the setting and the era. I don’t mind using – or reading – some dialect terms, especially if the story is set in a part of Britain where the local argot is distinctive. Geordies don’t use the same words as cockneys and a reasonable amount of local words helps to flavour the story. But if you use so many your readers can’t understand what’s going on (or if you need to provide an index to explain the words) then you’ve gone too far. Don’t let the detail get in the way of telling the story; everything in moderation.

What about balancing the genre expectations of writing romance with the historical reality about life for gay men at the time?

You have to do it with a delicate touch and a lot of pragmatism! There always have been gay men and some of them have managed to stay under the radar (or the equivalent to radar of the time!) Using discretion, employing marriages of convenience, hiding in plain sight (for example within traditionally all-male institutions), gay men have found ways to survive, deflect suspicion and find a sort of happy ever after, or at least a happy for now.

Clearly one can’t have the big white wedding or other typical romance genre ending, but you can find imaginative ways for your heroes to stay together. And actually, that’s a great challenge and stimulus for a writer, creating that believable happy ending. The advantage we have, of course, is that we don’t have to conjure some threat or danger to a relationship. Having to keep the emotions hidden to the world supplies that ongoing tension – and creates plenty of space for UST.

Is there a place for historical romances that are more costume drama than realistic?

Yes, up to a point. I like a historical romp as much as the next person (fond memories of black and white films on the telly on a wet afternoon) but there’s a point at which even I go “Ow!” Like reading about someone in Regency times listening to Big Ben chime, or Robin Hood saying he’ll travel from Kent to Nottingham in a day. Real howlers bring the genre into disrepute – as does bad writing of any sort – although people aren’t really likely to want the gruesome details from an era. Do we want to know about bad breath or body odour or dirty linen or bad teeth? So I guess writing historicals is about employing a light touch; don’t say somebody’s teeth are gleaming when they’re likely to have been pretty ghastly. Just don’t mention them. Just say your hero has a charming smile.

What about the challenge of writing characters who are true to the attitudes of their time and yet remain sympathetic the contemporary reader?

Another thing needing a light, sensitive touch.  It’s completely unfair on your reader to fill your characters’ dialogue and thoughts with modern opinions or make their actions anachronistic, just to make everyone feel comfortable. A simple trick is just to avoid them discussing slavery or the role of women or whatever it is that’s relevant to the situation. Or if they do discuss it, you can take a philosophical approach, perhaps having them debate the pros and cons of getting rid of deportation for those convicted of robbery or anything else which seems barbaric to our modern eyes, but don’t feel obliged that they have to see the barbarity of it. If you can’t do that, avoid the topic altogether.

How long have we got? Sad to say, some historical fiction is simply porn/fluff with added ruffles, poorly researched and poorly written. Fine if you want plenty of sex and no plot but not if you want a solid storyline. So a well written, well researched, story transcends the accusations of this not being serious writing. (And I’d like to see anyone dismiss “The Persian Boy” or the “Regeneration” trilogy as fluff.)

Count the Shells is the story which completely astounded its author in the telling. I had no idea when I sat down to write it that the straightforward historical romance I’d envisaged would turn out to have a plot twist which transformed the story into possibly the best tale I’ve ever crafted. 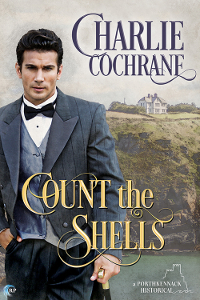 About Count the Shells

Michael Gray returned from World War One injured, but at least he returned. Others were not so fortunate, including his first and greatest love, Thomas Carter-Clemence, with whom Michael had parted bitterly before the conflict began.

Broch, the Carter-Clemence home in Porthkennack, was an integral part of pre-war holidays for the Grays, the two families drawn together in the wake of their sons’ friendship. Returning to the once-beloved Cornish coast for a break with his sister and her family, Michael has to find the courage to face old memories . . . and dare new relationships.

When Thomas’s brother Harry makes an unexpected appearance, Michael is surprised to find himself deeply attracted to Harry for his own sake. But as their relationship heats up, it unearths startling revelations and bitter truths. Michael must decide whether Harry is the answer to his prayers or the last straw to break an old soldier’s back. 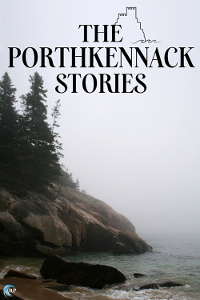 Welcome to Porthkennack, a charming Cornish seaside town with a long and sometimes sinister history. Legend says King Arthur’s Black Knight built the fort on the headland here, and it’s a certainty that the town was founded on the proceeds of smuggling, piracy on the high seas, and the deliberate wrecking of cargo ships on the rocky shore. Nowadays it draws in the tourists with sunshine and surfing, but locals know that the ghosts of its Gothic past are never far below the surface.

This collaborative story world is brought to you by five award-winning, best-selling British LGBTQ romance authors: Alex Beecroft, Joanna Chambers, Charlie Cochrane, Garrett Leigh, and JL Merrow. Follow Porthkennack and its inhabitants through the centuries and through the full rainbow spectrum with historical and contemporary stand-alone titles.

To celebrate the release of Count the Shells, one lucky winner will receive a goodie bag from Charlie Cochrane, including postcards (new and vintage), a recipe book, bookmark, pencils, a fridge magnet and various other doodahs! Leave a comment with your contact info to enter the contest. Entries close at midnight, Eastern time, on October 21, 2017. Contest is NOT restricted to U.S. entries. Thanks for following the tour, and don’t forget to leave your contact info!