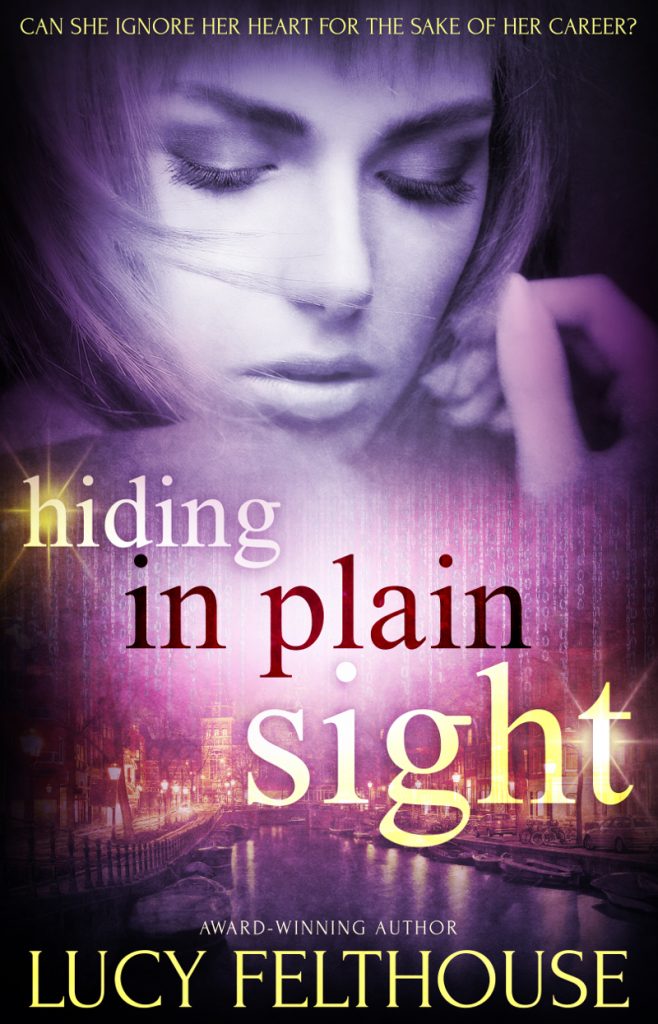 That’s where Mallory comes in. She follows the group to Amsterdam, planning to get her claws in to one of the gang. Luck is on her side, and within twenty-four hours she’s lunching with Baxter Collinson, the youngest—and most handsome—diamond thief. What she’s not expecting, however, is to get on with him quite so well. Attraction bubbles between them—and for once, on Mallory’s part, it isn’t an act. For the first time in her career, Mallory struggles with what she must do.

Can she ignore her heart for the sake of her career? 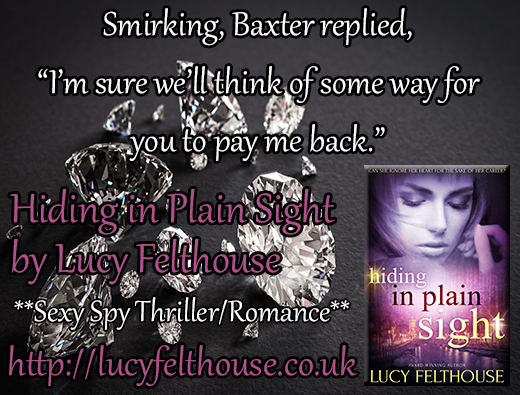 Mallory Scott spotted the people she was looking for as soon as she walked into the hotel bar. Hell, she hadn’t even needed to search; they were being so loud and obnoxious they were practically screaming for attention.

Stupid, in Mallory’s opinion. If you were running an international diamond scam, surely you’d want to keep a low profile? But no, apparently these guys didn’t give a shit. Not only were they screaming for attention—and getting it, she noticed, as other patrons of the bar shot them the occasional glare—they were also projecting the fact that they were filthy rich. They were supping on the most expensive champagne money could buy and demanding oysters and caviar be brought in. The overwhelming arrogance made her blood boil, but she consoled herself with the fact that by the time she was done with them, they’d be taken down by more than a peg or two—they’d be at rock bottom.

Heading for a table in a position where she could watch them, but remain partially hidden behind a pillar, she shook her head. She could hardly believe they’d kept their multi-million-pound enterprise going for so long. If they ran their operation as sloppily as their current behaviour indicated they might, it was a miracle indeed.

Not that it mattered. They could be running the tightest ship ever known to man, and she would still find a way to take them down. It was what she did. For years now, she’d been successfully infiltrating illegal operations of varying kinds, then gradually dismantling them from the inside. Before the criminals realised what was happening, it was too late—their wrists were practically in the handcuffs, their arses on their way to jail.

This project was different from the ones she usually handled. Her past takedowns included terrorist plots, kidnappings, drugs, people-trafficking… that kind of thing. She’d been involved because sending in police or military personnel wouldn’t work. Not in those particular circumstances. To be truly effective, Mallory needed to infiltrate the organisations at the top, gain their trust—or at least enough trust to allow her to snoop—and acquire evidence of their involvement to ensure their convictions. Otherwise, rushing in and stopping the terrorists, saving people and so on, important as that was, would only affect a tiny part of the organisation. It was vital to dismantle the whole thing, from the big bosses and the money men, right down to the minions doing the leg work.

An added bonus to this approach was that the victims of these organisations, as well as being saved, would know that justice had been served to those that hurt them, and the knowledge that they’d never get the opportunity to do it again. It was dangerous but fulfilling work, and Mallory couldn’t imagine doing anything else. She loved the adrenaline rush, the challenge.

And the challenge element was precisely why this job was different. In as much as it wasn’t supposed to be particularly challenging. Intel gathered over the past year had pinpointed the what, the who—though they couldn’t yet put faces to names—the where and the how, and that had been done covertly, without the need for an undercover operative. All that remained in this case was to find out the when, so they could be caught in the act. It should have been simple, really. But the group was careful, exceedingly so. One of their number was a hacker, meaning that trying to access their emails, internet search histories and voicemails, or tap their phones without being detected was almost impossible. They were smart.

Which meant the only option remaining was the old-fashioned approach.

A honey trap. It was Mallory’s mission to attract the attention of one of the men in the group—hell, even one of the women if any of them swung that way—and slowly, slowly cultivate and exploit their relationship in order to get the information she needed. Then boom, another international criminal enterprise would bite the dust.

Which brought Mallory to her current position, dressed up in ludicrously expensive designer gear and half-hiding behind a pillar in the bar of Amsterdam’s most exclusive hotel. Someone less experienced than Mallory might have found the idea of staying out of sight ridiculous. The aim was to get the attention of one of the gang members, after all. But Mallory was at the top of her game, the very best of the best, and she knew damn well that putting in a little groundwork early on would pay off in spades. Before she did anything, before she so much as batted an eyelash in the direction of the gang, she needed to identify her target. It was pointless trying to eye-fuck with a bloke from across the room, only to discover he preferred men, or was happily married and the faithful type. That would attract the wrong kind of attention. When she did get noticed by the group, she wanted it to be for the right reasons, and on her terms. If they caught even so much as a whiff of her deception, it would be game over.

So she would watch, and wait. Then as soon as she decided which one of the group was going to be her new boyfriend, she’d move in for the kill. Figuratively speaking, of course. Killing wasn’t her job. She was capable of it, and over the course of her career had ended more than one life in self-defence, or in order to protect others, but she was no cold-blooded murderer.

She was something much more dangerous; something that no one ever saw coming. 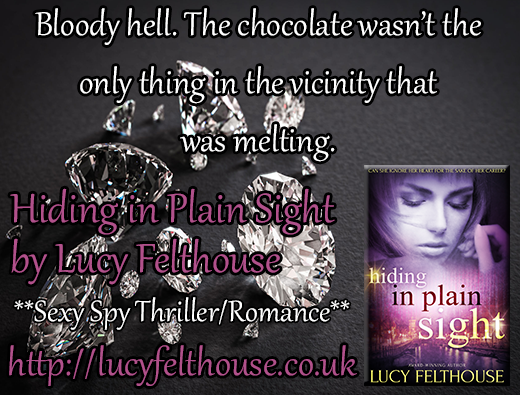