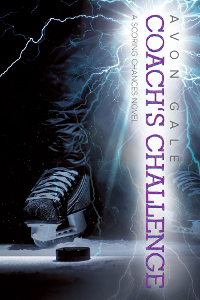 It’s been decades since blackmail forced Troy Callahan to retire from playing professional hockey, and he’s built a successful career behind the bench. When he’s offered the opportunity to coach the Asheville Ravens—the most hated team in the ECHL—he’s convinced that his no-nonsense attitude is just what the team needs to put their focus back on hockey. But Troy is disheartened when he finds that the Ravens have signed Shane North, a player known for his aggression—especially when Shane’s rough good looks give Troy inappropriate thoughts about a player, even if Shane’s set to retire at the end of the season.

Shane’s career in the majors never quite took off. Wanting to quit on his own terms, Shane agrees to a one-year contract with the Ravens and finds himself playing for a coach who thinks he’s an aging goon and with a team that doesn’t trust him, the coach, or each other. Despite his determination to not get involved, Shane unwillingly becomes part of the team… and is just as unwillingly drawn to the gruff, out-and-proud coach. As the Ravens struggle to build a new identity, Shane and Troy succumb to the passion that might cost them everything.

“I didn’t think you liked me very much, Shane.”

It was such an unCallahan thing to say, it was almost cute. “I don’t really need to like you to want you to fuck me, do I?”

They stared at each other, the music a low throb in the bar, lights dancing merrily on the slick floor. “I could like you just fine,” Shane murmured and then deliberately dropped his gaze to Troy’s belt. “If you just showed a little effort, Coach.”

Shane knew the “coach” thing would piss Troy off—what didn’t?—but he had a hunch that wasn’t all it would do. He stood up very slowly and angled so they faced each other in the small space between the barstools. Troy was taller than Shane by a few inches, though leaner and lanky like a runner. They weren’t quite touching, but it reminded Shane of those games where you lined up across from a guy for the faceoff and just knew you were going to throw the gloves off as soon as the whistle blew.

All they needed was someone to blow the whistle. God. 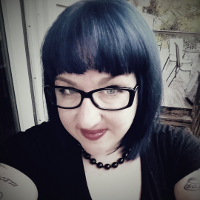 Avon Gale wrote her first story at the age of seven, about a “Space Hat” hanging on a rack and waiting for that special person to come along and purchase it — even if it was a bit weirder than the other, more normal hats. Like all of Avon’s characters, the space hat did get its happily ever after — though she’s pretty sure it was with a unicorn. She likes to think her vocabulary has improved since then, but the theme of quirky people waiting for their perfect match is still one of her favorites.

Avon grew up in the southern United States, and now lives with her very patient husband in a liberal midwestern college town. When she’s not writing, she’s either doing some kind of craft project that makes a huge mess, reading, watching horror movies, listening to music or yelling at her favorite hockey team to get it together, already. Avon is always up for a road trip, adores Kentucky bourbon, thinks nothing is as stress relieving as a good rock concert and will never say no to candy.

At one point, Avon was the mayor of both Jazzercise and Lollicup on Foursquare. This tells you basically all you need to know about her as a person.

Avon is represented by Courtney Miller-Callihan of Handspun Literary Agency.