Sean Sinclair is handsome, brilliant, and completely self-centered, so it is no surprise that his main ambition is to succeed as Master of one of England’s oldest and most prestigious universities—St. Thaddeus’s College. And while working his way up the academic ladder, he is more than happy to fill his days with as many sexual conquests the life of a successful gay university fellow can throw his way.

But when an embittered former lover goes missing under grisly circumstances, and suspicion falls on him, Sean is dragged into a world of ancient horror hidden behind the dreaming spires of St. Thaddeus’s, and into a centuries-old war between light and darkness.

Hounded by police and stalked by monsters, Sean must fight to find the truth of “The Shadow College”. What are its plans for humans? And for him?

In the shadows, it’s hard to tell friend from foe, lover from killer, and as the darkness deepens, Sean is forced to make choices that will cost him far more than just his life. 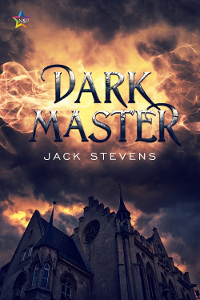 Soon after joining the college I’d found I could walk from my rooms of a morning, through the arches that lead to the Quad, partway round that patch of green to the clock tower and then through the gatehouse and into the lecture rooms, and somehow, without speaking to anyone, I could have picked up on the mood of the day, have been prepared for the first thing I would be told when, finally, I spoke to someone. A psychologist friend tried to explain it to me once, talking at length of subliminal impressions processed by the mind without conscious thought: the expressions on faces of passing students and dons; the sounds and lack of sounds from the various rooms passed, smells, pheromones, memes, and a whole host of other things I didn’t really understand. Or maybe, he’d added, it’s something in the old stone of the buildings talking to us. Then I knew he’d been taking the piss.

However it happened, I knew even before old Harry the Porter hobbled towards me with that gallows expression on his face that something had happened, and somehow I already had a pretty good idea of who was involved. I’d seen the looks one or two of the students had given me as I walked by them. I was sure I’d heard Lee’s name whispered behind my back, and even though I wasn’t consciously willing it, the events of last night were beginning to replay in my mind.

“What is it?” Apprehension made me unusually sharp with Harry. He was a good old stick and I genuinely liked him. Plus, it was always wise to keep on the right side of the Porter of your college. You never knew when you might need to sneak back in late after the gates were closed, alone or with a “friend.”

“Some people to see you, sir, in the gatehouse. To do with Mr. Barker, sir.”

“With Lee?” For just a second I thought maybe he’d gone through with his semi-articulated schemes of blackmail, but I dismissed the thought as quickly as it had arisen. What I’d said the previous night about the futility of his implied threat still held true in the light of this day, and besides, somehow, I knew that wasn’t what this was about.

I’d like to say the half-whispered words hit me like a thunderbolt, but I could never bring myself to say something so clichéd. Besides, they didn’t. I’m not sure how I felt. I don’t know if I believed what I’d just heard or not. It was just…words. So, I looked at Harry to see if what I saw could help me make sense of what he’d said. I saw the look he gave me, a sort of sideways glance as he tried, discreetly, to read my reactions. Harry was old and a bit bumbling, and absolutely no one’s fool. You didn’t get to be Porter of one of the country’s most prestigious seats of learning by being an idiot. He’d seen Lee come to my rooms enough times to know the score. I kept my face down, unwilling to let him see my reactions, at least until I knew more clearly myself what they actually were. “How?” It seemed the safest thing to say.

“I don’t rightly know, sir,” he said, his tone making it clear to me that he did, or at least had a pretty good idea.

He showed me into the gatehouse and a room like most of the others in the college: small, irregular, dimly lit through clouded old glass and with whitewashed stone walls adorned only by shelves full of books and several dingy portraits, some of which could quite possibly turn out to be long-lost masterpieces if only the time and enthusiasm could be found to take them down and clean them. That much was typical; what was unusual about this room today was the presence of two police officers, a man and a woman.

“Good morning,” I said. I addressed the man, not because I am inherently sexist but because he was by far the sexier of the two, so much so that it didn’t seem wrong to notice the fact even in the circumstances.

Jack Stevens read English at university, travelled the world, worked up trees, in factories and offices and now, when not writing or wrestling, tries to teach drama (which really helps with the wrestling). He would like to see more repeats of World of Sport wrestling bouts on television, please.