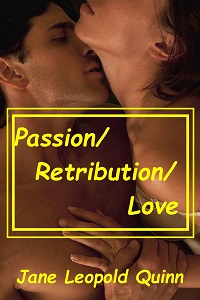 Their lives entwine when he saves her life, but she’s in further danger when his past meets his present. Sam hates the pain he’s caused, but can’t stay away from her. He craves the promise of a normal life with a soft, willing woman like Liz who doesn’t have to fight torturously dark demons. Addicted to his powerful lovemaking, Liz finds him as compelling as she is confused by the mystery of what he’s not telling her.

Will she still love him when he finally tells her the whole truth? Can Sam accept that his past actions don’t need to destroy a future with a woman who has proven her strength—emotionally and physically?