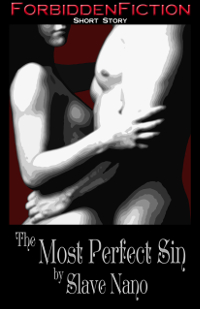 Slave Nano’s latest story, just published by Forbidden Fiction, is The Most Perfect Sin. The story is set in the turbulent period following the English Civil War during which radical political and religious movements flourished. Amongst them was an extreme sect called the Ranters, who denied concepts of morality or the distinction between good and evil. To put it simply, they preached drunkenness, swearing and free love! Into this world steps the charismatic Tobias Coppe…

King Charles I has been beheaded and radical ideas are spreading. Tobias Coppe, member of the notorious religious sect the Ranters, is preaching in the Flask Tavern in London. In the midst of a lewd act, Tobias is interrupted by officers from the army. He escapes arrest by hiding in the bedroom of chaste Puritan maiden, Chastity Clarkson. The Ranter sees her seduction as a challenge, but will he be successful? Never was a religious debate so sexy! 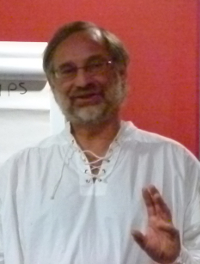 He escaped into a passage, hoping to find a means of escape into the dark alleyways behind The Flask but was thwarted. The passage only led to a staircase, the upstairs gallery and the guesting rooms of the inn. He had no choice but to take that route and trust he could find somewhere to hide, but the corridor was a dead end, leaving him trapped. He heard the muffled calls of the pike men from downstairs. In seconds he would be captured. He had no choice but to hide in one of the bed chambers.

He threw open the nearest door and closed it behind him, hoping there would be no guests using the chamber and that he could escape out of a window and onto the roof tops. But facing him was a four-poster bed, and in it a young woman who hastily gathered up the bolster to protect her modesty. Her bright blue eyes conveyed her surprise but also her curiosity.

“Sir, how dare you intrude on a maiden’s privacy?”

Before Tobias could reply, there was a bang on the door as one of the soldiers called out, “Open up. We’re searching for the Ranter who goes by the name Tobias Coppe.”

Coppe cast an imploring glance across at the young woman. His fate was entirely in her hands. One word from her and the soldiers would burst into the room, and he’d be arrested.

“No, you may not enter!” she called out. “I am in a most immodest state of undress and it wouldst be wholly inappropriate for you to come in. I would not permit any of the ranting sort in my chamber sir. I can assure you of that.”

“Sorry to disturb you, my lady,” replied one of the men.

Tobias listened as they shuffled along the gallery to next bedchamber. He turned with respect to the young woman, still sat bolt upright and startled in her bed, the cover wrapped tightly around her chest. She was certainly a lovely young woman with a peach-like complexion and long fair hair that fanned over the pillow.

“Thank you, madam. I am in your debt. May I ask the name of the young woman who hath saved me from gaol?”

Tobias smiled, “With that name, I wouldst guess you come from good Puritan stock?”

“Yes indeed sir, that would be true. My father is a wool merchant from Norwich and is in town on business with my brothers,” she explained.

“Ah, I believe I did spy them in the tavern. So, it wouldst be your brother who sneaked out to fetch the soldiers to get me arrested. And I was in the midst of such an inspirational sermon on the nature of God’s love… and so close to its climax!” Tobias laughed.

Chastity leapt to the defence of her brother, “And no doubt with good reason, sir. I can imagine what vile blasphemies you wouldst be preaching.”

“What doth you know of what I believe?”

“Why, I understand well what you are. My brother was lately an officer in Parliament’s army and hath spoken to me of some of the strange beliefs he encountered amongst the soldiers there. I know you are profaners; that you believe in free love, excessive drinking and swearing. I’m not so naïve that I do not know you preach debauchery and blasphemy.”

Tobias put on his most charming and persuasive voice, “Indeed, much of what you say is true my lady, for I enjoy all the bounties of life. But that is because my spirit dwells with God, sups with him and feeds with him. My humanity in God rejoices in the company of my fellow creatures, and since we are all equal in the eyes of God, yes, why not publicans and whores.”

It was one thing to have your cock sucked by a drunken harlot in a tavern, but to seduce a young Puritan maiden, to persuade this sweet and virginal girl that sex was a godly and beautiful act, now that was indeed a challenge worthy of a Ranter. He flung off his jerkin, kicked off his boots and jumped onto the bed beside her. 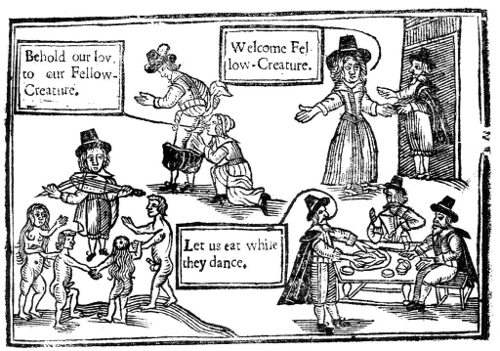