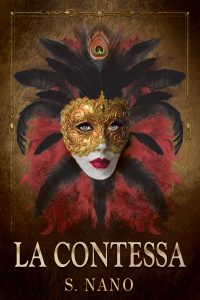 The most decadent city…

The most perverted mistress…

She sends her maid, Julia, into the alleyways to search for a young man to act as her slave. Julia finds Roberto prostituting himself in the least salubrious district of Venice. He enters into La Contessa’s service to perform her bizarre and sadistic scenes.

From their first meeting there is a mutual attraction between maid and servant. The young couple engineer a series of sexual encounters, knowing the risks should their mistress discover them. Their situation is complicated when La Contessa rescues Becky and brings her to the palazzo as her submissive girl-slave. The interloper exposes Julia’s jealousies… and the feelings for her mistress.

How long can Roberto and Julia keep their love secret? Will Becky’s presence thwart their relationship? Will La Contessa’s scheming bring her the richest prize in all Venice? 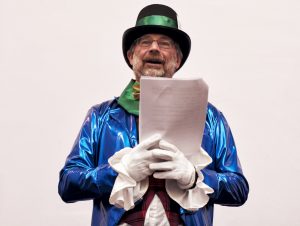 We help Becky, now unbound except for the ropes still wrapped tightly around her tits, climb onto the rack. She lies and waits for the next stage in her initiation. Leather cuffs are attached to her wrists and ankles. Her arms are stretched out on the rack whilst her legs are pulled over the wood frame with chains attached to the cuffs, so they are splayed into the air, her wet cunt exposed to view.

The girl is tied to the rack. The four animal masked figures stand beside her, two at either side, with La Contessa and Il Padrino at either end. La Contessa leans over her, her cleavage thrust into her face as she first caresses and then gently nips the girl’s swollen, and reddened breasts. She produces the wicked metal clamps again and closes them around the girl’s nipples. Becky simpers with pain. La Contessa goes to each of the masked figures in turn and unbuttons their black suits at the crotch and pulls out four erect penises. The scene is bizarre; Becky spread out on the rack, the dark masked figures of lion, chimpanzee, jackal, and zebra, now with erections protruding from their shadowy black bodies, illuminated by the candlelight.

La Contessa gestures. The zebra takes up a position between Becky’s legs. The zebra’s nostrils lean over her crotch, and a sliver of tongue slips out of the mask as the figure goes down on Becky, licking her pussy. He thrusts his tongue inside her licking her sex with fast little flicks.

The girl is being driven wild, her body bucking and twisting on the rack. La Contessa has other plans for her. She pushes Becky’s head to one side and firmly holds it in place against the wooden rack. Facing Becky is another hard cock, this one belonging to the jackal. What happens next is inevitable as the rampant, hard flesh is threaded between her soft lips. She sucks on the cock enthusiastically. The animal figures take it in turns to pleasure her and take their pleasure from Becky’s body. She is stretched out and powerless, having surrendered herself into La Contessa’s perverted game. They insert black-gloved fingers into Becky’s cunt and tug on her clitoris with their lips, skilfully keeping her on the edge of ecstasy.

Becky’s body thrashes wildly on the rack as the four masked beasts inflict their animal yearnings on their helpless victim. She groans with pleasure even when her mouth is full of cock. She sucks hard and enthusiastically, revelling in the combination of ecstasy and humiliation. The lion pulls his cock from her mouth, its tip glistening with a mixture of his pre-cum and Becky’s spittle. La Contessa looks on in amusement at the scene she’s created.

“But your ordeal isn’t finished yet girl.”

La Contessa stands by the side of the rack, a leather strap-on, thicker and wider than any of the men’s cocks, sticks out from the scarlet silk of her gown.

“Take it girl,” she urges, as the object is pushed into her mouth.

Becky can barely breathe as the strap-on fills her mouth and is pushed deeper. But she still finds the energy to suck on it determinedly, knowing she must submit to this act of humiliation for her mistress.

Il Padrino has been watching attentively on the side-lines at the actions of his four apprentices, but the moment has come for him to enter the play. He unbuttons his breeches and pulls out is cock, aroused from watching the torment to which Becky has been subjected. La Contessa withdraws the strap-on from Becky’s mouth so she can turn her head and watch as Il Padrino mounts the rack. His black-rimmed hat and sinister white mask loom over her as he rams his rampant cock into her sopping cunt.

She groans desperately as she receives her master’s cock, and arches her body to take it deeper inside her. Il Padrino starts pounding into her. He’s already aroused and Becky has been on the edge of coming for ages. It takes only a few minutes of hard thrusts before Becky lets out a scream of ecstasy as the waves of orgasm wash over her. Il Padrino reaches his orgasm soon after her, shooting his cum into her eager cunt. La Contessa releases the clamps from Becky’s nipples and she lets out a final gasp of pain and pleasure as blood rushes back to sensitive nerve endings. Becky looks spent and exhausted, but there’s also a euphoric glaze in her eyes.