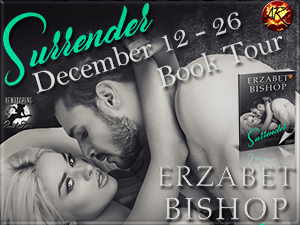 Fleeing from a relationship gone horribly wrong, Jocelyn Frazier makes the choice to start a new life. If only her car had gotten the memo. Stranded in the parking lot of what seemed to be a night club, she walks into a world she never knew existed. A new job with room and board are the answer to her prayers, but can she really outrun the ghosts of her past or will they come back to claim her?

Master Caine has just come out of a five-year Master/sub arrangement after a bitter breakup. He spies the new barmaid instantly, dismissing her as just another pretty face. When circumstances put them in close proximity, his resolve to stay at a distance is put to the test. He finds himself enamored by the curvaceous blonde. Soon the teacher becomes the student and he learns that the gift of trust might just be the greatest surrender of all. 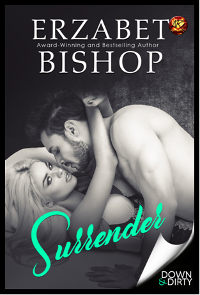 Master Caine observed with interest the new waitress that worked with Roxy at the bar. She was shy and not at all used to life in the club. Her black corset and short micro skirt were tasteful. He would give Roxy that. The girl’s expressions as she took in some of the costumes of the patrons were comical.

A couple had come through, the leather clad Domme leading a man dressed in nothing more than a dog collar and a strategically placed genital cage, and he thought she was going to choke on her own tongue. From time to time on his rounds as dungeon monitor, Caine caught her observing the patrons in the spanking room, a curious look on her face as if she were trying to comprehend why a person would do such a thing.

“She’s delightful,” Gage stated, noting the direction his attention traveled. “The people love her and she’s gotten more tips than all the other servers combined.” The hum of the club had picked up over the last couple of nights and he’d been relieved at the influx of people.

Caine shrugged. “Another pretty face.” She seemed like any typical Texas girl. Blond hair, curves that filled out her jeans nicely, and a pleasant disposition that defied logic. But in the corset and microskirt—his cock stood up and took notice.

“Did her background check come back okay?”

“It did. She’ll be here about a week, from what Linnet said.”

“How do you know?” But he’d seen the telltale bruising on her face. It wasn’t hard to guess what had happened. No doubt she was on the run from an ex. All the more reason to steer clear.

So why did he continually seek her out every time he found himself in the main room of the club? It had been three days and each evening he found himself staring at her like a proverbial lost puppy.

“Linnet told me. Be careful, Hoss.”

“What do you mean be careful?”

“I have no intention,” he started to say, and then realized it was a lie. He’d been relieved when he caught her watching his performance during the public exhibition tonight and wondered what her ass would look like stretched across his bench, the rosy pink kiss of his paddle coloring her cheeks.

“You wouldn’t know unless you ask. Just keep in mind she’ll be heading to Houston for that modeling audition as soon as she can get enough money to get her car fixed.”

“She’s a model?” His cock hardened at the thought. He was definitely attracted to her. There was no doubt. And she was a polar opposite of Riley.

“I didn’t say you were, but if you do don’t hurt her. She’s been through enough.”

The corset was tight around her ribs and she took a deep breath, trying to reign in the excitement of the night. Her tables had been more than generous and, during a lull, she caught sight of something happening in the stage area.

The first performance had been none other than Master Caine and a volunteer from the audience. He had paddled the squirming sub to a rosy pink puddle of feminine appreciation.

Her first reaction completely surprised her and she almost dropped a tray of drinks as her heels wobbled. She wanted to be that woman.

The more she read his books in the gift shop, the more she wanted to be a part of his world.

She turned to find the tall Dom standing next to her. “What are they doing?” she asked.

“Her Dom is issuing a public punishment.”

“And she likes that?”

“Why don’t you come and find out?” His lips twisted upward into an inviting smile and she wanted more than anything to take him up on it.

Roxy ambled up and greeted them. “I think your shift is over for tonight, girlie girl. Why don’t you go exploring with Master Caine?”

“Are just fine. Go. Enjoy.” She winked and gave her a light shove and, in trying to right her footing, Jocelyn found herself encased in Master Caine’s arms.

Her skin felt hot in the places he touched her and she tried to shake off the sensation, wondering if she had lost her mind.

Erzabet Bishop has had a love affair with books since she first started reading. Just recently, she discovered that writing naughty stories was even more fun. She lives with her husband, menagerie of dogs and a mountain of books she is sure will crush her one day in her sleep.