She is an author, an educator, a wife, and a mom. “I want people to connect with my work as though it were classical literature, but on the kinky side,” Forster says.

She grew up in a small Southern U.S. town and has always had a passion for literature and writing. She resides in the suburbs of Atlanta, GA with her husband, one of her two children, and the family cat. 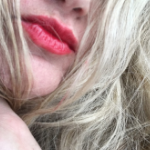 Ruan Willow is an erotica author, podcaster, and voiceover narrator. Her podcast is Oh F*ck Yeah with Ruan Willow on many podcast apps. On the podcast, she reads erotica, provides tips for improving sexuality, sexual health, and ideas to help improve sex lives within relationships and for solo play, including the reviews of sex toys, and she also conducts erotica author interviews. She has a website full of sexy stories at http://ruanwillowauthor.com where she publishes on a wide range of sexy topics. She is published on Literotica and is a proud co-author of the He Will Obey anthology, edited by Jay Willowbay that won the Silver Pigtails award for Erotica/Smut in 2021. She can be found on Twitter, Instagram, YouTube, MeWe, Tik Tok, and Pinterest. She loves sex, reading, cooking, pets, being outdoors, and spends a lot of time in her closet … because that’s where she records all her audio! Please chat with her on social media, she really loves to connect with people. 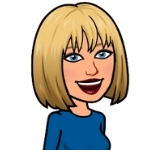 Kate has been writing about love for years. She was piling up a ton of book boyfriends. Then she added two book boyfriends instead of one. That’s when things really took off. If you like hot stories where three is the magic number, give her books a read.

James William Garrett is a writer who writes smut.  He has a small collection of short stories called “High Heeled Boots” coming out soon.

END_OF_DOCUMENT_TOKEN_TO_BE_REPLACED 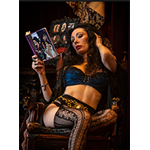 Wendy Anne is working on a provocative four-book series, Ascension. Sage, the first book in the series exquisitely blends romance, fantasy, the metaphysical and tantalizing erotica seducing readers with sensual and mysterious plots. Drawing from her personal inspiration, including her early love of music and dark romanticism has impacted her writing making it completely unique and engaging. Growing up in an old Victorian mansion in Worcester, Massachusetts, with a wide range of electric and cultural backgrounds, Wendy Anne’s path was set to be a writer at an early age, as was her unconventional writing style. Adopted by a philanthropist, her home was filled with incredible women with great minds, but she was no stranger to the reality of growing up in what was considered one of the worst neighborhoods in the city, and she witnessed her fair share of dark situations. At an early age, she sought refuge in writing and poetry, but the confines of a traditional education led her to conceal her more provocative writing. A spirited rebel, after her favorite collection of horror fiction and personal writing journals were confiscated at school, she wore a defiant chip on her shoulder like a badge of honor to ward off any authority figures that stood between her and her passions. The badge of honor grew to become one of her greatest assets as a tireless activist advocating hundreds of causes, along with her fiery writing that arouses the chakras, awakens the kundalini.