tales of the curious cookbook 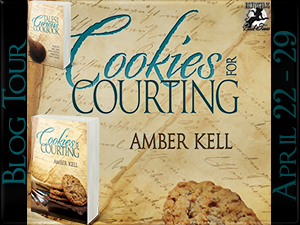 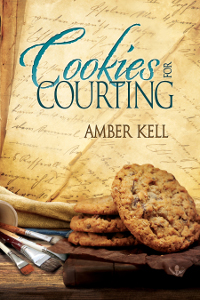 After his sister’s death, businessman Marshall Hunter gains custody of his niece. Unused to children, Marshall struggles to connect with her. In an effort to make her more comfortable in her new home, he hires professional muralist Pace Barlow to personalize her room.

Pace is intrigued by his tiny client, and even more interested in her handsome uncle, but Pace isn’t certain he’s ready for the commitment of an instant family.

When Marshall decides to move for the sake of his niece, will he be able to keep his relationship with his young artist, or will he have to give up love to become a good father for a lonely little girl?

The love baked into an old-fashioned recipe might bring the two men together–but some things take more than magical cookies to fix.

END_OF_DOCUMENT_TOKEN_TO_BE_REPLACED

Hello! I’m Marie Sexton, soccer mom, laundry avoider, and author of gay romance. I live in Colorado, so it’s probably no surprise that I often write about the Mile High state. However, my latest novella, Lost Along the Way, is mostly set in Laramie, Wyoming.

Now, as somebody who’s lived part of her life in Wyoming, and all forty-odd years of it in the American west, I’m often struck by how wrong the media gets it when they portray our part of the country. I suppose I shouldn’t be surprised. Even most American tend to forget there’s a pretty god damn big expanse of land in between California and the Mississippi. And you wouldn’t believe how often people say to me, “Mountain Standard Time? You mean Central, right?” (No, my friend. There’s an entire time zone between PST and CST.) So I suppose it’s to be expected that most of the country thinks we’re a bunch of swaggering cowboys. If you trust TV, everybody in Colorado wears a Stetson (fact: very few do), and everybody in Wyoming talks like a Texan (fact: only the Texas transplants do).

END_OF_DOCUMENT_TOKEN_TO_BE_REPLACED 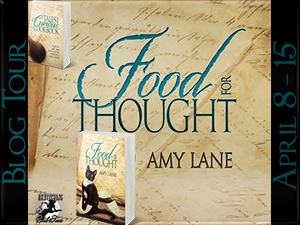 The problem with food—and the reason some of us eat too much of it (*raises hand *)—is that it’s impossible to quit.

I mean seriously—if you want to quit soda, you just never drink soda. If you want to quit heroin, well, it’s a lot more complicated than that, but in the course of an every day life, there really is no reason to take heroin or drink soda or buy a pack of cigarettes again, if that’s what you’ve decided to do.  Without addiction it is not part of everyday life.

Not so with food.