You are here: Home / Guest Blogs / The Thrill of the Forbidden by Megan Morgan (@morgan_romance)

I find my previous attitude about erotica silly—humans are preoccupied with sex, it leaks into everything from our entertainment to our advertising. It’s a natural, wonderful thing and of course we should write about it. At the time, I was afraid to explore that side of myself. I’m fortunate I can be open about what I write now, that the people in my life support it—but I still get nervous when a friend reads my smut!

The forbidden is thrilling, the sensual side of life hard to resist. That’s why we shouldn’t be ashamed of our urges. Erotica offers fantasy and substance, and I’m so glad I gave it a chance. 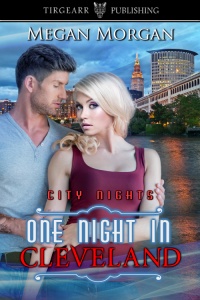 Caylee woke to the first light of dawn shining through the balcony doors. She was naked, wrapped in her sheets, and—on the floor.

She lifted her head. Matt was stretched out beside her.

He lay on his stomach, the bedspread gathered around his waist. The dull blue light outlined the bare curve of his back. His arms were wrapped around the pillow under his head, the winding tattoos down his arms unclear in the shadows, just lines of color curling around his biceps.

Her back ached from the floor, the ache between her legs and in her overworked thighs even sharper. She’d be limping for days. Not that she minded too much.

They’d taken a shower together, then returned to the bedroom and moved to the floor, so they could be as vigorous as they liked without rocking the bed and making noise. She didn’t want quiet, delicate sex all night, but she had to be respectful of her grandmother.

The condom box lay on the carpet nearby, wrappers strewn around it and Caylee giggled quietly.

She stroked her fingers down Matt’s back. The apartment was quiet. Her phone lay on the table next to the bed but she hadn’t gotten any calls during the night and was amazed at, but grateful for, the lack of interruption.

She cuddled up to Matt’s side. He had scratch marks on his shoulders; she could make them out up close. She giggled again.

Matt stirred and then rolled onto his side and draped an arm over her. She snuggled into his chest and breathed in his scent, a mixture of sweat and man and her shower gel. He’d told her he needed to go to the restaurant this morning for some emergency his boss was having, but he wasn’t going in until nine, since none of the staff even started showing up until then.

She dozed off and on for a while, the light outside gradually brightening.

Matt eventually stirred again and rubbed her bare shoulders above the sheet. “Maybe I should get out of here before your grandmother gets up,” he whispered. “Sneak out. It would be the polite thing to do. And you’d avoid questions.”

She tightened her grip on him. He was right, but she didn’t want to let him go.

He caressed down her side, under the sheet, over her hip. She pressed against him. She was tired, sore, fucked-out, and still, her body responded.

Chef Matt Fattore lives a clean and lawful life—so he doesn’t expect to meet the woman of his wet dreams by being arrested by her. When Lieutenant Caylee Benton of the Cleveland PD mistakes him for a wanted burglar, Matt finds out fantasies sometimes land right in your lap—and frisk you.

Sparks fly despite the misunderstanding and Matt decides to take a chance and ask her out—and maybe, coax her into bed. But Caylee is more than just a beautiful woman with a badge and a gun. While Matt is falling in lust with her, she’ll become his hero, too.

Matt is about to spend the wildest twenty-four hours of his life in Cleveland, and if he’s lucky, he’ll be in handcuffs by the end of the night. 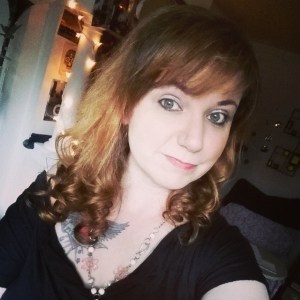 Megan Morgan is a multi-published award winning urban fantasy, paranormal romance, and erotica author from Cleveland, Ohio. Bartender by day and purveyor of things that go bump in the night, she’s trying to turn writing into her day job so she can be on the other side of the bar for a change. Hailing from the often-wintry shores of Lake Erie, she lives with an attention-seeking cat and her adult son, both of which shed too much.

Make sure to follow the whole tour—the more posts you visit throughout, the more chances you’ll get to enter the giveaway. The tour dates are here.