Much to my chagrin, hot English billionaire Neil Elwood isn’t real. Trust me, I’ve wished hard enough and it’s just not happening. But some of the toys featured in the series are! I can’t tell you about them without revealing some details about the series, but think of them not as spoilers, but teases.

The Screaming O lipstick vibe This thoughtful gift from Neil gives Sophie one of the naughtiest ideas of her life! Featured in The Boss, it’s also a part of the giveaway you can enter during this blog tour. I was looking for something quirky and fun that Neil could give Sophie as a present, and when I stumbled across this, I knew it was perfect. Sophie works at a fashion magazine, so the theme of the gift was a shoe in. The company makes a whole line of novelty sex toys designed to look like make-up. In The Boss, Neil buys Sophie the entire collection.

The Hitachi Magic Wand The Magic Wand is a classic, and for good reason. Some people use it to soothe their aching muscles. Other people use it for more personal fun. And other people, a billionaire Dom, for example, use it for orgasm torture on their very lucky submissives. Sophie and Neil play with a variety of wands in the series, but this specific model is the one that accompanies them on their trip to Paris in The Girlfriend.

One of the best parts of writing the Boss series (or the “Bossverse” as readers have called it) was all the fun research I got to do. From uncovering the complicated process of buying a Hermés bag, to learning how a major fashion magazine operates, I have to say that some of the most hilarious—and titillating—research was shopping for this kinky couple’s toys.

Writing. It’s such an unbearable job.

Excerpt from The Boss:

I couldn’t believe I was doing this. I couldn’t believe it was actually happening, after six years. After I had given up hope of ever having a sexual experience as satisfying as my night with Leif. Every muscle in my body tensed with anticipation. My breath caught in my chest as my fingers ventured down, under the black lace of my panties. I thought back to my white cotton underpants that night at the Crowne Plaza, and I giggled to myself. If anyone had told me back then that I’d be sex ambushing the man six years later, I wouldn’t have believed I would have the nerve.

I closed my eyes and stroked two fingers down my slit. My hips lifted. I’d been so eager for this moment, now it seemed like my skin was too sensitive to touch. I thought of what Neil would see when he walked in, and remembered the undisguised appreciation in his eyes while he’d watched our hands on my body.

My stomach fluttered with nervous butterflies. What if he was expecting the girl from six years ago, who’d only had sex with fumbling teenage boys? What if he got here and was turned off by my initiative? After all, he’d found my naiveté so endearing the last time we were together.

Oh shut up, I scolded myself. Would you really want to fuck a guy who only wanted you for your sexual inexperience? No, because that would be weird.

I’d made a salient point, I had to concede.

My fingertips circled my clit, and a shaky breath stuttered across my lips. My flesh felt hot and heavy under my hand, and I cupped myself, letting my fingers slip between the folds of my sex.

The door clicked open, and the weight of my desire became like an electric current. My lungs seized, my limbs quivered. I opened my eyes, a soft groan escaping me when I saw Neil there. He closed the door and dropped his messenger bag. His gaze met mine and held it as he walked toward me in his long black coat and leather gloves. I don’t know how I managed to maintain eye contact, but I did, and I had never felt so sexy in my entire life. Why had I ever doubted that this would please him?

His maddeningly neutral expression gave nothing away, but he couldn’t disguise the hunger in his eyes. Oh, he wanted me. He stood over me, looking down as I continued to move my hand beneath my panties.

“Take those off.” His voice was soft and deep, the tone firm. I was being commanded, not asked. A perverse thrill shot through me, and I shivered.

His eyes followed my hands as I slowly peeled the scrap of black lace down my thighs. He stepped closer and ran one gloved hand up my calf, raising goose bumps on my skin. I moaned at the cool touch of the leather, and he grasped my panties, jerking them down the rest of the way. I slipped my feet from them and watched him lift the lace to his nose.

“Oh god.” My exclamation tore out on a ragged breath, and I pressed my thighs together against the pounding ache in my cunt. I wanted him so badly I trembled, but I was afraid of what would happen when we actually touched. The longing, the desperate, clawing sexual need that had been missing from every encounter I’d had in the intervening six years crashed over me, turned my blood into liquid desire coursing to every throbbing cell in my body.

“Don’t stop,” he said, removing his gloves slowly, tugging one fingertip at a time. I spread my legs a little, and he ordered, “Wider.”

I heard my pulse in my ears as I parted my thighs further. Neil took off his coat and tossed it across the ottoman, on top of the gloves he’d already discarded. He moved to stand between my spread legs, looking down at me with his hands in his pockets. He was hard, his cock a visible ridge against his fly beneath his unbuttoned jacket.

I stroked myself, letting my fingers wander further, to dip inside before tracing upward again, coated in the evidence of my overwhelming desire. I smoothed the silky wetness over my clitoris, into the short, neatly trimmed strip of hair on my mound.

Wordlessly, Neil watched me rub my clit in slow circles. Being like this for him, my legs open, my pussy exposed and gleaming wet while he stood there fully dressed, turned the naughty factor up to eleven and then some. Just thinking about what I was doing spiked my arousal higher. I had done things with him that I’d never done with anyone else, and that knowledge made me feel oddly safe.

My thighs tensed, and I planted my black pumps firmly against the rug. My orgasm wound tight inside me, ready to spring and uncoil me from the inside out. A yelped, “Ah!” of frustration escaped me, and I lifted my hips from the sofa. I was going to come, I was so close, I was going to come while he watched me, without him ever touching me, and I was so goddamn close— 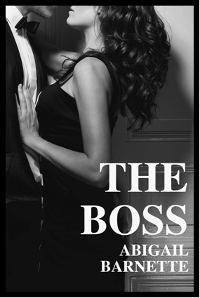 Sophie Scaife almost ran away once, trading her ticket to college for a ticket to Tokyo. But a delayed flight and a hot one-night stand with a stranger changed her mind, putting her firmly on track to a coveted position at a New York fashion magazine.

When the irresistible stranger from that one incredible night turns out to be her new boss – billionaire and publishing magnate Neil Elwood – Sophie can’t resist the chance to rekindle the spark between them… and the opportunity to explore her submissive side with the most Dominant man she’s ever known. 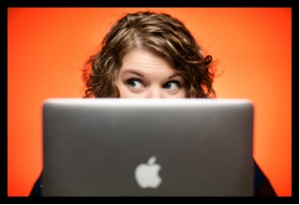