Betrayed by a lover, Jamie rents an isolated cabin on Lake Huron, wanting only to be left alone. Instead, he is pulled from his solitary existence as an artist and tumbles headlong into the legend of Saint Nicolas.

As a young man, Nicolas accidentally killed a man intent on murdering three children, only to have the man’s malicious spirit rise up against him. Fleeing through the centuries from the Krampus, the evil troll-like creature that dogs his steps, Nico finds refuge with the young artist who takes him into his home and bed. But Jamie has questions. Who is Nicolas, and why does the Krampus want to destroy him?

When the Krampus begins to torment and torture anyone Nico comes in contact with to punish him, Jamie’s life is put in danger. And Jamie isn’t sure whether he can help Nico defeat his nemesis or if he’s merely a pawn in the Krampus’s game. 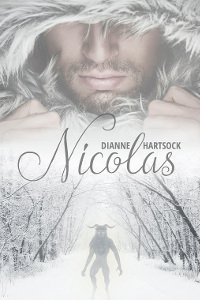 Jamie watched him skip from the room, then grabbed a clean sponge and began to wipe the drips of paint from the tabletop and floor. It only took a few moments to have the kitchen back in order, cups and brushes soaking in the sink. Andy still hadn’t returned, and he walked over and glanced down the hallway. It was quiet from the den, and he shrugged. Maybe John was busy.

He looked across the living room. From this angle he could only see Nico’s curly head on the end of the couch, but his heart sped up like it always did around him. Going to him, he took a second to add another log on the dwindling fire, then sat on the edge of the couch beside his lover.

“Nico?” he murmured, wanting to see his lids flutter open, a warm light enter his eyes as he gave him a sleepy smile. He frowned. Nico didn’t move. In fact, his body seemed almost rigid, and though his face was passive, a bead of sweat slipped across his forehead, into his hair. Adrenalin shot through Jamie, and he gripped Nico’s shoulder, shaking him urgently. “Nico! Wake up.”

No response. Heart racing, Jamie dropped to his knees beside the couch and cupped Nico’s face with shaking hands. “Darling, answer me. You’re scaring me.”

Nothing. Nico remained still, though his breath hitched and became ragged. Jamie shook him by the shoulders, growing frantic when Nico continued to sleep. Something was definitely wrong. Why didn’t he wake up?

A faint cry came from down the hall, and Jamie jerked his head up. Oh God, was Piter here? He couldn’t face him alone! He shook Nico a few more times, then rose to his feet when Andy shouted his name. He raced across the room, only to stop dead at the entrance to the hallway. The dark corridor seemed to stretch before his eyes, the door to the den becoming lost in a gray mist as the hall grew miles long.

Andy’s cry came again, and Jamie shoved away his fear and stepped into the hallway. Immediately, he was sucked into a vortex, feeling the walls contort around him as he rushed headlong toward the end of the passage. He braced, wondering if his body would break when he slammed into the solid wood. His stomach heaved as he came to a sudden stop, his pulse pounding in his ears. Head reeling, he reached blindly for the knob and flung the door open.

Jamie blinked. John’s desk was littered with papers, computer still on, but the den was empty of occupants. He stepped inside, and jumped when the door slammed shut behind him with enough force to shake the pictures on the walls. The sound echoed like a shot and Jamie covered his ears, hissing with pain.

“Enough!” he shouted. This was unreal. A nightmare! “I want to wake up,” he said with force, hoping to dispel the dream. The painful echo subsided, and he heard the sound of a child crying. A mournful, heartbroken mewling. 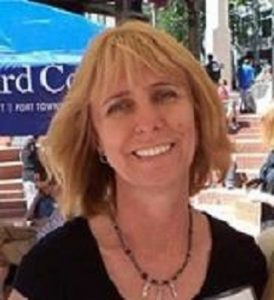 Dianne grew up in one of the older homes in the middle of Los Angeles, a place of hardwood floors and secret closets and back staircases. A house where ghosts lurk in the basement and the faces in the paintings watch you walk up the front stairs. Rooms where you keep the closet doors closed tight at night. It’s where her love of the mysterious and wonderful came from. Dianne is the author of paranormal/suspense, fantasy adventure, m/m romance, and anything else that comes to mind.

She now lives in the beautiful Willamette Valley of Oregon with her incredibly patient husband, who puts up with the endless hours she spends hunched over the keyboard letting her characters play. Dianne says Oregon’s raindrops are the perfect setting in which to write. There’s something about being cooped up in the house with a fire crackling on the hearth and a cup of hot coffee in her hands, which kindles her imagination.

Currently, Dianne works as a floral designer in a locally-owned gift shop. Which is the perfect job for her. When not writing, she can express herself through the rich colors and textures of flowers and foliage.