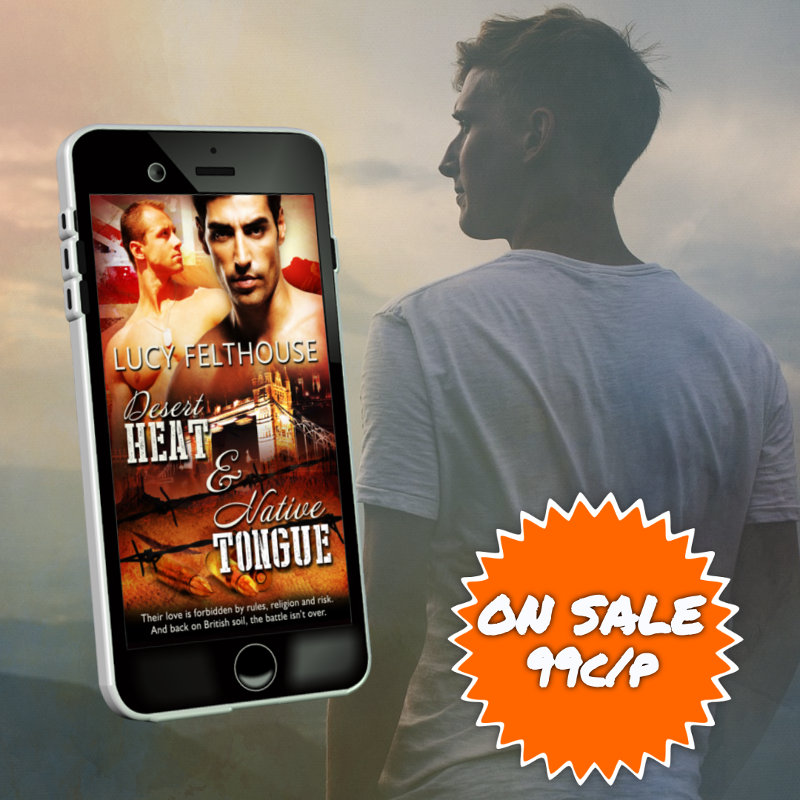 END_OF_DOCUMENT_TOKEN_TO_BE_REPLACED

Battle weary and fearless Centurion Drusus Tuscus has only three more years in the Roman Legions and then he can return home to the mother and young brother he was forced to leave behind seventeen summers ago. Drusus has suffered much during his years in the Legions: defeats, fallen comrades and excruciating wounds, but this time the stakes are so much higher. As he prepares to lead his warriors from the safety of their winter base, across the Rhine into the wilds of Germania, he awaits the arrival of new recruits to bolster his century. With these men he will face the ferocious barbarian tribes, many still chafing under the yoke of Roman subjugation.

END_OF_DOCUMENT_TOKEN_TO_BE_REPLACED 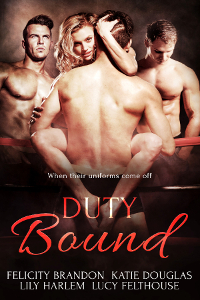 END_OF_DOCUMENT_TOKEN_TO_BE_REPLACED

The camping trip from hell may be the first stop on the road to happily-ever-after in Rough Terrain, the final book in Annabeth Albert’s critically acclaimed, fan-favorite Out of Uniform series.

Navy SEAL Renzo Bianchi has a soft spot for Canaan Finley, and not only because the man makes a mean smoothie. He’s the first guy to get Renzo’s motor revving in a long time. But when he agrees to Canaan’s insane charade—one all-access fake boyfriend, coming right up—he never expects more than a fling.

END_OF_DOCUMENT_TOKEN_TO_BE_REPLACED 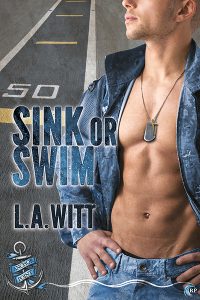 About Sink or Swim

Alhazar Bukhari spent his Navy career in the closet. Now he’s retired, divorced, and hungry for the love he’s never had a chance to experience. He tries to put his faith in Allah to bring the right man into his life, but it’s hard to be patient after all this time.

Chaplain Dylan Pedersen spends his days counseling Sailors, and his nights with men he doesn’t know. Months after finally escaping an abusive relationship, he’s terrified of anything more than a physical connection. Maybe it’s a sin, but he’s too lonely to not let men into his bed, and too scared to let them into his heart.

When Alhazar’s civilian job brings him aboard the USS Fort Stevens, and his daily prayers bring him into Dylan’s chapel, the chemistry is instantaneous.  Sex and friendship quickly evolve into more, but Dylan’s too haunted by his recent past to be the man Alhazar wants. Alhazar needs love, Dylan needs time, and if they can’t find some sort of balance, they’ll sink before they ever have a chance to swim.

END_OF_DOCUMENT_TOKEN_TO_BE_REPLACED

Casey Olson has always known he was destined to be a Navy SEAL, and the best day of his life was when he was accepted into training. The worst day was when a snapping bone ended his dream.

After three combat tours in five years, Logan Carter left the Marines and self-destructed. Now he’s sober and, thanks to a forgiving ex with friends in high places, has a promising job as a civilian contractor. All he has to do is stay on the rails and out of a bottle, even when his demons won’t leave him alone.