You are here: Home / Interviews / An Interview with Zoe Allison (@zoeallisonauth1 @goddessfish) #giveaway

I started writing romance as a form of escapism from the pressures of my day job and I think I was attracted to that particular genre due to the happy endings that it tends to bring. I found reading and writing this variety of story was a soothing antidote to the pressures of career stress. In terms of the erotic element, I didn’t really consider myself an erotica writer during this process. My stories are romances and I found myself preferring to portray the love scenes on the page rather than using a fade to black approach. I think this is because I felt doing this enhanced the connection between the reader and the characters and heightened empathy for the characters’ emotions.

Impervious is my debut publication and so currently my favourite! I wrote another book before this one that remains unpublished and I have a couple of partially finished books.

One of my favourite romance writers is Sarah Morgan. She is an author who inspired me to pen romance in the first place. I enjoy the characters she creates including the distinctive strong female characters. I like her feel good optimistic style and I also like her portrayal of the intimate scenes. She creates emotive, sensual moments without being too graphic.

I find it hard to pin down exactly where my inspiration comes from. I think that’s because I get tiny seeds from many different places. Often there are concepts that I see on TV, in films, and in books, which cause me to imagine things playing out differently. This can then turn into an idea that grows into a story, which bears no resemblance at all to the one that germinated the idea in the first place.

I don’t think I have any particular rituals. I basically try to fit in a bit of writing here and there in-between by job and my family life. Often I will write on my day off during the week, while the kids are at school.

Previously I mostly wrote in our garden room, but I have now moved into the study because I find there are fewer distractions in there! It was a bit of a dumping ground before but now I’ve got place cleared for my laptop and notebooks. If I’m trying to do a bit of extra writing when my family are home then I will write in the living room or family room, so I can keep an eye on what everyone is up to.

Currently I think it’s Amber from Impervious. She is physically powerful, strong willed and also has unique abilities. I remember when I was a child I liked to imagine I was a superhero and that I was able to save people, strangers and friends alike, from perilous situations and so I think I got to live out those flights of fancy through Amber.

I didn’t tell anyone except for my husband and one close friend (who is an avid reader of romance) that I was even writing, let alone writing romance. I think it was because of imposter syndrome. I didn’t want to tell anyone because then there could be some pressure not only for my books to be good, but also for me to become published, which I knew was extremely hard to achieve. I also thought that it would be embarrassing to admit that I wrote romance, because the people I know don’t see me as a romantic, I’m fairly cynical in real life. I didn’t tell anyone else until I got the publishing contract for Impervious. Everyone was surprised, because they didn’t know I was a writer.

I was always interested in science, especially chemistry and biology. I wanted to be a scientist when I was younger, then a veterinary surgeon, and then a doctor, which is what I went on to become.

I need to have a chunk of time to myself with no one else to distract me, and that’s hard to come by! I try to do some writing on my day off when my children are at school, and I shut myself in the study so that my attention isn’t diverted.

The best tip I’ve been given is to read what I’ve written out loud. That was a tip from my editor, she told me that it would make me spot more mistakes and repetition and she was absolutely correct.

I have to force myself to sit down and type what ever comes into my head. After a little while I start to feel the words flowing again and then the block deconstructs.

Probably Valentino. He is extremely wise and also has very high moral standards. I think he would be an interesting, reliable, and useful person to have around in real life.

Christopher Brookmyre. He is one of my favourite authors and I enjoy his satire. I think we share a similar sense of humour, so meeting him in real life would be cool.

Currently I’m trying to write the sequel to Impervious. However it’s pretty challenging at the moment because time is a bit scarce, my day job is very pressured at the moment so that’s having an impact on writing time. I’ll keep plugging away at it though!

I think my biggest challenge was getting my first book finished. I wasn’t sure whether I would have it in me to complete a whole book but I did it. I haven’t published that one yet but I’m hoping that I will have time soon to go back to it and polish it up in order to attempt to find a publisher.

Getting a publishing contract for Impervious. I never thought I would have a book published, and so I couldn’t believe it when I was accepted. I went into shock and couldn’t speak for a few minutes when I first found out!

Amber mirrored Vale’s posture. “Why is he here then? Why come back now?”

Just then, Hayden appeared from the doorway. “You could just ask me directly, you know.”

Amber turned to Hayden. He was dressed in tight-fitting black jeans and a black T-shirt. His muscular physique was very apparent, both from the look of his arms and also the ripples under his clothing. Amber could appreciate that he was extremely handsome, but there was a hardness to him that there wasn’t with Vale, along with an iciness to his blue eyes. Hayden had focused on Amber as he spoke, then he broke eye contact to move over to the coffee pot and pour himself a cup.

Amber still couldn’t muster any sympathy for him, and his aloof behavior did nothing to help. “Fine,” she said, watching him as he prepared his drink. “Why are you back with The Organization? What’s in it for you?”

Vale interjected, a warning tone in his voice. “Amber.”

Amber ignored him. “I want to know.”

Hayden brought his coffee over, not looking at either of them, and he took a seat at the other side of the table. He took a drink before finally lifting his gaze to meet hers. “I was promised something by Mr. X.”

“What?” Amber was quick to ask before Vale could stop her.

Hayden met Vale’s eyes. “I was promised a certain target.”

Amber scrutinized them both. A knowing look passed between the two men. Vale had realized who Hayden meant. Amber suspected she could also guess. 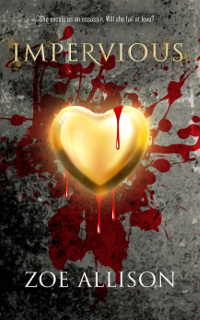 Vampires are real, existing alongside regular humans as a secret subspecies. The malevolent of their kind exploit their powers and immortality at the expense of their human counterparts. The Organization, a league of benevolent vampires headed up by the anonymous Mr. X, works covertly to keep this threat in check. Amber Ridley is the company’s top agent, unique to the team as the only human working alongside her vampire allies. She is an ‘Impervious’, a rare human with powers that can be used against the malevolent.

When Amber’s latest mission takes her back to the UK to work with her close companion Valentino, she meets his old colleague Hayden Knight. Hayden is infamous to Amber as the man who betrayed their organization and abandoned her friend Valentino in the past. She dislikes Hayden instantly, and his arrogant, cold demeanour does nothing to aid this.

Amber and Hayden are forced to work together on The Organization’s most important mission to date, and they must put aside their differences to take down the menace that threatens the very existence of their group. Amber must put her trust in Hayden, but is she impervious to love? 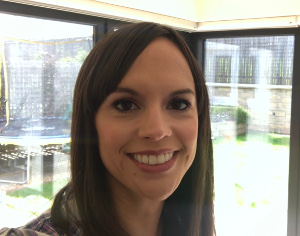 Zoe lives in Edinburgh, Scotland with her husband and two children. A medic by day, she started writing in her spare time as a means to counter burn out and found that this was a balm for the soul.

She is a fan of the romantic genre and its ‘happy ever after’ ethos. A sharp contrast to what she can, at times, see in her day job. Zoe is keen for the female lead in romantic fiction to disabuse stereotypes and walk on an equal footing with her male counterparts. She prefers male leads who do not display signs of toxic masculinity and believes that positive masculinity is much more attractive to women and healthier for men.