The Hunt. As the new Game Warden, Xrez Ym’ihla brings patrons from across the galaxy to track prey in a game built to enslave the weak and mate the strong. The business is a long running family legacy and Xrez is determined to succeed as his father had before him. He hadn’t meant to let one human occupy his thoughts, mind, and body.

His lies may come back to haunt him, but if he reveals the truth, he’ll ruin his chance to capture the heart of the one he wants.

The Prey. Esme Valdez had her entire life planned from an early age. As a chemist, her life was average and mundane, just the way she liked it. Until the impossible happened. Never did she imagine being abducted by aliens and forced to participate in a survival of the fittest game called The Hunt. If she survives and makes it to the end, she’ll be freed. If not, she’ll be forced to mate the one who captures her.

Esme is determined to win at all costs, even if it means putting her trust in a sexy alien who taunts her in the most delectable way.

Their love was built on betrayal. Can she trust him with her heart and life? 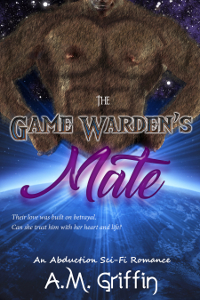 “You’re in The Hunt. There are three ways to leave the arena. You can get yourself killed, captured by a hunter or win.” He briefly glanced their way. “From what I’ve observed so far you’ll be captured and processed before the day is over.”

“Hunt?” the male asked. His eyes were opened wide. Panic and fear splashed across his face.

The female gasped and clutched the male tighter, pressing her body against his back. “Arena?”

“My advice? Summon an escape pod. Two hunters followed me and should be closing in on our position. If you leave now, you’ll have a chance to put distance between you and them. They are pack hunters and skilled at what they do. Leaving here on foot is no longer an option as they’ll pick up your scent and corral you into a trap.”

The male scrunched his face, and his lips thinned. “You sound bonkers, man. If you aren’t going to help, get out of here.” Spittle dropped from his lips. “What’s with the bad costume anyway? Are you some messed up cosplayer?”

Xrez didn’t have the energy to indulge these two any longer. No matter what he said, it wouldn’t register in their tiny brains. He’d given them sound advice, and they hadn’t made a move to save themselves.

He took one last glance at the pair of weaklings. If a hunter didn’t capture them soon, their stupidity would get them killed. Yes, it was best that they were taken right away so he could focus on helping the other humans to Level Two.

“I’m so scared of that thing, Spencer,” the woman cried. “It’s so ugly. It looks like a monster.”

“Don’t worry, Mary Ann. This is just a crazy scheme to frighten us. I hate weirdos like him,” the male said in hushed tones. “Ignore him. Maybe if we do, he’ll go away and leave us alone.”

Is that how humans viewed him? The females of his species found him attractive, virile and strong.

Xrez shrugged. The female didn’t know what a good mate was considering what she’d been used to on Earth. Xrez left the opposite way he’d come, following the scent of one female in particular. He hadn’t gotten two clicks away before he’d heard the screams. It seemed the Cyrox’s efforts had paid off. They’d just acquired a male and female without having to do very much work at all. 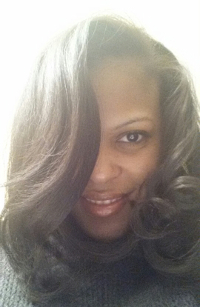 A. M. Griffin is a wife who rarely cooks, mother of three, dog owner (and sometimes dog owned), a daughter, sister, aunt and friend. She’s a hard worker whose two favorite outlets are reading and writing. She enjoys reading everything from mystery novels to historical romances and of course fantasy romance. She is a believer in the unbelievable, open to all possibilities from mermaids in our oceans and seas, angels in the skies and intelligent life forms in distant galaxies.

Where you can find me: