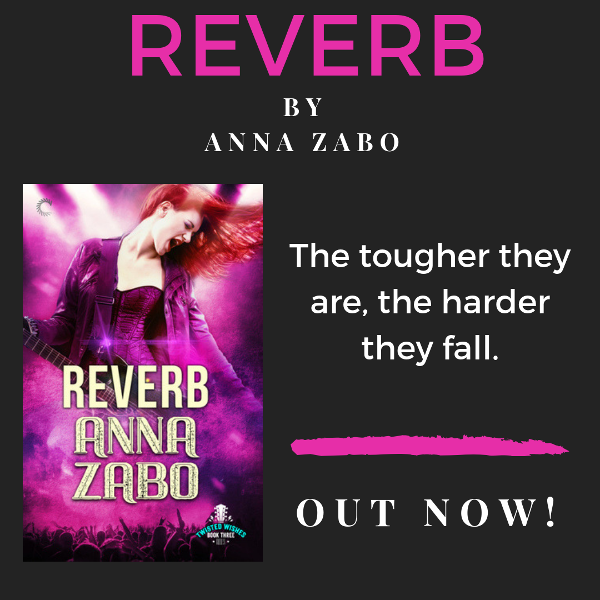 Mish sat at the bar, toying with the edge of her glass, a frown pulling down her glossy red lips. Her shoulders were hunched forward, tension evident. Yup, there were people, both coyly and obviously, watching her. Taking photographs. The bartender came over and said something, and Mish shook her head.

She’d figured out the issue. Probably pretty fast once she’d taken stock of the place. God, it was hard to watch her sitting there, tense and angry. At the world. Maybe at herself, too.

Seemed like no one had the balls to sit next to her. Good…and bad. Because he was about to blow his cover and probably get reamed for it.

But hey, he had balls to go with his dick. Couple sets of them, actually.

David slid through the crowd and plopped himself down on the stool to the right of Mish. “Hey, princess, come here often?”

Mish started, then turned, her expression full of exasperation but also a hint of gratitude. “I’m gonna fucking kill you, David.”

“Figured you might want to.” He eyed her glass of beer. “Should I order one, too?”

She grunted, then nodded. “I hate drinking alone, even when I want to drink alone. And I miscalculated this place.” She glanced around. “Should have gone over a couple more blocks.”

“Yeah, this ain’t the kinda bar to be in if you wanted a nice quiet beer and to disappear into the scenery for a while.

“I know.” He flagged the bartender and ordered a lager off their draft menu. They had a decent list, too. All in all, if it weren’t for the tourists, it would have been a fine place to linger.

She took a pull on her own beer, leaving behind a little lipstick on the glass. “So tell me, why the fuck are you following me?”

Shit, she was pissed. Rightfully so. He toyed with his own beer. “You’re probably not going to believe me, but I was making sure you weren’t being followed.”

Her laugh was sharp and bitter, and David flinched. “Great, so the guy protecting me is stalking me, too.” Mish closed her eyes and drank more of her beer.

A sympathetic-looking bartender eyed them both. “You two okay?”

Mish waved him away. “Yeah, he’s a friend. Just a fucking annoying one at the moment.”

Friend. Okay, that was good. “I know, and I knew it would piss you off. The problem with trailing trails is that I have to trail you, too.”

She contemplated that as David drank, then took another slow pull of her own. “So,” she said once she’d set the glass back down, “was I being followed?” A hitch in her voice.

Fear. He hated hearing that. “As far as I could tell—no. Other than DSLR Dude.”

She relaxed her shoulders. “Eh, he drops off quickly when he realizes I’m not taking the train—at least now he does.”

Her smile was bloodthirsty. “Couple of times early on, I decided to walk around for hours. Even went across the Brooklyn Bridge, and then back. I think the fifteen-mile days nearly wiped him out, so he lets me go when I walk more than a mile, basically. Especially if I’m alone.” She rolled her neck out. “I mean, how many photos of my backside do you think the public needs?”

David mocked being in thought, then shrugged. “It is a very nice ass, Mish.”

She laughed and punched him in the arm. “You’re a fucking jerk, you know?” All cheer in her voice.

Her smile settled into something more private. “Yeah, I do. You’re fun. And—thanks. For coming in and facing my wrath.”

The way her gaze flicked from his eyes down caught David so off guard. So did the deepening of her smile. “I—well, I know you can take care of yourself. But it helps to have a friend sometimes?”

“Is that what you are, David?”

Oh fuck. There shouldn’t be sparks or chemistry, and he certainly shouldn’t be getting hard for Mish. Again. “I could be.” 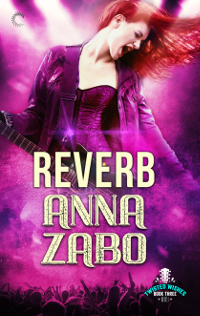 Twisted Wishes bass player Mish Sullivan is a rock goddess—gorgeous, sexy and comfortable in the spotlight. With fame comes unwanted attention, though: a stalker is desperate to get close. Mish can fend for herself, just as she always has. But after an attack lands her in the hospital, the band reacts, sticking her with a bodyguard she doesn’t need or want.

David Altet has an instant connection with Mish. A certified badass, this ex-army martial arts expert can take down a man twice his size. But nothing—not living as a trans man, not his intensive military training—prepared him for the challenge of Mish. Sex with her is a distraction neither of them can afford, yet the hot, kink-filled nights keep coming.

When Mish’s stalker ups his game, David must make a choice—lover or bodyguard. He’d rather have Mish alive than in his bed. But Mish wants David, and no one, especially not a stalker, will force her to give him up.

Anna grew up in the wilds of suburban Philadelphia before returning to their ancestral homelands in Western Pennsylvania. They can be easily plied with coffee.

Win any back-catalog e-book by Anna Zabo + a $10 Amazon gift card. Open internationally. Must be 18 to enter and win.