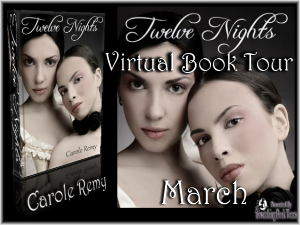 Thank you, Lucy, for inviting me to be a guest on your beautiful blog! I thought I’d read an article or two before writing this post, and ended up spending the evening. The blog itself prompted me to ask this question.

Let’s face it, people like sex. They like doing it, they like imagining it, they like reading about it. If you want to sell books, put in lots of sex. It’s a formula that goes back to Shakespeare, Henry Fielding, even the Bible.

What pulls all these novels into an oeuvre is an impulse more basic and even more compelling than variety or sales. Erotica lets me explore humanity at its most primal. Sexual intercourse lays bare our inner desires, secrets, and fears. In moments of intimacy, we are at our most vulnerable, our most open, our most receptive, our most giving.

Body parts combine in only so many ways. Dare I say that if you’ve seen one penis, you’ve more or less seen them all? (Sorry, that was a really bad pun…) What makes erotica continually interesting is the emotional component, the infinitely varying human response to touch, to odor, to taste, to sensation. To watch a person grow and change through sexual awakening, wow. No wonder we want to experience this emergence over and over, in novel after novel.

In Twelve Nights, Aggie is a librarian who thinks she’s contented in her quiet, not very satisfying, but stable Cincinatti world. In breezes her identical twin sister Angela, a New York call girl determined to escape the business, and the whirlwind begins. Two women, physically identical but emotional opposites. Two men, one powerful and lonely, the other deeply troubled by his past. In just twelve unforgettable, often uncomfortable nights, all four find themselves transformed into their best selves. And we get to watch!

Angela nodded as the lawyer handed her a glass.

“I hope Scotch is okay. It’s all I have in my office.”

“Scotch is fine.” In fact, it was Angela’s drink of choice. She took a sip. The blend was a smooth whisper with a bite in the tail. Glenfiddich?

Richard motioned her to a chair then sat opposite, not behind a desk but just across, knees almost touching. The proximity without contact ignited the scotch in Angela’s belly. He was an amazingly handsome man.

“Not tonight. How have you and Jimmy gotten into such a mess?” he asked. The change of subject was smooth, his voice no more than mildly curious.

Angela shrugged and took another sip of scotch. At the moment, Jimmy was far from her thoughts.

Angela frowned. Jimmy was crazy about Aggie, not her.

“Nothing.” Angela swallowed the rest of the drink. She put down the glass and walked to the window. “Can we go outside?”

“Another scotch will keep me warm.”

Richard took the hint and poured her another drink. He brought the glass and her coat. She shrugged into the jacket then took the scotch. He opened the glass door and led her outside. The view to the mountains was stunning. The office was on the opposite side of the building from the seashore and looked out over the tops of other buildings past a vast expanse of dark forest toward a lighted slope.

“Skiing?” Angela asked. She walked to the railing and Richard followed.

“It looks like the Rainier R,” Angela commented. The lighted slope was shaped almost exactly like the beer symbol.

“I’ve always thought they should use it in an advertisement,” Richard agreed.

“Do you like me?” Angela turned to face him.

Angela nodded. Their faces were almost touching as they instinctively huddled for warmth in the chill breeze.

“Yes.” The word was almost a caress.

“Even though I’m cold?” Angela reminded him of his earlier comment. Her body edged closer to his.

“You weren’t cold the other night when you blew up,” Richard reminded her. “I’m not very hot-blooded myself. Jimmy is though.”

“You and I; Jimmy and Aggie,” Angela whispered under her breath.

“Nothing,” she smiled. “It’s beautiful out here.”

Angela looked up into Richard’s eyes. She saw a confused attraction. He wanted her. He knew she wanted him. And he was thinking about Jimmy.

“Yes,” he agreed heartily. “You should.”

They went back inside and Angela put her untouched drink on a side table. Richard called for a taxi.

“Thank you.” She held out her hand. Richard took it between both his and held on.

“For the drink and the view,” Angela smiled. “For being nice.”

Richard released her hand and walked in front of her to the elevator. They descended silently.

Angela touched his lips with one finger.

“Shh,” she whispered and kissed him on the cheek. 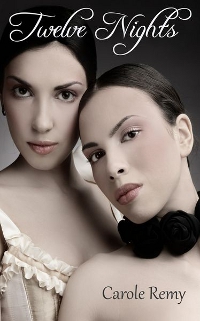 Stir in a brilliant autistic younger brother, a nerdish doesn’t-know-he’s-ex-boyfriend, a well-meaning but alcoholic father, and a prostitute with the proverbial heart of gold. Then bring to a boil over a sizzling Twelve Nights!

This rollicking, bawdy coast to coast serving of sex and mayhem will make you laugh out loud even as you moan with delight. Author Carole Remy tickles, fascinates, and arouses in another inventive tale for those who love a hot story filled with unforgettable characters and lots of Sexy Fun!

Carole Remy lives in Mexico with her beloved dog Gemma. When she isn’t writing and touring her novels, you can find her rescuing dogs, learning wood sculpture, and salsa dancing!