I’ve always loved New Year’s. At our house, we invite our gaming group over, play a bunch of board games, get drunk, make inappropriate jokes, and then toast the ball dropping with more inappropriate jokes about the ball dropping. Then we go to bed way too late and go out to breakfast the next morning while the rest of our town is still hungover. It’s developed into a nice tradition.

I even like resolutions. Okay, I don’t really care about all the ones that come across my Facebook feed. (No one cares about your cumulative calories burned in 2014. Step away from the Fit Bit and come up for air.) Also, I give a resolute middle finger to the fat-shaming weight loss commercials that will saturate my TV programming for the next month. But counting the new year as a way to make a fresh start, to set some goals and make plans for achieving them? Yeah, I love that! That’s great stuff. I’m a big fan of goals.

I decided last year that I was going to make 2014 The Year I Did Things, rather than the year I passed on stuff that was just a little outside my comfort zone. I started the year with a Polar Bear Plunge with some friends at a local river. I’d never done anything like that before, but it was on my Bucket List, so I said “This is the year!” I felt a bit differently while watching my friends cut through the ice, but I jumped in that frozen river anyway. 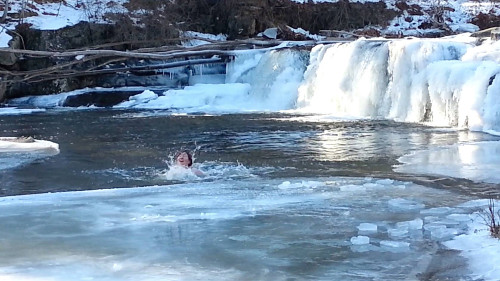 That was only the first adventure. I also decided to go back to grad school for my Master’s degree, which was way outside my comfort zone. I bought clipless pedals/shoes for my bike, which I’d put off for a long time because I knew it would involve falling off my bike while still attached to it. (Yes, that’s happened. Twice.) I finally got my nose pierced after years of wanting to do so. I finally took the log home builder’s class, which I’d wanted to take for almost ten years. I also set an 18 month goal of having 3 books published within an 18 month period, which I’ll achieve this spring: Purely Professional is already available, and after Playing Knotty comes out this March, I’ll have Combustion releasing in May. I enjoyed countless other small adventures, all built from a decision to spend a year stretching my comfort zone.

This year, I’m going to try the same attitude. To start off, I’ll be doing another polar bear plunge (this time for charity) at the end of January. This summer, I’ll be getting my next tattoo to celebrate the publication of my third book. Aside from that, the year’s a blank canvas, and I invite you to join me. Make this the year you say yes to adventure! Do that thing you’ve always wanted to try, and please, stop by my blog and let me know how it goes.

“What about your fantasies?”

“What? What is it?” Catching her hesitation, Max looked up from the Scrabble board.

“It’s just…” She paused and took a swig of beer. “I’ve had a lot of crushes on men in positions of power. My volleyball coach back in high school, my internship coordinator in college, a few professors…” Realizing he was grinning, she blushed, remembering he was a professor. “Right. Anyway, I never acted on any of them.”

“And yet you complain that you date weak men.” He swirled the beer around in his bottle and held it up to the light, his gaze thoughtful and distant.

“Well, I don’t want some guy to boss me around.” To hide the discomfort she suddenly felt, Bridget looked down at the board. She played reach off the H in hinder and fumbled as she chose four new tiles.

“I think we both know that’s a lie.“ Max said smoothly, and he drank his beer. “I’ll bet you’re just afraid of what kind of woman you would be if you gave in to those urges.” He rubbed a tile between a thumb and forefinger, then set it back on his shelf. “I’ve been doing this a long time, Bridget. You responded today like a natural submissive. You liked more than just the sex. You liked all of it.”

She set down her beer and looked at him. “All right.” She tried not to sound defensive. “So what does that mean?”

“It doesn’t have to mean anything.” Max shrugged. “Maybe this afternoon, I just want to play some Scrabble with you and order a pizza. But when we’re done with all this experimenting, you’re going to have a lot to write about.” 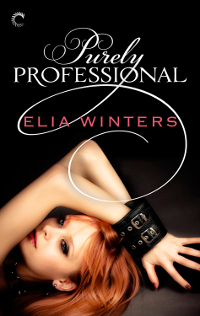 English professor Max Harlow is active in the Dom/sub scene, but only for casual play—he’s never found his ideal partner: a woman who is his equal, but sexually submissive. When he’s asked to explain the lifestyle to his cute but obviously inexperienced neighbor, Max is certain it’s best to approach it academically—to keep things purely professional.

Until Bridget’s first article is a huge hit, giving her the perfect excuse to delve deeper into the naturally submissive side of her sexuality. But as their encounters intensify and each of her boundaries is skillfully pushed, Bridget must decide what this all means… for her identity, her career, and, most importantly, her future with Max. 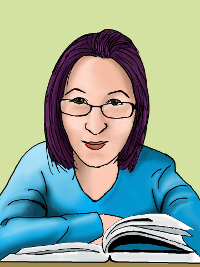 Elia Winters has always been a New England girl, despite having spent much of her childhood in Florida. She holds a degree in English Literature and teaches at a small rural high school where she runs too many extracurricular activities. She balances her love of the outdoors with a  bottomless well of geekiness.

Elia’s virtual life is as busy as her real life. In addition to her website, http://eliawinters.com/, you can also find her on:

Make sure to follow the tour and comment; the more you comment, the better your chances of winning. The tour dates can be found here: http://goddessfishpromotions.blogspot.com/2014/10/nbtm-tour-purely-professional-by-elia.html