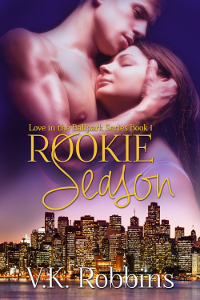 Steve, Joe, Dave and I were waiting in the living room. I called up to Sam several times. He didn’t answer.

I ran up the stairs and knocked on his door. “Sam?”

I turned the doorknob and pushed the door open slowly.

I walked through his room toward his bathroom. When I came around the other side of his bed, I saw him. He was laying on the floor unconscious.

In less than two seconds, Steve was in the room. He must have taken the stairs three at a time. He pushed me out of the way and knelt next to Sam, checking his pulse, listening for breathing.

“He’s alive! Let’s not wait for an ambulance. We can get him there faster.”

“No,” said. “The hospital is close. The ambulance is probably already here.”

I was right. Within a couple of minutes, the paramedics were lifting Sam onto a gurney. Dave and Morrison held the photographers back so the paramedics could get Sam to the ambulance.

Steve took my arm. “Come on, I’ll take you to the hospital.” Then he looked at Joe. “Do you have that paperwork?” Joe nodded. I had no idea what paperwork they were talking about, but I didn’t care. I just wanted to get in the car and get to the hospital as fast as possible. Joe and Steve got me into the car. Dave was going to watch the house and Morrison would be following to the hospital in another car to help with security there, if needed.

All I could think about was Sam.

In the car, I asked Steve, “How long was it since anybody saw him? How long could he have been lying there?”

“I saw him several hours ago, right after lunch. He said he was tired. He was going upstairs to rest.”

“So he could have been there for hours? Oh my god.” I put my head in my hands.

“There’s something I need to tell you.”

Talented young ballplayer Clay Love has just been called up from the minors to play major league baseball. Freelance writer and divorcée Rose Lasting, the world’s biggest baseball fan, wasn’t expecting to fall in love when she fell into Clay’s arms, but fall in love she did. Now they are caught up in a whirlwind romance complicated by the paparazzi, Clay’s ex-girlfriend, Rose’s ex-husband, and a stalker who puts Rose’s life in grave danger. Saving her life and catching her attacker takes you on a roller coaster of emotion and intrigue that you won’t soon forget. 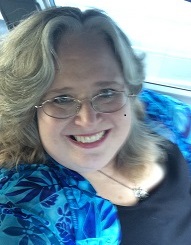 Veronica Robbins is a published author of both fiction and nonfiction who has been writing professionally for the last 20 years. In addition to writing fiction and poetry (her first love), she is also an expert grant writer and copy writer.  When she’s not writing, she’s watching baseball, enjoying her children, reading, and trying to train her dog, Handsome, who so far has been very successful at training her. You can follow Veronica on Facebook or through her blog, A Writer’s Journey.