Welcome to the blog tour for Clean Break, a m/m college romance between two men whose life plans are taking them in opposite directions. This story is sweet, slightly angsty, and a little kinky. I’m so excited to share a sexy excerpt from my new release with you. In this excerpt, Connor and Travis are playing Super Mario Brother 3 on the NES. There’s also a giveaway at the end of the post! 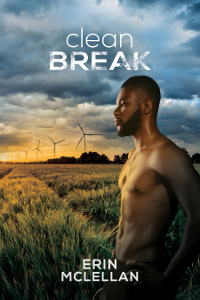 I handed him a controller and set up the game. I’d bought the NES at a public library fundraiser and wasn’t very good at playing it. My first gaming system as a kid had been the PlayStation, so playing the regular Nintendo was a throwback.

“How are we going to do these wagers?” Connor asked.

“We could bet on each level?”

“That sounds good.” His voice was weird. Lighter than normal.

“Let’s say that whoever beats the first level gets to choose which piece of clothing the other loses.”

“Travis, have you played this before?”

“Level one in the first world is easy. Most likely whoever plays it first will be the only one who plays it, so that’s not a very fair wager.”

I sighed. Sometimes his precision was cute.

All right, that was a lie. I always thought he was cute. It was a problem.

“What do you suggest, then?”

“How about if you finish the first level in under two minutes, you get to pick a piece of clothing for me to take off?”

I started the level, playing as Mario, and died right before I got to the end.

He finished the level in seventy freaking seconds. He got one of those leaf things, flew over the level as a raccoon, and then found an extra life and a secret passageway. Which, like, how did that make sense? Why could the raccoon fly?

“I want you to take off the shirt,” he said, a tiny smile creeping into his voice.

I whipped it over my head. “Are you really good at this game, or am I really bad?”

He shrugged. “My mom likes this game. We played it as a family a lot, even after we got newer consoles.”

I should have felt betrayed—he was essentially hustling me—but instead I was impressed by his Machiavellian maneuverings.

“What do you want to wager now?” he asked with an evil, and attractive, gleam in his eye.

We went on like this, with Connor helping me through every level. He knew where all the secrets were and kept winning extra lives. I was definitely coming out on the bottom in terms of our wagers. By the time we’d made it to the third world, Connor had started an Excel spreadsheet to keep track of the shit I owed him, like a huge fucking nerd, and I was playing dirty. I bet him that he couldn’t get through one of the levels with me kissing his neck the whole time.

He was out of breath at the end, though, and giving me an obscene show in his Wranglers. I changed tactics.

“If I die during this underwater level, then you have to spank me fifteen times.”

His eyes were greener tonight, and bright, like he was full of adrenaline. His silky, auburn hair was sticking up everywhere from my hands.

“You enjoy being spanked. You win if you lose.”

“Exactly.” I kissed his ear.

“What if you beat the level?”

“What if I beat the level?”

He pulled me into his lap, his huge callused hands scraping against the bare skin at my waist. He was, of course, still wearing most of his clothes, and I was in nothing but my boxers and my glasses. I was extremely bad at this game.

He grabbed my chin and excitement rippled through me. I was putty in his hands when he touched me all rough like that. Sometimes, at night alone in my bed, I imagined his fingers on my throat, his palm on my Adam’s apple, touching me with that same degree of roughness.

“Can I bottom in this scenario?” I asked.

“Can we be done with videogames after this level?”

He nodded again, but this time with a filthy fucking smile. I stuck my pinkie in his dimple.

He picked up his controller with slightly shaky hands and started the level. His breath was measured, but too much so, like he was trying hard not to show his nerves. My own nerves were out of control, as if I’d been dialed up to ten and was blowing out the speakers. Goosebumps exploded over my skin when he won. 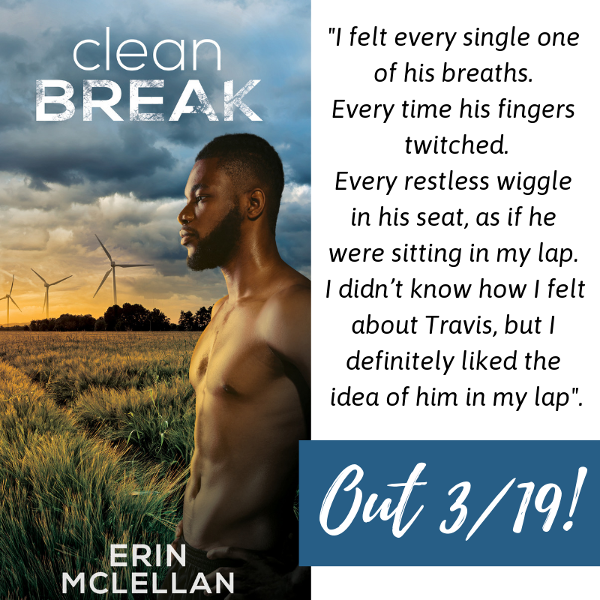 Travis and Connor do not like each other, but after being paired together in Entomology 101, their mutual hostility explodes into secret after-class hookups and unexpected feelings. With graduation looming near and their careers taking them in different directions, they’ll have to decide if a future together is worth adjusting their to-do lists and letting go of their carefully laid plans.

Erin McLellan is the author of several contemporary romances, all of which have characters who are complex, goodhearted, and a little quirky. She likes her stories to have a sexy spark and a happily ever after. Originally from Oklahoma, she currently lives in Alaska and spends her time dreaming up love stories set in the Great Plains. She is a lover of chocolate, college sports, antiquing, Dr Pepper, and binge-worthy TV shows. Erin is a member of Romance Writers of America and its Alaska chapter.