Owen Lipke is looking for adventure. When he hears about a ranch in the Muskokas catering to kinky men who don’t want to settle for backroom amateurs, he signs up in a second.

At the Braided Crop Ranch, Owen finds what he’s looking for: A sex-positive space with safety protocols and Doms (trainers) who know their business. And a stable full of well-behaved ponyboys to prove it.

END_OF_DOCUMENT_TOKEN_TO_BE_REPLACED

Babe thought he had done all the right things. He works a respectable job, owns his own home, pays his taxes, and throws jury duty summonses in the trash just like every other fellow American. He even stays faithful to his promiscuous boyfriend. But even through all of the right things, he is unsatisfied with his life.

END_OF_DOCUMENT_TOKEN_TO_BE_REPLACED 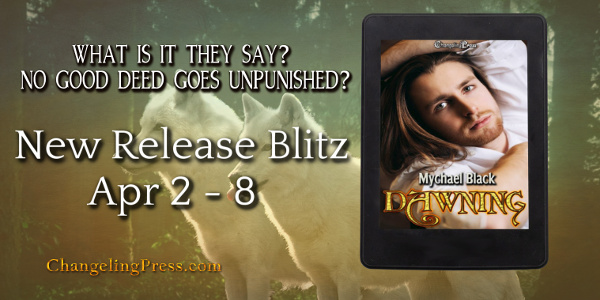 END_OF_DOCUMENT_TOKEN_TO_BE_REPLACED

When public defender Trevor Ortega finds himself dateless for his ex’s wedding, faking a relationship seems like the perfect solution. Less perfect is his thoughtless impulse to invite Sebastian Greer—friend, federal judge, and former boss—as his plus one. It would be a solid plan if not for one problem: Trevor’s been in love with Sebastian for years, and each fraudulent touch will remind him of everything he can’t have.

END_OF_DOCUMENT_TOKEN_TO_BE_REPLACED

When Henry Hughes and Cameron Jameson meet for the first time at a Coming Out Day party, it’s anything but love at first sight. In fact, it’s an unmitigated disaster, despite a scorching physical attraction.

Henry, whose social anxiety gets the better of him, humiliates Cameron, and when Cameron finds out about Henry’s past in adult films, he assumes he dodged a disease-covered bullet. Yet as Henry runs into Cameron again and again, he realizes he might have misjudged the younger man. He also realizes that Cameron won’t let go of his own initial view and thinks Henry is an unmitigated ass. First impressions are lasting impressions, and Cameron seems to misinterpret all of Henry’s words and deeds.

END_OF_DOCUMENT_TOKEN_TO_BE_REPLACED

It’s the summer of 1967 and the Sexual Offences Act has just decriminalized consensual gay sex in private between two men over twenty-one. Percy Wright and his friend Les Baker have both taken temporary jobs teaching English as a foreign language in London during their long summer break from teaching at a rural boarding school near Oxford.

Thirty-three year old Percy is keen to soak up some theatre, music and general culture, whilst the younger Les is also keen to experience the varied gay social scene. When Les picks up a man called Phil at the box office of the Albert Hall when he goes to buy tickets to a Promenade Concert, Percy inadvertently gets thrown together with Adrian Framlingham, Phil’s friend.